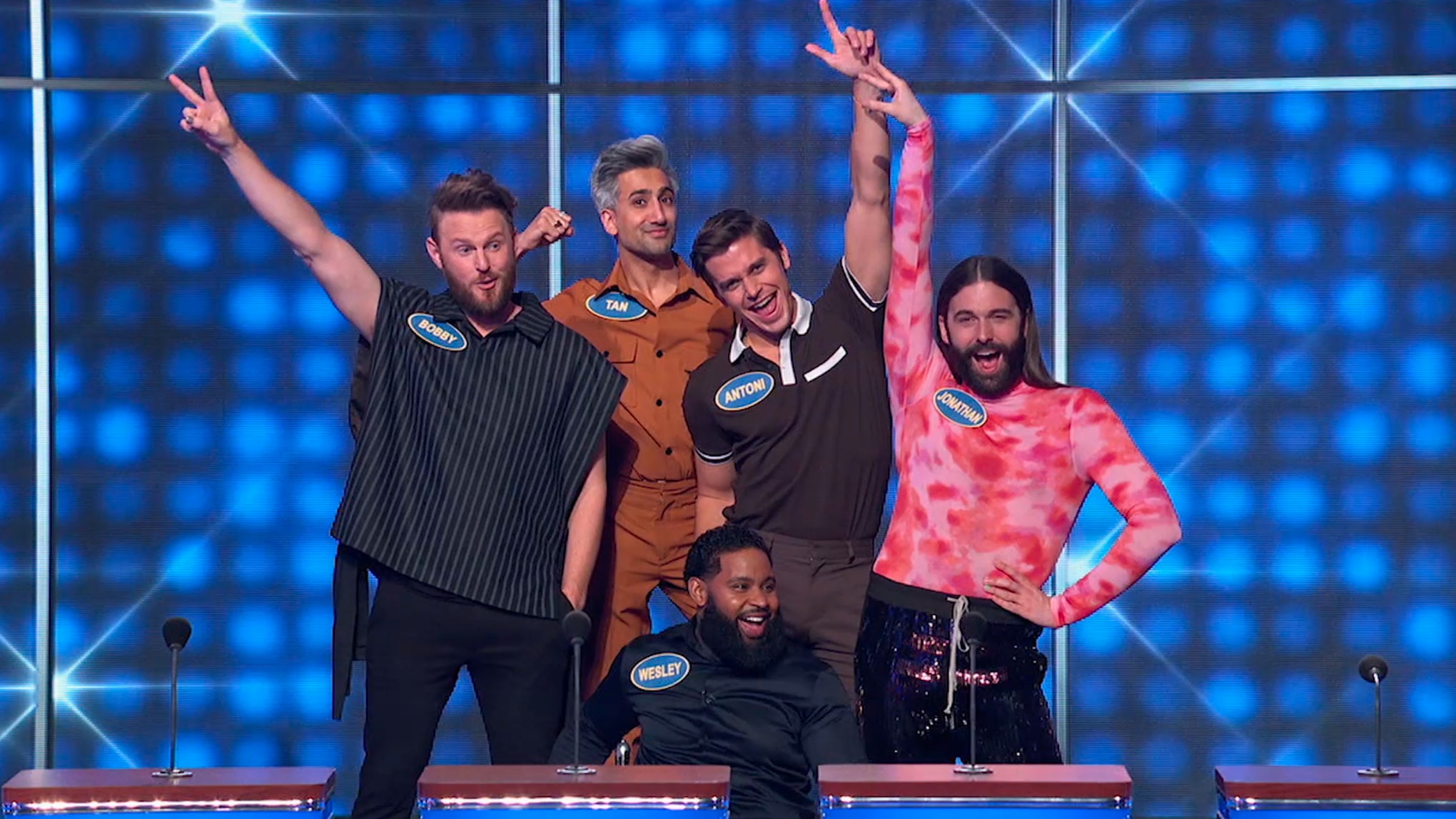 The new series of Celebrity Family Feud premieres on Sunday May 31st at 8pm ET/PT on ABC in the US. The channel can be easily watched by anyone without cable using Hulu + Live TV – currently there’s a FREE 1-week trial!

The new season kicks off by pitting the original Queer Eye crew, led by Carson Kressley, against the latest cast members from Netflix’s version of the show, captained by Bobby Berk. Needless to say, we’re in for a hilarious one-hour episode!

As ever, the show sees celebrities, along with their families and friends, go head-to-head in a contest to name the most popular responses to survey-type questions posed to 100 people to win money for a charity of their choice.

Future episodes are also set to see appearances from 2Chainz, Cedric The Entertainer, Big Boi, Kevin Nealon, Drew Carey and Drag Race star RuPaul. Read on to find out how to watch Celebrity Family Feud and stream every episode live no matter where you are in the world.

This bit is easy if you’re in the US, as anyone with cable can watch Celebrity Family Feud on ABC on Sunday’s at 8pm ET and PT – or 7pm CT.

ABC also has a free online platform where you can watch live episodes or re-watch previous instalments from the current season. You may need to enter your cable provider details first, so have these to hand for your convenience.

Alternatively, there are a slew of TV streaming services that should give you access to ABC programming. Each platform comes with a free trial period, usually of around 7-days – and as we’ve said before we think the Hulu + Live TV package is probably the best option for most people, especially when you consider its FREE one-week trial.

Other trustworthy options include:

How to watch Celebrity Family Feud from abroad

While anyone in the UK will find it easy to watch Celebrity Family Feud via ABC, folks elsewhere in the world may struggle to tune in to the new gameshow because of geo-blocking.

If this is the case, anyone from the US who’s currently abroad could consider using a VPN. This nifty bit of software changes your IP address so that you can access all the content and services you already pay for back home – just from anywhere in the world.

Once installed, select the location of your home country and simply click connect to watch Celebrity Family Feud at home from anywhere on the planet.