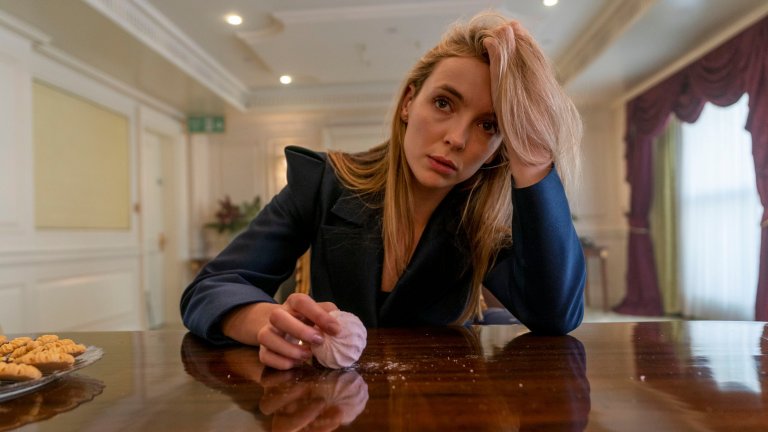 Eve and Villanelle’s spy games finally seem set to come to a head, in what looks like being a chaotic finale for the hit Phoebe Waller-Bridge show. Read on to find out to watch the Killing Eve season 3 finale no matter where you are in the world – including for free where possible.

The final episode of season 3 airs at 9pm ET on Sunday night on AMC and BBC America in the US – which means you can easily watch it without cable using a service like Sling TV. Either the Orange or Blue bundle will sort all your needs – and cost just $20 a month for the first month. After that, it drops for BBC iPlayer in the UK early Monday morning, where it’s available for on-demand streaming.

With a host of loose ends to tie up, Eve and Villanelle have a lot of ground to cover in episode 8. Read on for full details of your viewing options for the Killing Eve season 3 finale – but please be aware that potential spoilers lie ahead.

The tagline for episode 8 is “Are You Leading Or Am I?”, and its corresponding teaser trailer offers a few telling insights as to how events are set to play out. Not least, that the show’s two main protagonists look to have finally been brought back together.

Meanwhile, the official synopsis for the finale piles on the intrigue as to what the nature of their reunion will be like: “Konstantin makes a break for it. Carolyn might have finally found what she’s looking for. Eve and Villanelle try to work out what the future may hold for them…together or apart”.

While it’s fair to say the new series hasn’t been quite the big hit that its predecessors were with critics, we’re still hoping Waller-Bridge has pulled it out of the bag for the season finale. Whichever way the story pans out, you can probably expect a cliffhanger – as season 4 of the show has already been green lit.

Follow our guide as we explain all the easiest ways to watch the Killing Eve season 3 finale and stream the last episode of the show online from anywhere in the world.

How to watch Killing Eve online from outside your country

The coronavirus may have put old paradigms like holidays and work trips to bed temporarily, but the fact is international travel will one day resume in full – and you may even be stuck outside your country of origin, for whatever reason. If and when that’s the case, you could be forgiven for wanting a taste of home comforts, especially now.

If that means streaming the services you normally would, geo-blocking can prove to be a major obstacle – but fortunately there’s an easy solution. Using a little handy trick, you can get around these pesky digital borders using a VPN. This will allow you to gain access to Killing Eve as it happens by changing your IP to your nation of residence. But which VPN is best for you?

Once you have it, go ahead and open the VPN app, hit ‘choose location’ to virtually transport yourself home – it’s super easy to do. Once you’ve changed to an appropriate region, you just need to go to your home broadcaster and then you’re ready to watch all the twists and turns of the Killing Eve season 3 finale.

How to watch Killing Eve for free online: stream the season 3 finale in the UK for FREE

The BBC has been doubling-down on its digital credentials with Killing Eve season 3, airing the hit spy thriller on iPlayer before even dropping it on terrestrial TV.

This means that in the UK, the Killing Eve season 3 finale will be  first available to watch online via the Beeb’s streaming service, with new final episode of the series uploaded on Monday by around 6am BST.

It also means that a large number of people can watch Killing Eve for free – as all you need to stream iPlayer is a valid UK TV license.

If you’ve got one of these associated with your UK address but you happen to be abroad right now, remember that you can always try a VPN to get the same coverage you would at home.

The US has it even better than UK when it comes to watching the Killing Eve season 3 online. That’s because the Beeb has given first dibs to its BBC America off-shoot – with the final episode of this run set to air on Sunday at 9pm ET / 8pm CT. You can also watch it on AMC at the same time – with the cable channel easily available to cord-cutters through Sling TV.

The service offers two core packages, and either the Orange or Blue bundle will sort all your AMC needs – costing just $20 a month for the first month.

Alternatively, AMC is also available via another popular over-the-top streaming service, Hulu, which offers a FREE trial period so you can see if it’s right for you.

And remember, if you’ve mismatched a holiday or just so happen to be out of the US when you want to watch it – you can always use a VPN.

How to watch Killing Eve online in Australia

Aussies have it sweet when it comes to where to watch Killing Eve – ABC’s iview streaming service will drop episode 8 on Monday at  around 12pm local time.

And as ever, anyone who normally resides Down Under but finds themselves out of the country during this particularly difficult time can use a VPN to reconnect to the services and platforms they would normally use at home.

How to watch Killing Eve online: stream seasons 1 and 2 for free

If you’re new to Killing Eve, then there are worse things to do during a global pandemic than watch the first two seasons of the hit show.

Anyone in the UK or the US has it good, as the BBC show is available on a number of convenient streaming services.

In the US, the best option for binging Killing Eve right now is Sling TV, whose affordable $30 a month Orange bundle gets you the full back catalogue for on-demand streaming plus all the new season 3 episodes.

Another option is Hulu, which offers a FREE trial and seasons 1 and 2 of Killing Eve on-demand, but note that you’ll need its higher-end Hulu + Live TV package, which normally costs $54.99 a month.

Although BBC America does also offer its own option for a free season 2 Killing Eve stream – as does AMC to the best of our knowledge.

In the UK, it’s all gratis provided you hold a valid TV license in the country – in which case just tune into BBC iPlayer and watch Killing Eve seasons 1 and 2 for free online.

If you’re in Australia, you can watch Killing Eve season 1 on Stan – but beyond that you’re looking at paying to buy the show via a platform like iTunes.