How to watch Normal People: stream the new show online from anywhere 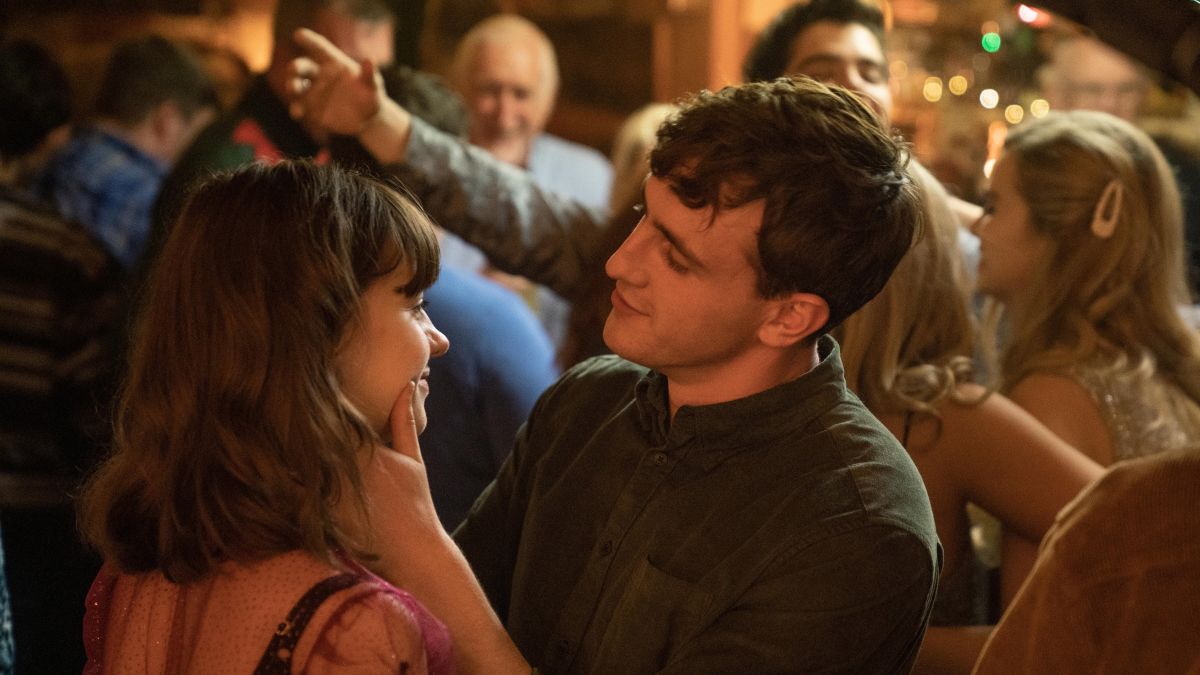 Normal People is a strong candidate for unexpected TV hit of the year. The transition of Sally Rooney’s 2018 must-read novel to a critically-acclaimed 12-part series produced by Hulu and BBC Three has been something to behold – especially for the pessimists out there. But then with hugely respected Irish indie director Lenny Abrahamson (Garage, Frank) at the helm of the show, what else would you expect? Don’t miss another moment of the drama – here’s how to watch Normal People online and stream every episode right now, no matter where you live in the world.

How to watch Normal People now

Jointly produced by the BBC and Hulu, all 12 episodes of Normal People are now available to stream on Hulu – the great value service costs just $5.99 a month and you can even get a FREE 1-month trial to check it out. In the UK, episodes air Monday nights at 9pm on BBC One and the box set is live on iPlayer.

The show follows the rollercoaster relationship of Irish teenagers Connell (Paul Mescal) and Marianne (Daisy Edgar-Jones). They attend the same secondary school – or high school – in County Sligo, and later spend their university years together at Trinity College Dublin.

Things are far from straightforward between them, though, as Marianne comes from a wealthy family who Connell’s mother cleans for – and the two also blossom socially at different times. Connell is a big shot Gaelic football star at high school but becomes a fish out of water at university. Marianne, on the other hand, finds her feet at precisely the same time.

We won’t give too much away, but it’s safe to say that first the book and now the TV show put the insecurities of young people under the microscope in an illuminating way, sparking conversations about a number of important issues including depression, suicide and abuse – please bear this in mind before watching.

An instant entry into the best Hulu shows this May, read on as we explain all the easiest ways to watch Normal People online for free – stream the show in Ireland, the UK, US, Australia and many more countries by following the simple steps outline below in our guide.

How to watch Normal People online from abroad

The coronavirus has stalled holidays and postponed work trips indefinitely, but international travel will resume one day – and you may even be stuck outside your country of origin, for whatever reason. If and when that’s the case, you could be forgiven for wanting a taste of home comforts, especially during these difficult times.

If that means using the streaming services you normally would, geo-blocking can prove to be a major obstacle – but fortunately there’s an easy solution. It’s called a VPN and it’s a handy trick that lets you get around digital borders and will allow you to watch Normal People by changing your IP address to your nation of residence. But which VPN is best for you?

Once you have it, go ahead and open the VPN app, hit ‘choose location’ to virtually transport yourself home – it’s super easy to do. Once you’ve changed to an appropriate region, you just need to go to your home broadcaster and then you’re ready to watch Normal People online.

How to watch Normal People online in the US for free

Normal People has been released as a box set in the US – with the big drop landing on Thursday, April 29. Great value streaming service Hulu is where you’ll find it, and the good news is that it’s available as part of the cheapest $5.99 a month plan.

The even better news is that you can also watch Normal People for free in the US, as Hulu is currently offering a special 1-month FREE trial – which should be plenty of time to squeeze in all 12 episodes of the Sally Rooney adaptation, given the current situation.

And remember, if you happen to be out of the US for whatever but already subscribe to a streaming service, you can likely watch it wherever you are by deploying a VPN.

How to watch Normal People for free online in the UK

The BBC continues to go all-out with digital during the coronavirus lockdown, releasing Normal People as a box set on iPlayer before airing the first two episodes on terrestrial TV from April 27.

This means that those who prefer to pace their viewing can catch Normal People every Monday night at 9pm BST on BBC One, while those who want a new show to binge need only navigate to iPlayer to watch every episode for free right now.

The only caveat to watching iPlayer for free is that UK streaming services now require a valid TV license to use, but assuming that’s been paid, Brits abroad can use a VPN and tune in to the Beeb online just like they would at home.

How to watch Normal People in Ireland

BBC One and therefore iPlayer are only available in Northern Ireland, but fortunately it’s also being shown on television in the Republic.

The first two episodes of Normal People aired on Tuesday, April 28 at 9pm on RTÉ – after which they should be available for streaming via the national broadcaster’s online platform, RTÉ Player.

All the episodes won’t drop at once as in some other countries, though – but anyone in Ireland from a country where they are all available can watch Normal People like they would at home by using a VPN.

How to watch Normal People online in Australia

Aussies have it sweet when it comes to watching Normal People, as the show has been picked up by over-the-top platform Stan.

It offers packages starting from just $10 a month, but better still there’s a FREE 1-month trial you can check out – letting you not only stream Normal People but see all the other great content the service has on its books.

As in the UK and US, all episodes are dropping at once, so you’ve got a tidy little binge-watch in the making Down Under – and anyone who finds themselves away from home for whatever reason can always use a VPN to reconnect to whatever they would normally watch from home.