How to watch Penny Dreadful: City of Angels online from anywhere 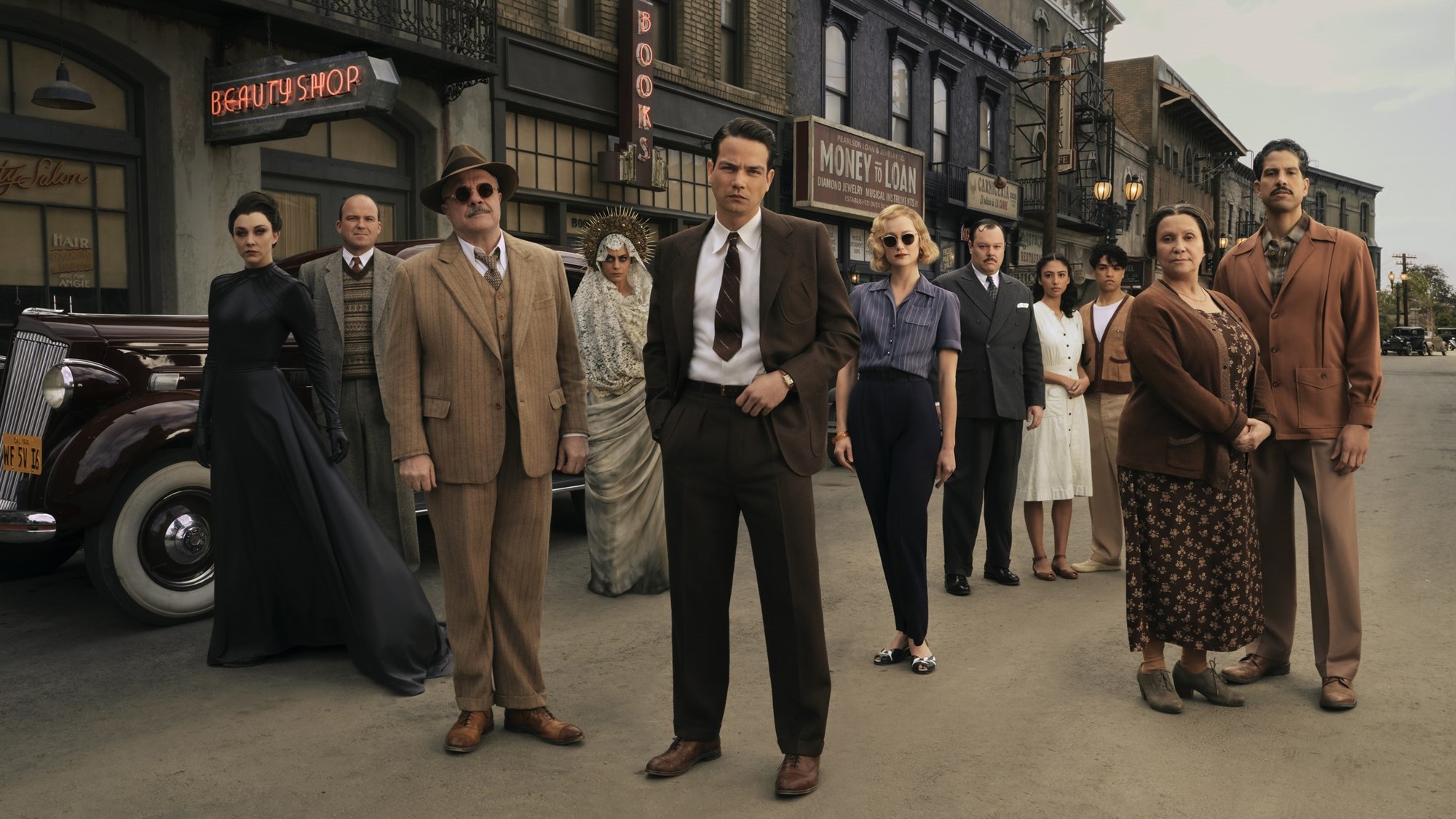 John Logan’s much-loved gothic series, Penny Dreadful, is back on TV – but with a new and game-changing LA setting. All the pitch-black horror you’ve come to expect from the series is still there, though, so read on to find out how to watch Penny Dreadful: City of Angels online for free – stream every new episode from anywhere with the help of our guide.

The Penny Dreadful spin-off premiered on Showtime in the US on Sunday, April 26. New episodes air on the same day each week at 10pm ET/9pm CT and the 10 episode season is due to run until late June. Anyone without cable can watch it for FREE with a Sling TV subscription, as the service’s all-new Premium Pass is currently included with every package at no charge.

After a four year break, the show is now back with this spin-off that dispenses with Victorian-era London, and heads to west coast America in the 1930s, drawing on Mexican folklore and the social tension of the times as its main inspirations.

City of Angels revolves around a grisly murder that shocks pre-WW2 LA , with Detective Tiago Vega (Daniel Zovatto) and his partner Lewis Michener (Nathan Lane) tasked with solving the crime.

The show co-stars stars Game of Thrones’ Natalie Dormer as a demonic force who is set to battle Once Upon a Time in Hollywood’s Lorenza Izzo as Santa Muerte,

The Victorian-era Penny Dreadful Was one of the most critically acclaimed shows of recent years, so expectations are high for this La La Land reboot. Keep reading to find out how to watch Penny Dreadful: City of Angels online wherever you are.

Watch Penny Dreadful online from outside your country

If you find yourself away from home abroad during the lockdown and want to watch thIs dark new drama, then make sure not to let geo-blocks ruin your fun.

If you’re in a country where your domestic TV service isn’t available, utilizing the best VPN will allow you to watch Penny Dreadful: City of Angels online no matter where you’re situated. This simple piece of software changes your IP address, so you can access each episode live or catch-up with the series, just as if you were at home.

There are hundreds of VPNs to choose from. Our personal favorite is ExpressVPN. It’s quick, secure and uncomplicated to use. It’s compatible with numerous devices, including Apple TV, Amazon Fire TV Stick, the Xbox, PlayStation, and both iOS and Android software.

What makes ExpressVPN even more enticing is its flexible 30-day money back guarantee. But then again, if you sign up for an annual plan you’ll get a 49% discount and 3 months extra FREE – a brilliant deal on an essential bit of software.

Once downloaded, search for the location of your home country or select it from the pre-defined list, and then connect. You should then be able to watch Penny Dreadful: City of Angels online without any difficulty.

How to watch Penny Dreadful online for FREE in the US

While Penny Dreadful is produced by premium cable network Showtime, there are still a number of ways you can stream the show online in the US.

Cord-cutters will want to give serious consideration to watching via a streaming service. For example, Sling TV is offering its new Premium Pass FREE for a whole month when you sign up (or have already signed up) for any of its three main packages – Showtime is included in the Premium Pass deal, as are Starz and Epix.

Another great value streaming service is Hulu, which starts at just $5.99 a month, boasts a FREE 30-day trial period, and offers Showtime as a $10.99 per month add-on – complete with its own free trial. It’s also got all four previous seasons of Billions available for on-demand streaming as well as offering season 5’s episodes.

You can also get Showtime via Amazon Prime Video, and the channel even offers its own standalone streaming service that costs just $10.99 a month and is completely contract-free – try it for free to see if it’s right for you.

Also, don’t forget that as per our guide above, if you find yourself out of the country, you can use clever software like ExpressVPN to watch Penny Dreadful: City of Angels just as if you were at home.

How to watch Penny Dreadful: City of Angels online in the UK

The good news is that Sky Atlantic will be bringing the new Penny Dreadful spin-off to UK audiences. The bad news is that it’s not scheduled to air the show until July.

However, if you’re currently in the UK from a country where City of Angels is airing right now, all you need to do is grab a VPN and you’ll be able to access whatever streaming service you normally use and pay for as usual.

Just rear in mind that you may have to verify your country of residence with credit card details or similar proof, so be sure to have these handy to make the process as quick as possible.

How to watch Penny Dreadful: City of Angels online in Canada

Canadians can get their gothic fix via streaming service Crave, which will be showing new episodes of the show at 10pm ET from Sunday, April 26.

The service costs $9.99 per month, and includes hit TV series and premium channel Showtime. There are also a number of upgrade options available for an additional fee.

How to watch Penny Dreadful: City of Angels online in Australia

Aussie streaming service Stan has the rights to show Penny Dreadful: CIty of Angles Down Under and will have the first episode available on demand from April 26, with new episodes added every Sunday.

The movie and TV streaming service offers three tiers: for $10 a month, you get a single standard definition stream and downloads to one device, while $14 a month gives you three streams and downloads to three offline devices.

Where can I watch old episodes of Penny Dreadful?

If you’re a bit behind on the show, the good news is that the first three seasons are are available on a number of on demand services.

US: Hulu subscribers get access to all three previous seasons on demand. If you’re new to the show, Netflix also has access to the first three seasons available on demand.

Canada: As with City of Angels, Crave is the place to head to if you want to watch the preceding three seasons set in Victorian London, which has all previous episodes available on demand for subscribers.

UK: All past episodes are available in the UK via Sky’s no-strings-attached streaming service Now TV, which is currently offering a free 7-day trial.

Everywhere else: If you can’t find on-demand access to old Penny Dreadful episodes where you are, there’s always a VPN. Simply switch your location back to your country of origin, and you’ll be able to binge the last three seasons of Penny Dreadful using your favorite service just as you would back home.