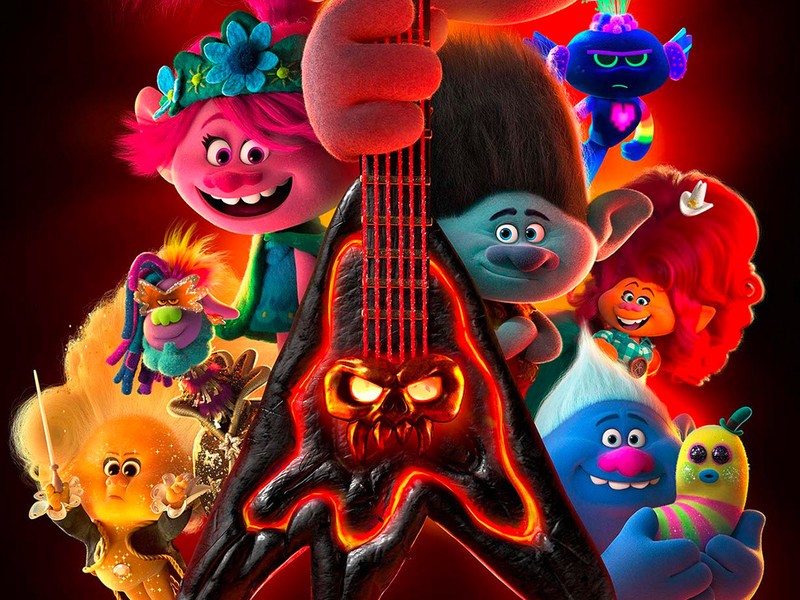 Is your living room ready to rock? You’d better check now, because Queen Poppy and her friends are back! The blockbuster sequel to one of 2016’s biggest movies, the new Trolls film was released to VoD services early this year because of You Know What – so read on to find out how to watch Trolls World Tour and stream it online from anywhere.

Yes, the coronavirus pandemic has meant that the intended theatrical release of Trolls World Tour was canned – but the beat very much goes on for this music-focused follow up, as Poppy (Anna Kendrick) and Branch (Justin Timberlake) discover that they’re one of six different Troll tribes scattered across the world.

Each of the tribes are loyal to six different genres of music, but when a member of the hard-rock trolls attempts to destroy all other kinds of music, Poppy, Branch, and their new friends have to try and save the day.

Like the first Trolls movie, World Tour has a hit-packed soundtrack and features the single “The Other Side” by SZA and Justin Timberlake, along with new songs and classic tracks performed by Anna Kendrick, Anderson .Paak, HAIM, Kelly Clarkson, Dierks Bentley, and Rachel Bloom. We reckon kids and parents alike will be singing along in no time.

Alongside the likes of James Corden and Kunal Nayyar returning to voice familiar favorites Biggie and Guy Diamond, the likes of Sam Rockwell, Jamie Dornan, Mary J Blige, and the Prince of Darkness himself Ozzy Osbourne, all lending their dulcet tones this time out.

Read on to find out how to watch Trolls World Tour online and stream it from anywhere on earth – our guide explains all in language that’s easy to understand.

How to watch Trolls World Tour from outside your country

While many of us are no doubt still at home, you may find yourself abroad during these unprecedented times – or in the near future, when restrictions are further lifted and global travel resumes in earnest. Unfortunately, when it comes to watching your usual streaming services from other countries, this isn’t always possible due to annoying geo-blocking restrictions.

However, there’s an easy remedy. Downloading a VPN lets you watch movies like Trolls World Tour and much more no matter where you are in the world. This simple bit of software changes your IP address so that you can keep streaming movies and TV shows anywhere.

Once installed, select the location of your home country and simply click connect. You’ll then be able to easily watch Trolls World Tour from pretty much anywhere in the world.

How to watch Trolls World Tour: stream online in the US

Streaming Trolls World Tour online in the US is easy and it’s available to watch on a large number of services right now. The most familiar option for many will be Amazon Prime Video, which lets you rent Trolls World Tour in HD  and 4K for $19.99.

You don’t have to be a Prime subscriber to rent movies outright on Prime Video, but members do benefit from a load of free content and can binge-watch shows like The Americans, Jamestown and Downton Abbey for free – there’s even a FREE 30-day trial to let you check out Amazon’s premium tier.

Apple via iTunes , YouTube, Google Play and Fandango Now are all also offering Trolls World Tour in 4K HDR for the same price.

There’s no confirmed date for when the film will be available to buy rather than rent on digital platforms in the US, but we’d expect that option to become available within the next six weeks.

Remember, if you find yourself out of the country, you can use clever software like ExpressVPN to watch Trolls World Tour just as if you were at home.

You can rent Trolls World Tour online in the UK right now through any number of streaming services, but you may feel most at home with Amazon Prime Video, where it’s priced at £15.99 to rent in HD.

And likewise, while the film doesn’t come as part of the free Prime Video catalogue, there’s plenty of great stuff that does – everything from Mr. Robot, Star Trek: Picard, and Justice League to Paddington 2 – so grab a FREE 1-month Prime trial and check it out.

Other options for watching the film in the UK include iTunes which like Amazon, offers the film in 4K and Google Play and YouTube, which both offer the film in HD. For Sky subscribers the most convenient option is likely to be renting the film directly to your box via Sky Store, which is also offering the film in Ultra HD for Sky Q customers. All the above options are priced at £15.99.

As with the US, there isn’t a confirmed date for when the movie will be available to buy in the UK, but we suspect that option should become available at some point in May.

Currently stuck in or out of the UK? Remember you can access all the normal services you would at home by using a VPN.

How to watch Trolls World Tour online in Australia

The news isn’t so great for anyone wanting to watch the film Down Under. The film is still going to run in cinemas in Australia before getting a home release, with the film now set to open in theatres this September.

However, anyone stuck in Australia for whatever reason wanting to watch Trolls World Tour online like they would in the US or UK can just use a VPN to point themselves back home and stream the movie via Prime Video or whatever other service they choose.

How to watch Trolls World Tour online in Canada

Trolls World Tour has been rush released to iTunes in Canada and is available in 4K and Dolby Vision for $19.99.

And remember, if you find yourself in Canada and want to stream the film online as you would at home, you can do so by using a VPN.