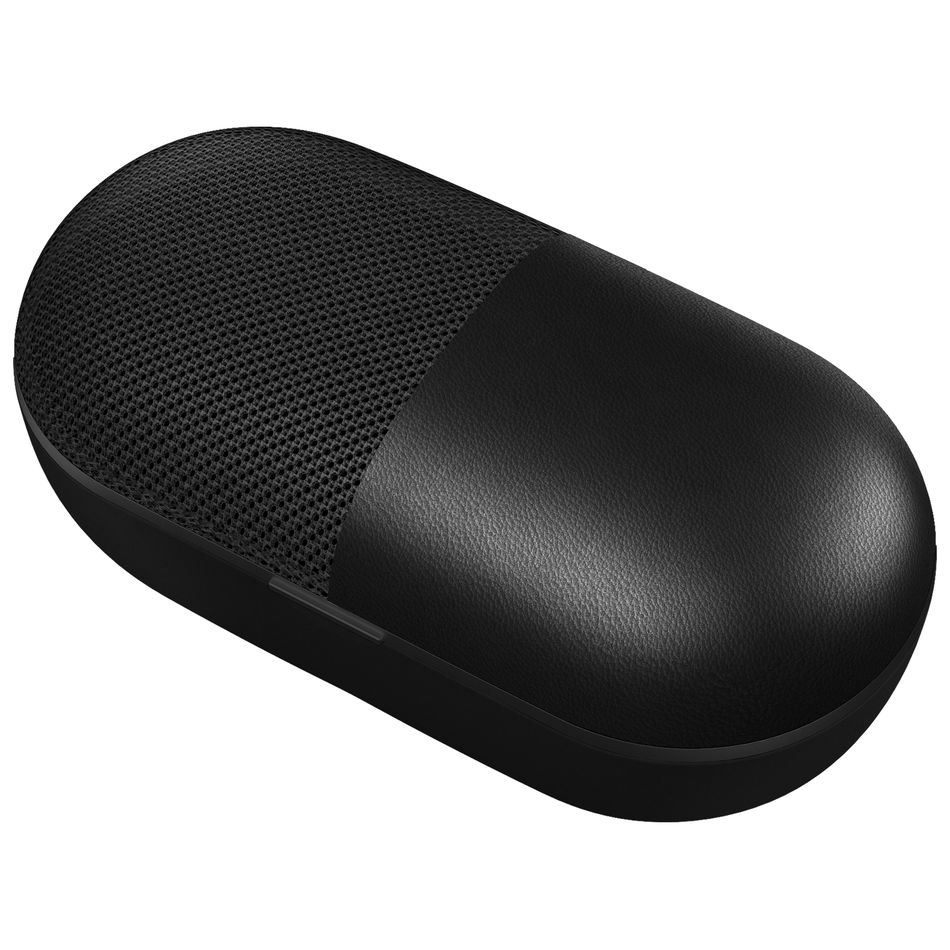 People love AirPods, but not everyone can afford them. As such, recent years have brought about the rise of cheaper alternatives in the wireless earbuds space, some of which have to work to stand out amongst the big-name competition. Case in point: iLive’s Truly Wire-Free Earbuds.

The concept behind iLive’s buds is simple and enticing: They’re wireless buds not unlike AirPods, but when you put them in the charging case, that case turns into a portable Bluetooth speaker. Even more appealing is their $70 price point, a bonafide steal compared to rival offerings from Apple and Google. Plus, they work without an app or any other software, which keeps things refreshingly simple.

First, the basics: iLive’s earbuds feature a 16mm driver and approximately six hours of battery life when listening at medium volume. Of course, that battery life can be extended by the portable charging case which packs enough juice for two full charges. There are also touch panels on both earbuds for basic playback and track-skipping controls.

Pairing the buds to a phone is as simple as any other Bluetooth device, though they don’t automatically de-sync or pause when you take them out of your ears. That’s because you can place them in the pill-shaped charging case and convert it into a small speaker.

When used as a speaker, expect about four hours of battery life at medium volume. Neither mode results in outstandingly rich audio, but the earbuds do get loud enough to drown out ambient noise without active noise reduction. That said, audio output isn’t impressively deep as densely composed songs with lots of instruments playing at once tend to sound flattened out. But the bass kicks better than you’d expect and actually compares favorably to Google’s Pixel Buds.

While I prefer earbuds that de-sync upon removal from the ears, putting them into a little case that turns into a speaker is a genuinely cool idea. And much like the earbuds, the speaker makes up for its lack of high-end audio quality with pure loudness. I used it to listen to podcasts and music while I worked, and it performed those duties admirably.

I can’t say the same, however, for the earbuds. Their sound output is adequate in the best of circumstances, but even those moments are hard to come by. More on that in a bit…

One thing you should know about me is that I take the song “Dragula” by Rob Zombie very seriously. I’m not sure if I actually think it’s cool, or if I just think the idea of thinking it’s cool is really funny. (I get a kick out of thinking about late-90s parents freaking out over their kids listening to a metal song about the car from The Munsters.)

So the worst thing I can say about iLive’s earbuds is they made “Dragula” unlistenable due to massive Bluetooth interference. They did the same for basically anything I listened to as soon as I decided to venture outside with them. That’s not great, obviously, because earbuds are most useful away from home.

I wish I were exaggerating here because when both earbuds actually managed to stay synced, they’re passable for the reasons I described above. Sadly, I don’t recall ever making it through an entire song without the right earbud, specifically, dropping out or producing brief moments of static. This happened on multiple walks around my neighborhood, regardless of how bustling it was at the time.

The worst thing I can say is they made “Dragula” unlistenable due to massive Bluetooth interference.

You get a tiny bit of this signal interference in New York City with even the best Bluetooth headphones or earbuds, but it’s usually relegated to busy intersections packed with cars and pedestrians. Not so with iLive’s earbuds, as it seemed like being near any other moving objects caused interference.

It didn’t matter where the tethered phone was in relation to the earbuds. It could be in my hand less than a foot away from my ears and the interference was still overpowering when outdoors. Even in my home with the phone next to me, the right channel still briefly dropped out once or twice during a song. It’s not nearly as bad as the outdoor experience, but I couldn’t even get rock solid reliability in my bedroom.

And that’s a massive, unspeakable bummer. I wanted to like these earbuds because the convertible form factor is novel in the best way and, ultimately, an attractive lure for any interested buyers on a budget. But they just did not work in the situations where you’d expect earbuds to work. In fact, I’d say you’re better off looking at other options instead.

Thankfully, there are plenty of other buds you can consider in this price range without necessarily worrying about a hit on performance. My personal recommendation for the same budget price point would be JLab’s Air Executives, which came out last year. I used them back when New York City actually still had people and cars on the streets, and I don’t recall experiencing interference anywhere near the level I did with iLive’s model.

Another wise option might be to look at older models of big-brand flagships. Samsung’s original Galaxy Buds may not be as good as their successors, but they’re going for about $100 on Amazon at the time of writing. That’s not a huge jump in price from iLive’s earbuds, but it’s almost certainly a sizable jump in quality.

Of course, neither of those alternatives come with charging cases that turn into speakers. It’s a sad concession to make, but a necessary one if you want wireless earbuds that won’t ruin your favorite songs.

iLive’s hybrid attempt here is admirable — and something we’d like other tech brands to imitate —but poor Bluetooth performance ultimately makes them impossible to recommend.