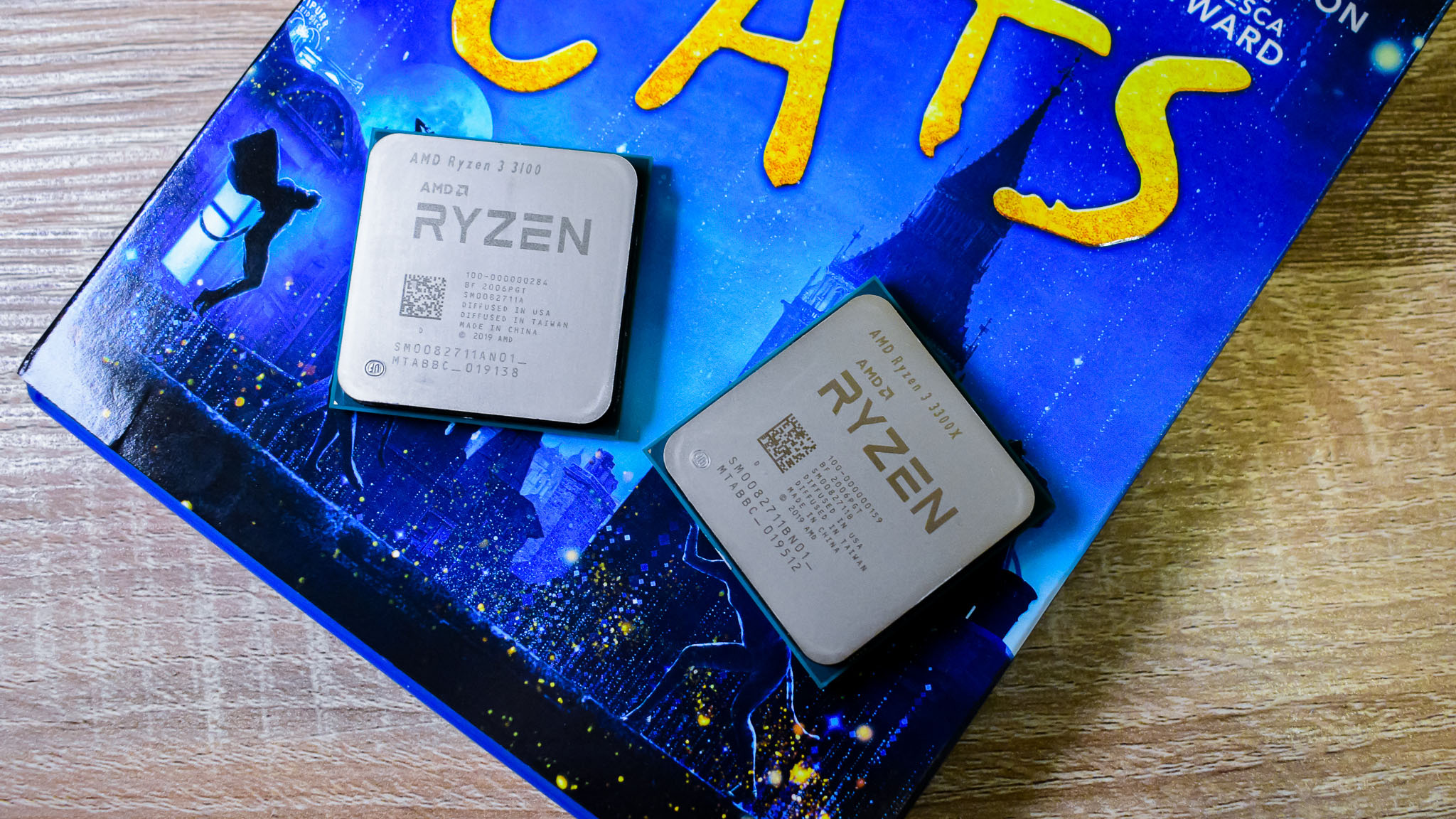 AMD has just launched its Ryzen 3 3100 and 3300X processors, and they’re basically the best thing that’s happened to the $100-$150 price range in years. Not only are these processors extremely affordable, but thanks to the Zen 2 architecture they’re built on, they provide some pretty significant performance improvements, too.

But AMD isn’t alone here. Intel gets a lot of hate these days, and we totally get it. We were stuck with 9th-generation Coffee Lake Refresh processors for nearly two years, and even those stopped being impressive a couple months after they hit the streets.

Comet Lake-S is here, though, and while we haven’t had the chance to test these processors, the entire product stack now has Hyper-Threading, along with much higher boost clocks (and power consumption).

So, basically, we’ve reached the golden age of PC building, and there’s a lot to be excited about.

Ryzen-fueled CPU competition has paid off

Ever since the first AMD Ryzen processors made their way out, people have been saying that it would drive both major CPU manufacturers to release better products for cheaper. And, while AMD processors were continually getting better and better, Intel was stuck on a 14nm process, seemingly in defiance of the advancements AMD was making.

Team Blue just kept upping TDP and clock speeds and doubling down on its status as the “best gaming CPU”. But that can only go so far.

Eventually, however, multi-threaded processors were inevitable. While Intel isn’t new to releasing processors with Hyper-Threading, this is the fist time in a long time where Hyper-Threading is coming to the whole desktop lineup – all the way down to the Pentium Gold G6400T.

This means that no matter what kind of budget you have for building a PC, you can get strong multi-core performance. Even if you only have a couple hundred bucks, you can build a PC that’s not only strong enough for the best PC games, but also good enough to get some video editing done.

For the longest time PC games were extremely single-threaded applications. Even to this day, there are a ton of popular titles that will only really use one or two of your CPU cores, ignoring all the rest.

Because a vast majority of gaming PCs use Intel processors still – even if AMD has been killing it in sales over the last couple of years – this hasn’t really been a huge problem. Intel processors in general feature very strong single-core performance, which has led to Team Blue’s reputation as the company behind the best gaming processors.

There have been plenty of games over the last few years, however, that have bucked that trend. Titles like Battlefield V and Assassin’s Creed Odyssey are heavily threaded, leading to much stronger performance across the board. In fact, many of the PC games we test for our performance test articles have started splitting processing among many cores, with Doom Eternal and Red Dead Redemption 2 being major ones.

And when you consider that the next generation consoles both feature AMD Zen 2 processors with 8 cores and 16 threads, we fully expect this to continue well into the future. With the huge install base that consoles bring with them, it’s impossible that games won’t be optimized for processors with many cores.

Even before these consoles come out, though, multi-core processors are quickly becoming the baseline for gaming PCs. According to the latest Steam Hardware Survey, the amount of CPU cores in gaming PCs is obviously growing. Quad core processors are down to 48.89% of the market, from 52.49% in December.

Hexa-core processors, thanks to mainstream heroes like the Ryzen 5 3600 and the Intel Core i5-9600, have grown from 20.13% of the Steam userbase to 22.58% in the same 5-month period, while 6.7% are now using high-end 8-core chips. If 6- and 8-core processors continue to grow in popularity like this, gaming will inevitably become multi-threaded – that’s how technology works, after all.

It’s the perfect time to build your budget gaming PC

Building a gaming PC, especially if you want to tackle the latest and greatest PC games, is an expensive venture. Even if you go with solid mid-range hardware like the Ryzen 5 3600X and an Nvidia GeForce RTX 2060, you’re still probably looking at a pretty sizable price tag.

Anything that can bring down that barrier of entry is a good thing in our books, and both AMD and Intel have come out with 2020 processors that have done so. We haven’t had the chance to test the newly-announced Intel Comet Lake-S desktop processors yet, but just taking a look at the Core i3 product stack, we can just tell that they’ll provide an excellent solution for folks trying to save cash on their gaming PC.

This is one of the odd times where both major CPU manufacturers are providing very compelling products, and it couldn’t come at a better time. We predict that CPU requirements are going to change a lot over the next couple of years, so we couldn’t be happier that Intel and AMD are providing this kind of power to everyone.

So if you were on the fence about building that “cheap gaming PC” that people on internet forums are always telling you is possible, now’s the time to do it. The best part, though – you don’t have to compromise on awesome CPU performance to get a $100 processor anymore.