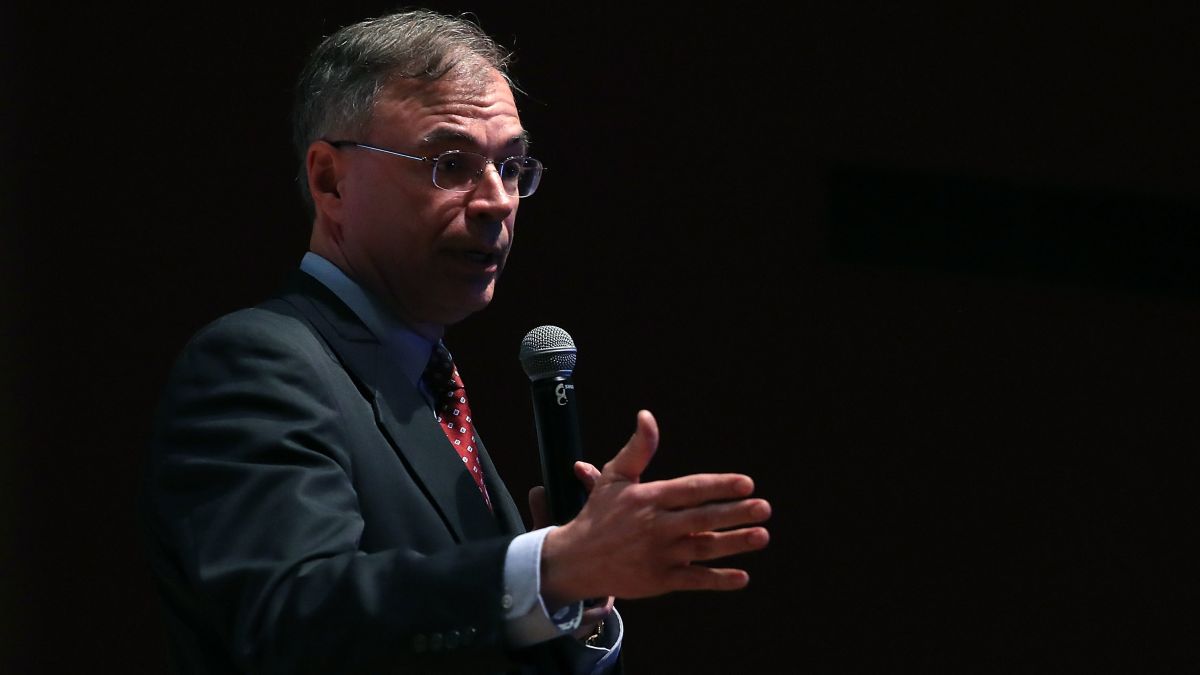 The coronavirus pandemic is truly showing us who the real snakes in Congress are. We already had an idea, of course, given how many right-wing lawmakers deny climate science, but even in the face of endless death, these fools continue to ignore science and public health all in the name of good ol’ American pandering.

The latest slew of crap comes from Republican Rep. Andy Harris of Maryland. On Friday, he wrote a letter to the Department of Health and Human Services and the Environmental Protection Agency requesting a federal review of the early evidence finding a link between air pollution and covid-19 deaths. That research was preliminary, and the authors from Harvard University updated the findings after publication, correcting their original estimate that exposure to particulate matter was associated with a 15 percent increase of death to 8 percent.

This all became fuel for Harris’ letter, where he calls on federal agencies “to accurately communicate the best available scientific understanding of the virus and the factors that may influence patient outcomes, not only to ensure American citizens are not misinformed but also to enable proper allocation of resources as Congress funds the government’s response to the pandemic.”

This might sound reasonable to some—but if you dig just a little beneath the surface, it sounds like an appeal to ensure that communities of color, especially the black, Native, and Latinx communities being hardest hit right now, do not receive the attention they need from lawmakers to fix the terror they are currently facing.

Environmental groups and Democratic lawmakers have used this study to argue for increased monitoring on the racial gap in covid-19 deaths, as well as to argue for increased environmental protections. Such data and protections could help reduce the burden these communities already face at the hands of the virus. Harrison is instead attempting to undermine this study by calling for a review of it by the EPA and HHS rather than independent peer review.

More data has come out since that Harvard paper to support the theory that air pollution influences the impact of the virus on a person’s body. And it makes sense given that air pollution and the virus can both attack a person’s respiratory system. Science is not always perfect and it is rarely finished—one study is just one piece in a large, lengthy, complex process—yet Harris seems to expect perfection right away. Somehow, he expects a review from a Trump-run federal government to accomplish this perfection.

Mind you, this is the same fool who was out and about Saturday, speaking at a Reopen Maryland rally. Yes, seriously. A letter criticizing a scientific study from a person who does not take seriously the basic advice of health officials—wear a face mask, stay six feet away from others—holds zero merits. Why should anyone trust him on any science-related issue?

Meanwhile, pastors and bishops are out here dying due to covid-19.

Harris is one of a growing number of Republican “leaders” who apparently don’t give a damn about human life and are willing to play into people’s worst instincts to score political points. Those protesting to reopen the government? They only care about their ability to put food on their table, not those dying from the virus and the families they leave behind. As for Harris? He appears concerned with the attention this research brings to the EPA’s deregulatory agenda. Because remember, the agency took this health crisis as an opportunity to reduce the enforcement of environmental laws that prevent such air pollution in the first place.

I didn’t think Republican legislators could get worse. I was wrong.