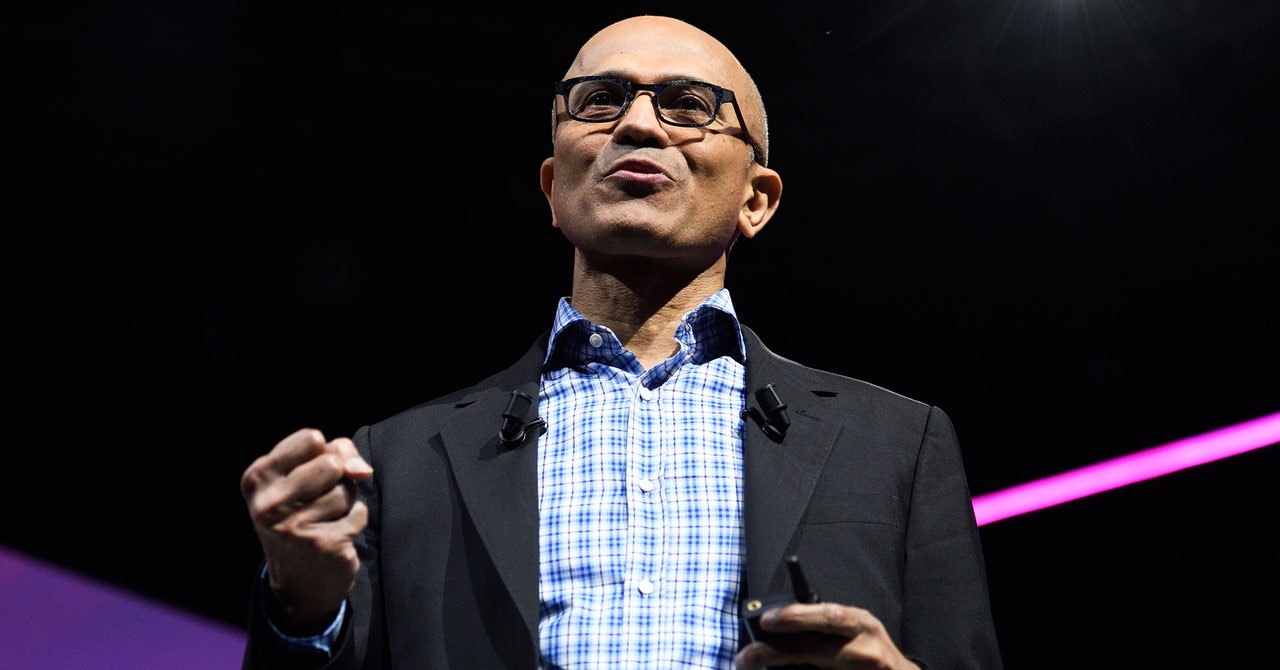 This morning, Microsoft kicks off the first ever virtual iteration of Build, its annual conference for the developers who make software for Microsoft’s platforms. As in years past, the company will use Build to detail updates to its sprawling suite of software: improvements to Windows; expansions of its Azure cloud-computing platform; and enhancements to Teams, Microsoft’s office productivity tool that competes with Zoom and Slack. If you squint, this year’s Build almost feels like business as usual.

In normal times, Build signals the arrival of tech conference season, the string of developer events like Apple’s WWDC and Google I/O that dot the spring calendar. These are glitzy, expensive affairs, complete with crowds of coders and rousing keynote speeches—well, at least as rousing as news about “operational database services” and “industry-specific cloud solutions” can be. But the Covid-19 pandemic, as it is wont to do, has changed the script. Conferences that haven’t been outright canceled have been moved online. This year, Build is a 48-hour marathon of remote video streams. It’s also free for the first time, meaning anyone can register to attend the whole thing, or just watch the keynote and highlights.

In addition to the changes in format, Microsoft, like just about every other company, has been forced to pivot its messaging to suit the times. Sure, Build will still consist primarily of complex techno-speak aimed at the developer audience. But for the layperson, it also serves as a useful glimpse into how one of the biggest companies on the planet plans to address the changing needs of its customers.

Ben Bajarin, principal analyst at market research firm Creative Strategies, says that the big challenge for software companies responding to the coronavirus pandemic is finding ways to handle immediate demand. For example, usage of Microsoft Teams has skyrocketed 70 percent since shelter-in-place orders began, to 75 million active users. It was an unprecedented jump that the company suddenly had to deal with.

“The growing demand and the load on their servers was priority number one,” Bajarin says. “Everything else just sort of went on the back burner until they knew they could handle the load of, in some cases, tens of millions of new customers almost overnight.”

While it’s not limited to videoconferencing, Teams is gaining ground against Zoom, the current video meet-up heavyweight. (Since its own explosion in growth, Zoom has come under increased scrutiny for its misleading claims about security and user numbers.) Teams, being an enterprise-oriented platform, is more cumbersome than Zoom. But it also benefits from tight integration with Microsoft’s other products, which lets users to work on just about everything in one place.

“It’s really a two horse race when it comes to kind of those solutions,” Bajarin says. “And they’re battling this out in a kind of head-to-head battle. Each of them have areas to catch up.”

Many of Microsoft’s recent software improvements have focused on unifying the user experience. The company wants Teams to be a one-stop shop, with the ability to seamlessly integrate other software—Microsoft-made or otherwise. New enhancements to Teams being announced today include customizable extensions for software apps, tools for building bots that work with Teams, and compatibility with organization apps like Bookings and the new Microsoft Lists. Also new are some advanced tools for sharing live events, so companies can run seminars, global meetings, or conferences of their own entirely within Teams.

By contrast, Microsoft’s bigger, flashier announcements have had to wait. The company recently delayed the release of its two dual-screen devices, the Surface Duo and Surface Neo, as well as its planned dual screen operating system. Though the company recently launched a collection of consumer PC products, and though it intends to keep a steady pace for hardware announcements throughout the year, it’s clear that the focus at Build will be on the practical things.

“There’s something to be said for incremental innovation,” Bajarin says. “People will appreciate stuff that just makes their life easier.”