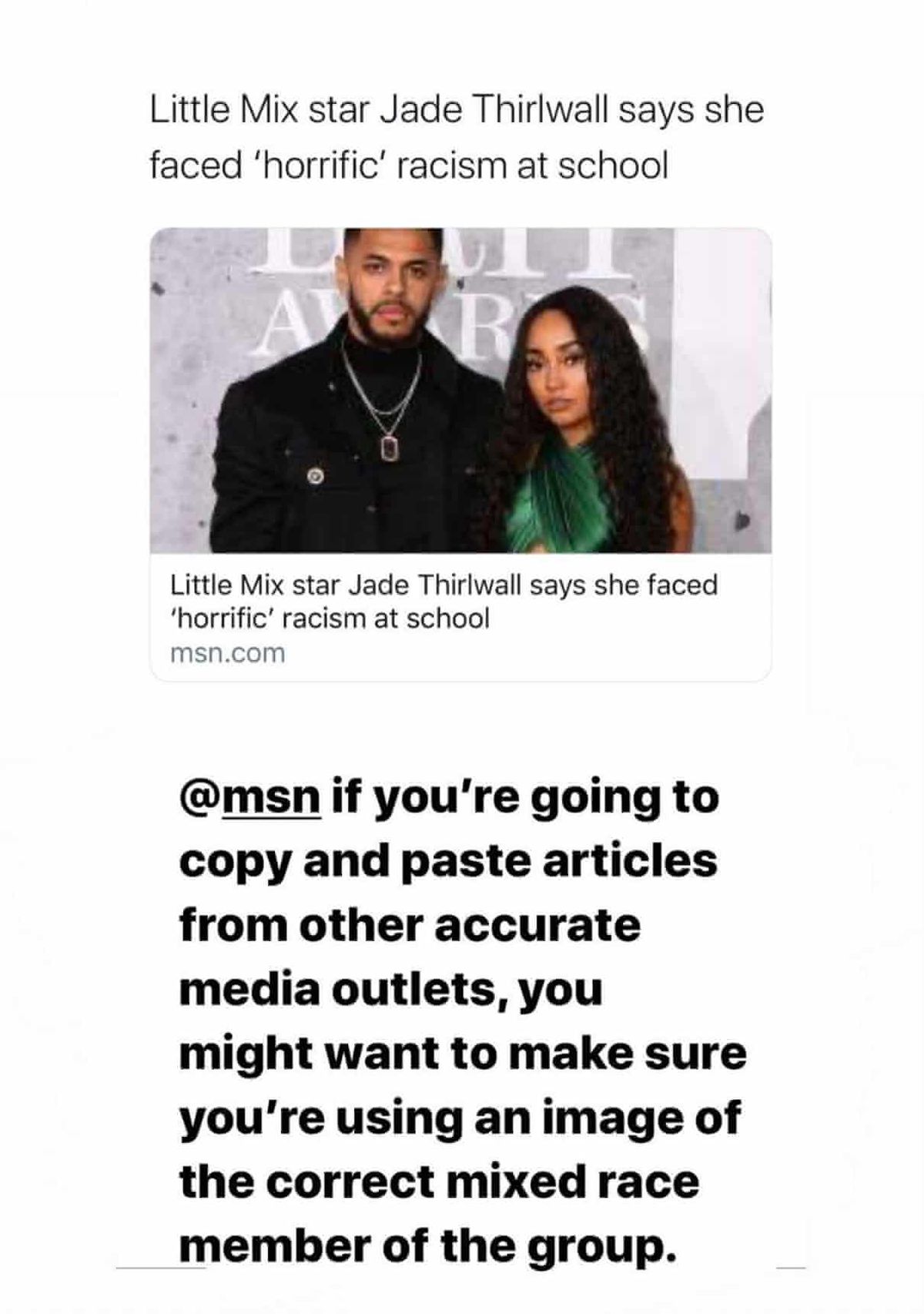 Microsoft’s decision to replace human journalists with AI to run its news and search site MSN.com has been criticized after the automated system confused two mixed-race members of British pop group Little Mix.

As first reported by The Guardian, the newly-instated robot editors of MSN.com selected a story about Little Mix singer Jade Thirlwall’s experience with racism to appear on the homepage, but used a picture of Thirlwall’s bandmate Leigh-Anne Pinnock to illustrate it.

Thirlwall drew attention to the mistake on her Instagram story, writing: “@MSN If you’re going to copy and paste articles from other accurate media outlets, you might want to make sure you’re using an image of the correct mixed race member of the group.”

She added: “This shit happens to @leighannepinnock and I ALL THE TIME that it’s become a running joke … It offends me that you couldn’t differentiate the two women of colour out of four members of a group … DO BETTER!”

According to The Guardian, the mistake was made by Microsoft’s new automated systems. The tech giant laid off the editorial staff of MSN late last month. These journalists were not tasked with writing stories, but selecting articles from other outlets to spotlight on the MSN homepage. Around 50 journalists were reportedly let go in the US and 27 in the UK.

It’s not clear exactly what caused this recent mistake, but given the automated nature of the system it’s possible the error was due to mislabelled pictures provided by wire services.

This is exactly the sort of mistake that human editors are supposed to spot, though as Thirlwall’s comments make clear, this is far from the first time such errors have been made. Earlier this year, for example, the BBC was forced to apologize after using footage of basketball player LeBron James to illustrate news of the death of his teammate Kobe Bryant.

A spokesperson for Microsoft told The Guardian: “As soon as we became aware of this issue, we immediately took action to resolve it and have replaced the incorrect image.”

Notably, The Guardian reports that the remaining human staff at MSN have been warned that critical coverage of the site’s automated systems is being published by news outlets. The staff were told that the AI may select these stories as interesting and place them on the MSN homepage. If this happens the human staff have been told to remove the stories.