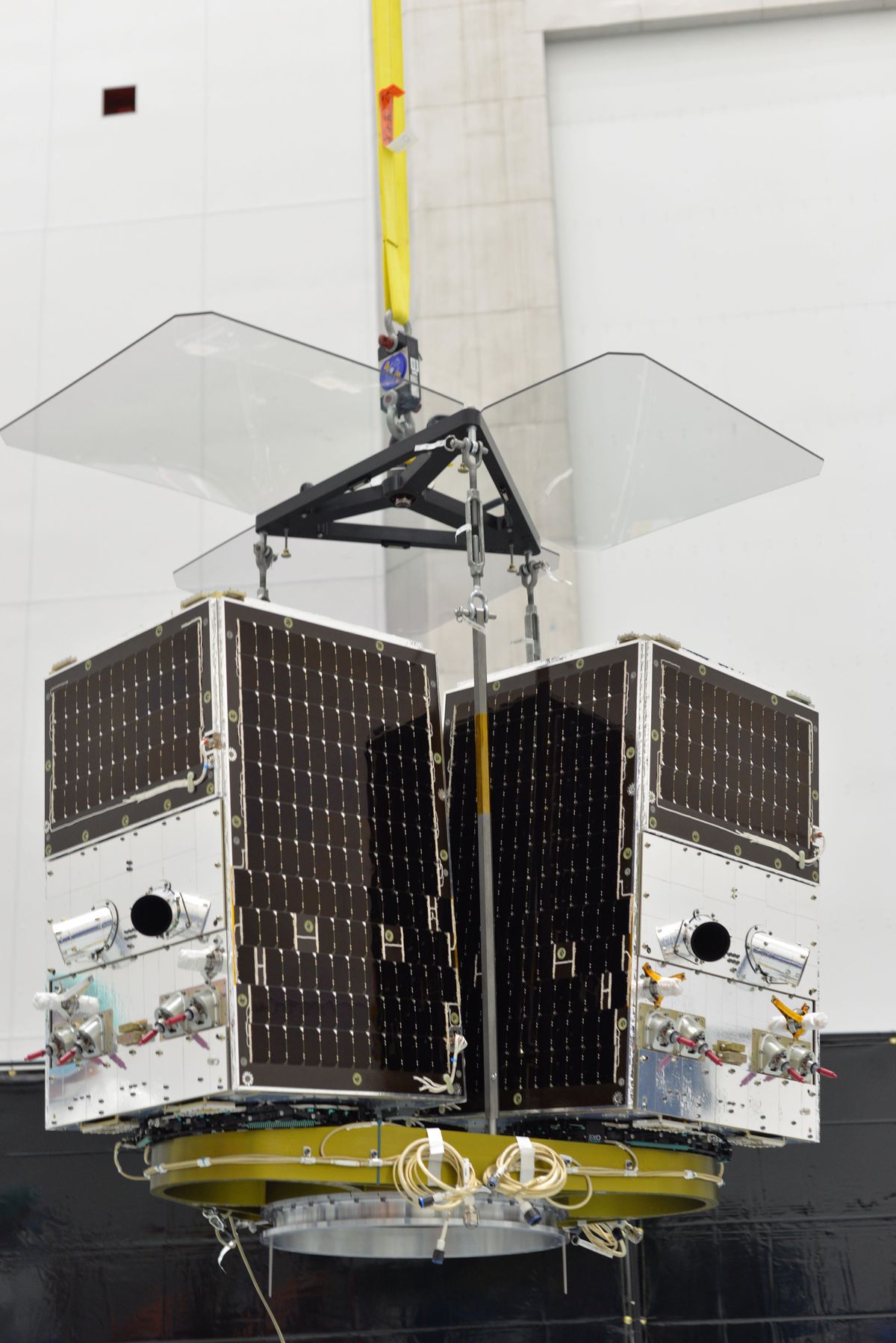 The three Planet satellites going up on this next launch will add to the company’s existing SkySat constellation in low Earth orbit. The constellation is currently made up of 15 spacecraft, each about the size of a washing machine, which generate high-resolution images of the Earth below. Planet plans to round out the fleet with six more satellites: three going up on an upcoming Falcon 9 launch and three more set to fly on another Falcon 9 Starlink launch in July. The company initially announced its plan to launch with SpaceX in mid-May.

It won’t be the first time that Planet has launched SkySats on a Falcon 9 rocket. The company sent up seven satellites, including two SkySats, on a Falcon 9 in December 2018. That launch, known as the SSO-A mission, was a massive ride-share that sent up about 64 satellites all on one rocket. A separate company called Spaceflight brokered that launch, but now SpaceX is working directly with small satellite operators to coordinate ride-shares on the Falcon 9, part of a new program the company announced last year.

Working directly with SpaceX has been a speedy experience, according to Planet. “One of the things that was really nice about working with SpaceX is that they work at a very similar pace as Planet,” Mike Safyan, vice president of launch at Planet, tells The Verge. “We both go fast, and we do a lot of stuff in house which helps enable us to go faster than the typical aerospace project.” Safyan says that the entire process has taken about six months, from originally signing the contract with SpaceX to getting to the launch.

SpaceX had plenty of flights for Planet to choose from, Safyan says. SpaceX has permission to launch nearly 12,000 satellites for its Starlink constellation to provide internet connectivity down to the Earth’s surface. To build out the project, SpaceX has been launching its Starlink satellites in batches of 60 per launch, with each flight occurring about once a month in 2020. That provides ample opportunities for small satellites to tag along.

“When you’re working as a ride-share payload, you often have to pick one launch and then you just have to wait for whenever that primary payload is ready,” says Safyan. “And sometimes those delays can add up to three, six, nine, 12 months. It really depends. Whereas with SpaceX, they’re launching Starlink so frequently, and the orbit is just really well matched for what we were looking for for these specific SkySats.”

The three satellites will be situated on top of the stack of 60 Starlink satellites, all packed inside the Falcon 9’s nose cone. Once these three and the next three SkySats launch, Planet will provide a new capability for customers: capturing images of certain spots on Earth up to 12 times in a single day. The six upcoming SkySats are headed to an orbit that will pass over 53 degrees north and south latitude, which will allow for such a high “revisit rate” over these areas. And in other areas of the world, SkySats will be able to capture the same regions up to seven times a day.

This new capability is being rolled out at the same time that Planet is amping up the resolution of its images. The company recently did an “altitude lowering campaign” of its SkySat satellites over the last six months, moving them closer to Earth. That’s helped to improve the resolution of their images from about 2.6 feet (80 centimeters) per pixel to about 1.6 feet (50 centimeters) per pixel. Planet is also releasing a new online dashboard for customers to help them submit requests for this higher-res imagery from the spacecraft.

With just two launches to go, Planet is close to unlocking the full capability of the SkySat constellation with a total of 21 satellites. And Safyan says the company is excited to fly on the Falcon 9 again. As a small satellite operator, Planet has lots of experience launching its satellites on different rockets, but the company said that the announcement of SpaceX’s ride-share program, costing the low price of just $500 per kilogram, was a game-changer. “If we can find a ride-share opportunity that has good pricing and it’s going towards a desired orbit — and we have a pretty good confidence in the schedule — then that’s typically our port of call.”