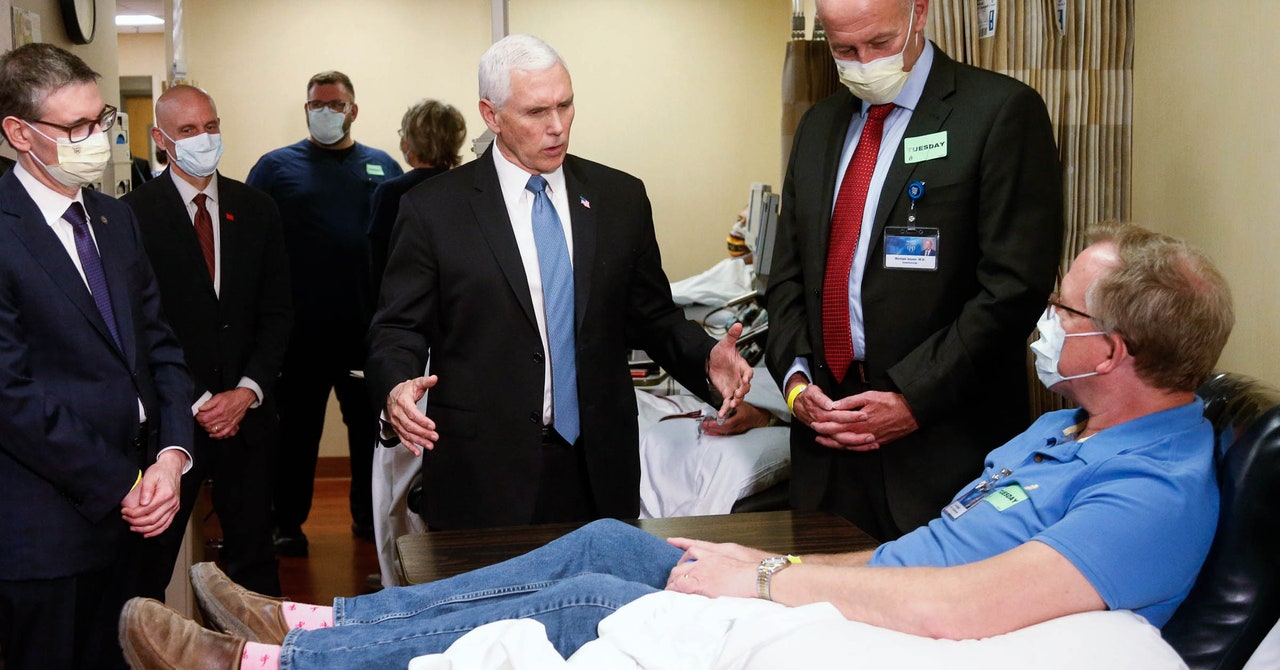 There’s no way to sugarcoat it: Last week was another tough one. Authorities found corpses in U-Haul trucks and anecdotal evidence came out suggesting child abuse is rising due to quarantine. Upsides are hard to come by; unemployment continues to grow as more are laid off as a result of the virus, with the markets cratering in response—something that’s becoming a weekly occurrence. As high as the official figures for the Covid-19 death toll may be, evidence mounts that they’re lower than the reality, and it remains difficult to project what’s going to happen next. No wonder, then, that people are looking for anything to make them smile, whether it’s a new Oasis song, a fight between AMC Theaters and Universal over Trolls World Tour, or the joy that is Betty the Weathercat. But for those moments when even cats aren’t enough, there’s this.

What Happened: Folks have been talking about the value of face masks during the coronavirus pandemic for some time now. Most of them are generally in favor. Most, except Vice President Mike Pence, who last week showed up mask-less to clinic treating Covid-19 patients.

What Really Happened: Covid-19 continues to dominate … well, everything in the world, really, with one-in-six nursing homes in the US reporting an outbreak, health workers dying, and President Trump worried about meat. With all that going on, many were reassured to hear, at the start of last week, that Vice President Mike Pence would be visiting Minnesota’s Mayo Clinic to learn more about the state’s “moonshot”—which is to say, its aggressive stance towards making sure that every resident who wants to be tested for coronavirus has the opportunity. Except …

Ah, yes. Did anyone have “the vice president ignores guidelines about face masks” in their office pool? If so, you get the prize this week. The move was problematic for a lot of reasons, including the fact that the clinic explicitly told Pence he should be wearing one.

In fact, a tweet confirming that the clinic had told Pence this mysteriously disappeared after his visit.

Unsurprisingly given the outcry his naked face caused, Pence tried to address his decision fairly quickly. Unfortunately, his explanation for choosing not to cover his face was … unconvincing, to say the least.

OK, but even beyond the thing about the eyes, that’s a somewhat worrying attitude for the guy in charge of the coronavirus task force to have, right? Unless, of course, Pence knew exactly what he was doing and just who he was doing it for, as some believed was the case.

Of course, maybe there’s another reason that we just haven’t thought about yet.

The Takeaway: On Friday, Pence wore a mask while touring a GM plant.

Wait, He Said What?

What Happened: Commentator Ben Shapiro suggested that older people dying of the coronavirus is “not the same thing” as younger people succumbing to the virus.