Motorola Edge and Edge Plus Review: 2-Day Battery (and Some Quirks) 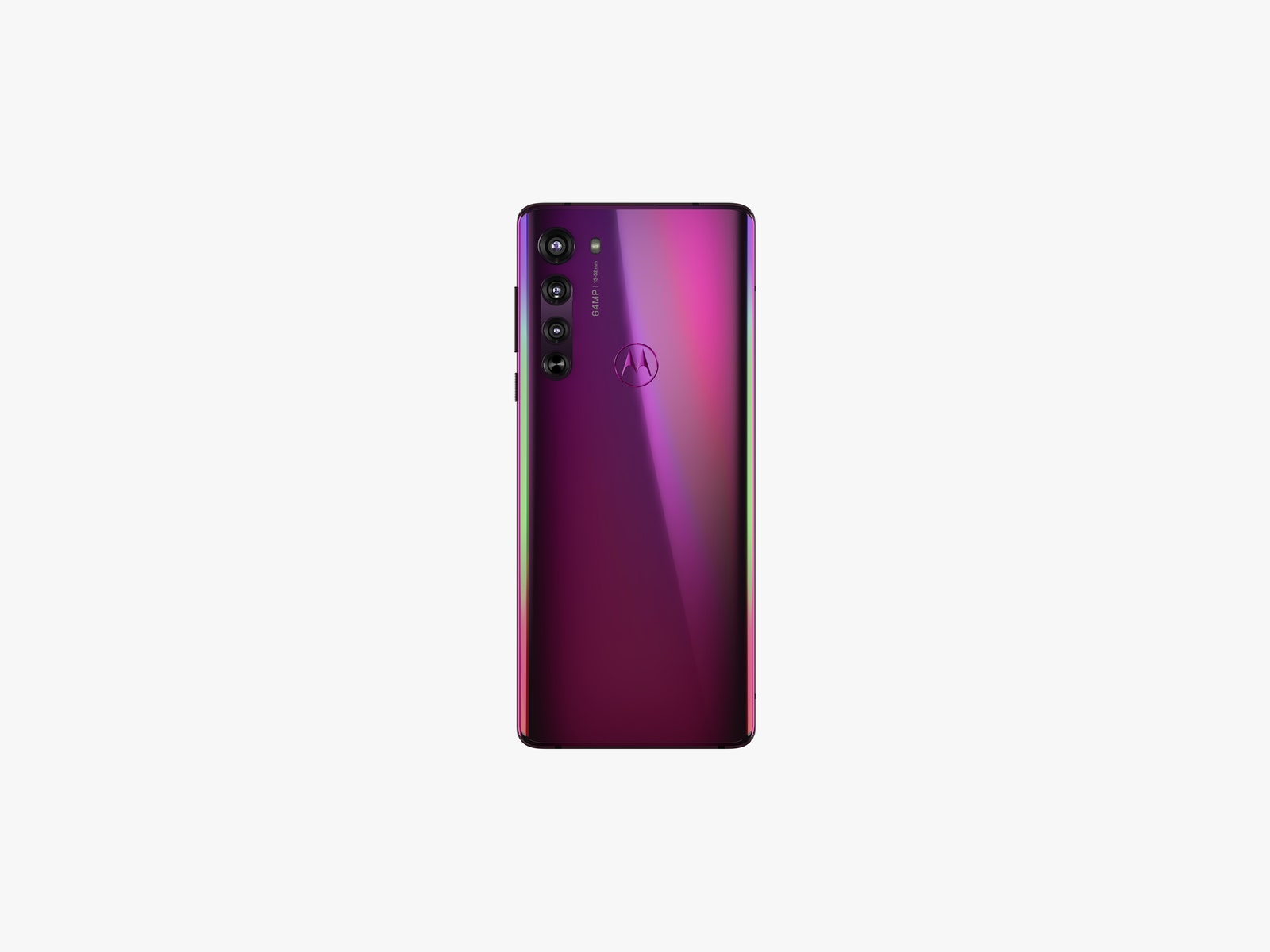 Back in 2016, before Apple made it trendy, Motorola yanked the headphone jack from its phones. The following year was the last time it made a high-end Android phone. In 2020, it’s hoping for a comeback. The Moto Edge series is its first honest attempt to compete with the wave of $1,000-plus devices on the market now, and to do it the company is bringing back that 3.5-mm audio jack it cast aside.

There are two phones in the lineup, the Moto Edge Plus ($1,000), which is exclusive to Verizon, and the Moto Edge ($700), which you can buy unlocked and use on all major US carriers. Both pack all the features you’d expect to find, from excellent battery life and great performance to silky-smooth displays. They’re good phones, but competition is fierce, and Motorola has priced these phones a bit too high.

The best part about the Edge Plus and Edge is the massive 5,000-mAh and 4,500-mAh batteries inside them, respectively. The former will easily take you to the end of day two. That’s with me streaming a bunch of Dracula on Netflix, snapping photos of my dog with the camera, playing games, and catching up on all the TikTok videos my partner sends me. The regular Edge often lasts until 7 or 8 pm on the second day before needing a recharge. It’s rare to see high-end phones last so long.

The flagship runs on Qualcomm’s Snapdragon 865 processor, the same chip powering rival phones like the Samsung Galaxy S20. That processor keeps the device operating smoothly, even with a speedy 90-Hz screen. This means the screen refreshes 90 times per second, making scrolling and moving around the operating system feel noticeably more fluid than a typical 60-Hz display.

You get almost the same 6.7-inch OLED screen on the regular Edge, along with the 90-Hz refresh rate. The only difference is the Edge Plus supports HDR10+ (as opposed to HDR10 on the Edge). That means slightly better brightness and colors sometimes, but it’s not really something you’ll notice. The Edge also doesn’t have as powerful a processor (the Snapdragon 765), but I rarely noticed any stutters in performance. They’re both fast.

The screens get just bright enough to see outside on sunny days, the stereo speakers are really loud (they sound as good as a dirt-cheap Bluetooth speaker!), and the in-display fingerprint sensors on the front haven’t given me much trouble. I’m happy to see the headphone jack make a return for folks that prefer the cord too.

It’s a shame the phones lack any formal IP rating for water resistance. The Moto Edge Plus and Moto Edge are water-repellant, but Motorola didn’t bother to pay for the IP68 rating you’ll find on other flagships. It claims its own tests match the spec (at least for the Moto Edge Plus). I left the Plus submerged in water for about 25 minutes and it still works, but official testing would give buyers peace of mind, considering the high price tags. These devices will be fine in the rain, but I’d be wary around pools.

Two areas where they differ are storage and software support. The Edge Plus comes with 256 gigabytes of internal storage and no MicroSD card slot, so you can’t expand space if you fill it up. The Moto Edge, on the other hand, has 128 gigabytes of storage with MicroSD support. It’s an odd omission for the $1,000 phone.

In terms of software, the Moto Edge Plus gets two years of support. That means the phone’s operating system will be able to upgrade from Android 10 to Android 11 and eventually Android 12. Updates are important to keep your phone secure and ensure longevity, plus you get nifty new features. Unfortunately, the regular Edge will get only one Android version upgrade. A $700 phone with just one year of promised updates is ridiculous.

Motorola didn’t want to stop at flagship specs for its big return to premium phones. It also added what’s known as a waterfall display, which is when the screen bleeds into its edges at an almost 90-degree angle. I … don’t like it. It harkens back to the days of Samsung’s Galaxy phones that curve into the edges (which Samsung has moved away from), but it’s much worse here because you’re almost always gripping glass instead of a metal frame.

Yes, the screen looks gorgeous, but it’s annoying to hold this 90-degree, curved glass all the time. It doesn’t feel good. The edges reflect a lot of light, and there are moments where my grip interrupts touch interactions on the screen. Apps also stretch into the edges, which can make some content hard to read. Thankfully, you can force every app to stay out of the curved area by toggling off the Edge Display, but it’s the key experience of the phone.

Some sections of the 6.7-inch display on the Edge Plus in particular have this strange, grainy look when brightness is set to very low levels. I only noticed it when reading in the dark in bed. Motorola says it has received a few inquiries about this and is assessing “future updates as needed.”

There are other quirks. For example, you can twist the phones twice to launch the camera (a longtime Moto feature), but you’ll hear a bizarre clicking sound on the Edge Plus as though a little marble is stuck inside a box. Thankfully, I can’t hear the sound on the cheaper Moto Edge. A Motorola spokesperson told me the Plus’ noise is caused by the ball bearings used in the optical image stabilization mechanism for the camera, and that “this does not damage the camera in any way.” I shook every other phone in my vicinity (a lot of them), and the OnePlus 8 Pro and Galaxy S20 Ultra made similar sounds. It’s just more noticeable on the Moto phone because of the twist gesture. It scares me.

The Edge Plus also rocks egregiously when it’s sitting flat on a desk. So much so that trying to use it on a table is a noisy affair. (This isn’t as much of an issue on the standard Edge.) I also have encountered some issues with wireless charging—it works only on one of my three chargers. Motorola says it hasn’t seen problems with the 10 most popular wireless chargers Verizon sells. It also has its own wireless charger). Your mileage might vary. The regular Edge doesn’t support wireless charging at all.

There are two camera trends in most new smartphones: a triple-camera array and a huge megapixel count. The Edge Plus and Edge have both of these. The Plus uses a 108-megapixel main camera that’s joined by a 16-megapixel ultrawide camera and an 8-megapixel 3X zoom camera. By default, the photo output from the main sensor is 27 megapixels, because the camera merges four pixels into one to absorb more light. This means better low-light photos, but you can also snap 108-megapixel photos to capture as much detail as possible.

The standard Edge’s main camera has 64 megapixels (which ends up as 16-megapixel photos) and a smaller sensor size. It has the same ultrawide camera as the Edge Plus, but its optical zoom capability only goes up to 2X. Neither the zoom nor the main camera has any optical image stabilization, which is present on the Edge Plus. It helps avoid blurry photos.

Moto Edge Plus, Night mode. I tried to keep very still, but you can see some camera shake.

Photos from both of these phones can be impressive. In good lighting, you get good detail and colors. My biggest qualms are that some photos look a bit overexposed and lacking in contrast. As the sun sets, Motorola’s Night mode comes in handy (and you’ll want to use it, as regular low-light photos aren’t great). It merges multiple exposures for a better-exposed photo, and the Edge Plus specifically manages to maintain a great deal of detail (though it’s much less forgiving to any kind of camera shake than other night modes). It’s not nearly as good as the Pixel 4’s Night Sight though—the Edge Plus’ photos often look like they’ve been drained of color.

Night mode is noticeably worse on the standard Moto Edge. The smaller sensor means it can’t take in as much light, so details look a little more blotchy, and the lack of optical image stabilization means the tiniest movements you make when using Night mode can ruin the photo. The $350 Pixel 4A frequently took better-looking photos, in both daytime and nighttime settings.

Most of the photos I snapped with the ultrawide cameras aren’t sharp, and you can’t use Night mode here, so I didn’t find it too helpful. The zoom cameras are also not great at night, but the photos they capture when there’s plenty of light around are well-detailed. The 108-megapixel and 64-megapixel modes on each respective phone produce a nice, natural bokeh effect for up-close subjects, and it’s better than using Motorola’s Portrait mode, which is prone to making errors.

Rounding it off is 6K video recording on the Edge Plus (yes, that’s even more than 4K), which I can’t really experience anywhere in its full glory because I have no 6K monitor. I recommend you film at 4K or HD instead.

And, if you care, both these phones have 5G. I’ve yet to naturally find any Verizon 5G zones near me so I haven’t had the luxury of experiencing crazy-fast internet speeds, but it’s there if you’re on a supported (more-expensive) data plan. The cheaper Edge supports only sub-6 5G, which is available on both AT&T and T-Mobile. (It’s not as fast as Verizon’s mmWave, but is far more accessible.)

I’d like these phones a whole lot more if they didn’t have a display that waterfalled over its edges and if they were a couple hundred (or more) bucks cheaper. I much prefer the OnePlus 8 Pro’s screen and the Pixel 4A’s camera and software. Both of those phones are cheaper, and they’re also two of our favorite Android phones.

The Edge series is a solid return to flagships for Motorola. Both phones particularly excel with battery life and, taking them in alone, they offer a compelling experience. But you can do better for the price.

Updated on August 13, 2020: We’ve added our thoughts on the cheaper Moto Edge.