‘Mythic Quest: Quarantine’ is a gift during lockdown. There may be more to come. 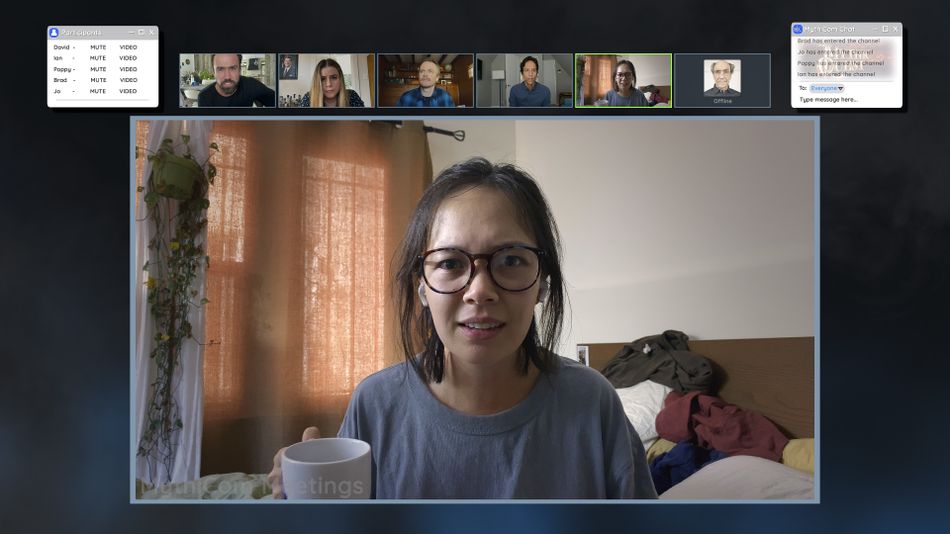 Mythic Quest is the only Apple TV+ original at this point that’s broken through, and with good reason.

The series led by co-creators (and It’s Always Sunny in Philadelphia veterans) Rob McElhenney, Charlie Day, and Megan Ganz is a workplace comedy set within the confines of a video game development studio. The nine-episode first season that premiered earlier in 2020 – and which now returns with the Mythic Quest: Quarantine special – earned its accolades quickly.

It’s with good reason. The show isn’t so much about a game or the process of how it gets made, even though both of those things loom large over every episode. It works because of the people, and the emotional resonance of their personal stories.

“At the end of the day nobody gives a shit about a video game. They just don’t. People like to play video games but they don’t necessarily want to watch a television series about that,” McElhenney said during a recent call with Mashable ahead of Quarantine‘s May 22 release.

“No matter how much you love video games, you’re gonna get bored if it’s [a show] about a video game, in the same way that Sunny isn’t about a bar. So we’re always looking for ways in which we can tell the stories through these people.”

The level of care put into realizing everyone on the show as complete person is its real superpower. The first season more than capably covers the wide landscape of video game industry conversations in a thoughtful way, but it also manages to go deep into the lives of the team behind this fictional World of Warcraft-like game.

It should come as no surprise, then, that the new Quarantine special started from a place of caring about those people. Not the characters; the actors and the crew who make the show possible when there’s not a global pandemic keeping everyone on lockdown.

“The way we thought about it was, ‘Let’s get everybody back to work.’ That was the number one thing,” McElhenney said. He’s had lots of success in his life from It’s Always Sunny, but he knows not everyone who makes the new show is in the same boat.

“Hollywood is made up of working class people who bust their ass every day, some of whom are working paycheck to paycheck … So really it started with us saying ‘How do we get people paid?’ Then, Megan Ganz and David Hornsby and I just sort of started brainstorming [the basic idea of] what if we did an episode in quarantine?”

This was before the Parks and Recreation reunion was announced but after Saturday Night Live started doing the SNL at Home thing. So there was a light blueprint for how to proceed, but it had to be something that could fit with Mythic Quest. The last thing anyone wanted was to pump out something fast and easy that “we have to apologize for later,” as McElhenney put it.

“The way we thought about it was, ‘Let’s get everybody back to work.'”

“And then from there, we just decided, well if we’re gonna do it, let’s just put our heart and soul into it and make something that, at worst, brings 25 minutes of levity and humor to the world,” he added. “And at best, it maybe makes people feel a little less alone.”

The nine episodes in Mythic Quest‘s first season offer slices of life from inside (and outside) the game studio. They’re arrayed in a loosely chronological order but the story of each episode is focused more on the inner lives of the office’s colorful characters. You can feel the presence of It’s Always Sunny‘s creative heartbeat, but the more sterile professional setting rests its laughs on dueling egos and the corporate heirarchy.

The effort to find a story that could reasonably exist in the midst of a global pandemic required a bit of rewiring around Mythic Quest‘s long-term plans, but that was inescapable. Production had already begun on Season 2 when the pandemic put the world into lockdown. All episodes were written and the first one was half-shot. Now though, it’s not clear if any of that will even work once the crew gets back to set.

“The world is upside down. It’s going to continue to change. And forget the gaming industry, forget other aspects of life — office life, workplace life, is going to be dramatically different [after this is all over], just operationally,” McElhenney said.

“There are certain episodes that we just have to wholly throw out because they just don’t make any sense anymore. Once we realized we had to do that, we were like, ‘Wel… then fuck it. Let’s just approach this as if [Quarantine] is happening right after episode 9 of Season 1. That essentially is what it is; it’s going to be the final episode of Season 1 because that’s how they have to release it on the platform.”

There doesn’t seem to be any doubt that Mythic Quest will get right back on Season 2 once the global nightmare is over, but no one can really guess when that will be at this point. So the team behind the show is playing things a little bit by ear right now.

Quarantine took three weeks to pull together, and it was a speedy production because at the time that work started there were still lots of questions  about when lockdowns might start to ease. It’s more widely acknowledged now, in late May, that we’re in this thing for a longer haul. So the creative conversation about how Mythic Quest will proceed has likewise changed.

“If in fact we are not going to be back shooting again for a significant amount of time, then … maybe there’s an opportunity for us to continue down this road and keep telling stories,” McElhenney said. “Maybe not necessarily even using this kind of [episode-length Zoom chat] device. Maybe there are other, more interesting ways [to do it].”

Imagine, for example, an episode set in part or even entirely inside the show’s fictional game. Or… really, who knows? Fans of It’s Always Sunny know how creative and experimental that show can be, and a video game studio setting opens the door to possibilities that would be a tougher sell for a show set around a dive bar.

However Mythic Quest proceeds after Quarantine, you can expect the show to continue tugging on the narrative thread set up at the end of Season 1. After an increasingly tense season-long showdown between McElhenney’s Ian Grimm and Charlotte Nicdao’s Poppy Lee, Poppy is now a co-creative director on the game alongside Ian.

Even before the pandemic, the plan going into Season 2 was to further explore this new dynamic at the office. Quarantine doesn’t move in that direction so much because it’s more about catching up with the people and their states of mind in the midst of our shared trauma. But the story will eventually go on.

“The game itself now has two bosses, and those bosses have very specific and differing positions on how best to not only run the game but run the dynamics of the office. That’s really what we’ve been jumping headfirst into,” McElhenney said. “So the dynamic between these two people now put in charge of this office is where we’re really going to mine most of the story from.”

You can see hints of that new tension taking shape in Mythic Quest: Quarantine, but the real gift of this special episode is just getting to spend some more time with these characters. Watch it on Apple TV+ starting May 22.

All 53,000 attendees of Anime NYC urged to get tested after one got Omicron

Someone stole $120 million in crypto by hacking a DeFi website

One of the best VR games gets a sequel next year – but where does PSVR 2 fit in?