‘Swallow’ is the genre-bending treat to break your bingeing rut

May 22, 2020 Entertainment, Haley Bennett, horror, Swallow, Watch Of The Week 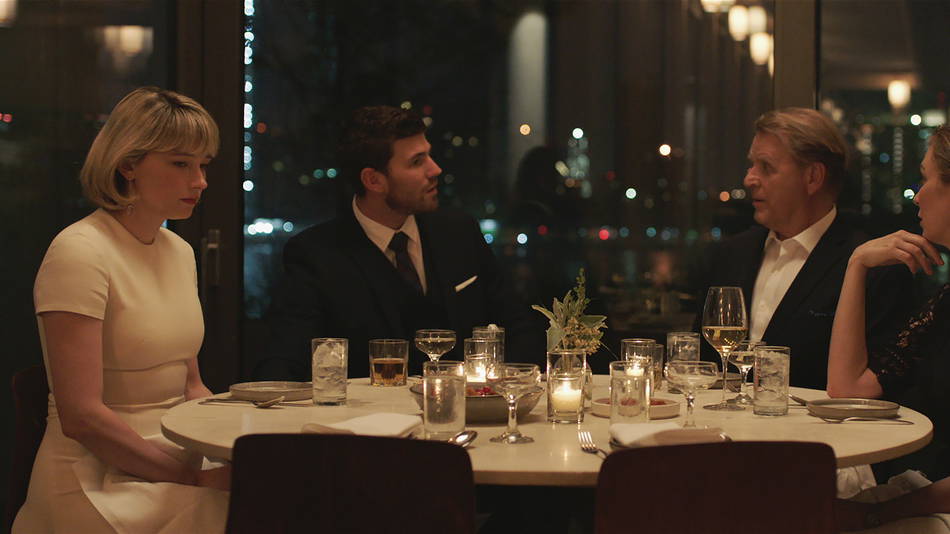 Few things delight me more than a multi-hour trailer binge. With a laptop on my desk and cup of tea by my side, I’ll swim though YouTube’s cinematic pool with no intention of watching the movies being marketed. It’s a reliable way to pass the time, an endless nowhere-to-be activity that alludes to the possibility of adventure but revels in monotonous sameness. It’s comforting, frivolous, relaxing, safe.

But every once in a while, my scroll will be disrupted by a teaser so startling I’ve got to watch the full film right then. Such was my experience with Swallow, a psychological thriller from writer-director Carlo Mirabella-Davis as inexplicably seductive as it is repulsive.

As inexplicably seductive as it is repulsive.

Haley Bennett stars as Hunter, a Doris Day lookalike with the outdated household duties to match. Slotted into a domestic and submissive role by her self-aggrandizing husband Richie (Austin Stowell), Hunter is a ticking time bomb. Our heroine is tasked with taking care of a stunning Hudson River Valley home, but is buckling under the weight of her gilded servitude.

Constantly pushing a vacuum and forcing a smile, she is a woman on the brink of collapse. She’s quiet and reserved in her misery, well aware of the many privileges her wealthy, inaccessible husband (and his even wealthier, more inaccessible parents) provide her. But it’s clear her apron strings are rapidly turning into a straitjacket.

So, Hunter swallows a marble. Whole and without explanation.

A smooth blend of body horror and feminist defiance, Hunter’s burgeoning case of pica — a psychological disorder that creates an appetite for inedible objects — grounds the remainder of the film. Her obsession becomes a secretive act of revolution that gradually derails her life and the lives of those who claim to care about her. As she ingests thumb tacks, nails, batteries, and more, we are forced to watch a symbolic death by a thousand cuts become all too real.

Inspired by Mirabella-Davis’ grandmother who struggled with obsessive compulsive disorder as a housewife in the 1940s, this narrative device does more than shock. Rather, it serves as a conduit for a refreshing, sensitive, and heartbreaking reflection on gendered expectations, bodily autonomy, and the lengths to which some must go to reclaim identity.

Bennett, who also served as an executive producer on the film, embodies Hunter so completely that longtime fans may struggle to recognize the actress as she weaves picturesque scenes of familial unity with moments of private agony.

The juxtaposition of these two worlds and Hunter’s need to exist in both fosters a jarring discord that is truly torturous. Bathroom-set scenes in which Hunter copes with her pica are excruciating — but less so than her moments of silent suffering.

With a unique understanding of femininity and the bravery to explore its darker corners, Swallow is easily the most engrossing entertainment experience I’ve had in recent months. The striking cinematography, exquisite sound design, and fully felt world are transporting even when seen from the couch.

With just a 95-minute runtime, Swallow may not venture as far as some viewers would like. Hunter’s suffering is profound, but brief, and not even the film’s crescendo rises to the level of traditionally disquieting horror. For those enticed by the spine-chilling trailer, that’s likely a disappointment.

Still, without giving anything away, I’ll say that in not meeting that expectation, Swallow achieves something greater. From the instant I hit rent to this very moment, Mirabella-Davis’ vision has hung with me. Of course, I’m still digesting.

Swallow is available for rent or purchase on Prime Video, YouTube, Google Play, iTunes, and more.