National parks will be bizarre this summer 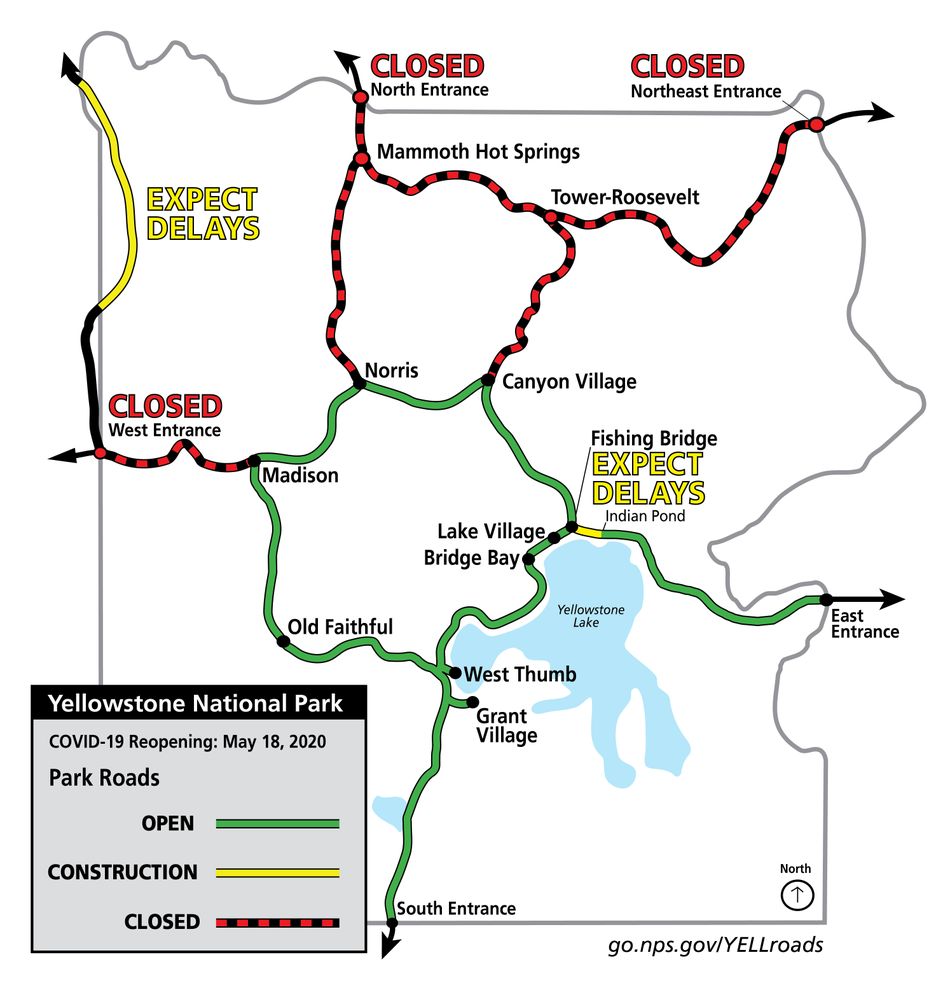 A vicious wildfire closed Yosemite National Park in August 1990. Described as “no joke” by a truck driver who escaped the flames, over 6,000 firefighters combated the blaze, remembers Phil Francis, who worked for Yosemite during the crisis.

In total, Francis spent 41 years working for the National Park Service. But among all the crises he responded to over the decades, nothing has been as pervasive and troubling as the current pandemic — caused by a new pathogen with no proven medical treatments, no vaccine, and no coherent national plan to quell the deadly parasite.

“I haven’t seen anything close to this,” said Francis, who is now chair of the Coalition to Protect America’s National Parks, an organization of current and former park employees.

“There is no clear end to this,” he added.

National parks, however, have started reopening after various closures to curb the spread of the new coronavirus, including major sites like Yellowstone and Great Smoky Mountains National Park — and people can expect more parks to open their gates this summer. But in a nation that has generally added at least 20,000 new reported coronavirus cases each day for well over a month, a park visit won’t be the same as in past years. Major parks will be way understaffed. Different parks will open at different times, in different ways. Congested areas will be closed (in parks, the CDC suggests avoiding any sort of gathering). And you might not find a ranger to ask for guidance or directions.

“A lot of folks have to take it upon themselves to become more informed,” said Mark Maciha, a former Park Service law enforcement ranger and now director of the Park Ranger Training Program at Northern Arizona University.

And, on top of that, folks will have to avoid other visitors to limit spreading or transmitting disease. “This is not business as usual,” said Francis, noting people should follow CDC guidelines and wear masks. (Fortunately, visitors will mostly be outside, avoiding the indoor environs where some serious documented outbreaks have occurred.)

A significant problem with visiting parks during a pandemic is the inevitable visits from people all across the nation. It’s almost certain people will be traveling far and wide with this bug — especially because around one in four infected people experience no symptoms. They feel fine, and don’t realize they’re infected.

“Look at the license plates when you go in,” said Kristen Brengel, the senior vice president of government affairs at the National Parks Conservation Association, an organization that supports the national parks. “That’s who you would be rubbing elbows with on the trails.”

Different parks will choose to open, incrementally, in varying ways. There’s no consistent one-size-fits-all guidelines, which may add further confusion for visitors. “No two parks are the same,” said Francis.

Yellowstone — a park where a woman illegally entered and badly burned herself by falling into a hot geothermal spring last week — will begin its “first phase of reopening” on May 18. Trails, boardwalks, and bathrooms will be open, but not campgrounds, ranger programs, and visitor centers. (It gets messier: You can enter the park via Wyoming, but not Montana, which currently has out-of-state travel restrictions.)

The big, famous parks may run into some serious problems with overcrowding. Then, certain areas that were initially deemed OK for opening might be closed.

“A SoCal beach situation will be problematic for park managers,” said Maciha, the former law enforcement ranger, referencing the packed Orange County beaches in April. This year, it might be prudent to avoid the parks that everyone knows will attract crowds, particularly during the summer months. “Maybe defer the visit to larger parks to next year,” suggested Maciha. (There are hundreds of millions of acres of public lands that aren’t famous national parks.)

There are ways, however, for the Park Service to better manage what could be a flood of visitors in highly-trafficked parks. For example, Brengel suggests that parks use timed entry, similar to Alcatraz Island, where visitors make reservations at a certain time slot. “It automatically separates you so things don’t get overwhelmed and crowded,” Brengel said, noting the agency already has a tried-and-true way to make reservations on public lands, via recreation.gov. “We really hope these ideas take hold in parks that tend to overcrowd this time of year.”

Overall, parks could benefit from a national reopening plan from the Department of Interior, said Brengel, even if disparate parks will have to make unique decisions at different times. For example, parks could use coordinated guidance from the Interior Department on how to keep public bathrooms safe and how to manage overcrowding during these unusual, unprecedented times.

“No one has gone through a pandemic before,” said Brengel. “The lack of leadership is ridiculous at this point.”

“No one has gone through a pandemic before.”

The Department of Interior didn’t comment on a national plan for reopening parks. The National Park Service, in a statement emailed to Mashable, said it will consider reopenings on a park-by-park basis. The Park Service also underscored the importance of following CDC guidance for visiting parks and recreation areas, which includes visiting parks close to home, staying at least six feet away from others, and not visiting crowded parks.

“The health and safety of those visiting and working in national parks remains paramount,” the Park Service said.

Many parks will be significantly short-handed over the summer. That’s because, due to the spreading coronavirus, parks could only make certain, essential summer hires such as for law enforcement (parks typically inflate their staffing levels during the summer with seasonal rangers, sometimes over doubling or tripling their staff). For example, parks must now limit the number of people they house in one room to limit the chances of spreading disease, which dramatically cuts the workforce, explained Maciha.

During the busy summer, if a park superintendent finds that a park needs to be closed, it’s unclear if they’ll have the authority to make that decision swiftly and independently. They might have to go through a longer, bureaucratic process to get approval from the Department of Interior, which oversees the National Park Service. This occurred in March and April, notably at Grand Canyon National Park, even though the Park Service has a vaunted system that allows any employee to call out and potentially halt unsafe conditions. That system, called Operational Leadership, failed earlier this year, as many park superintendents wanted to close down areas to protect their employees, but had to await word from higher offices in government. Will Operational Leadership be allowed to work during the busy, and potentially chaotic, summer?

“When a superintendent says they need to close, I hope they’ll be given the authority to close,” said Francis, who previously served as superintendent of the Blue Ridge Parkway.

The big picture is clear. If you visit national parks this summer, don’t expect a normal operation. Educate yourself about the park beforehand, in case there are few employees around to inform you about what’s happening, and where you can go. And when visiting your public lands, stay ever-vigilant about a virus that the CDC expects to kill tens of thousands of more Americans, this summer alone.

“The burden is on the visitor to act responsibly,” said Maciha.

Apple’s new M2-powered MacBook Air is cheaper than ever