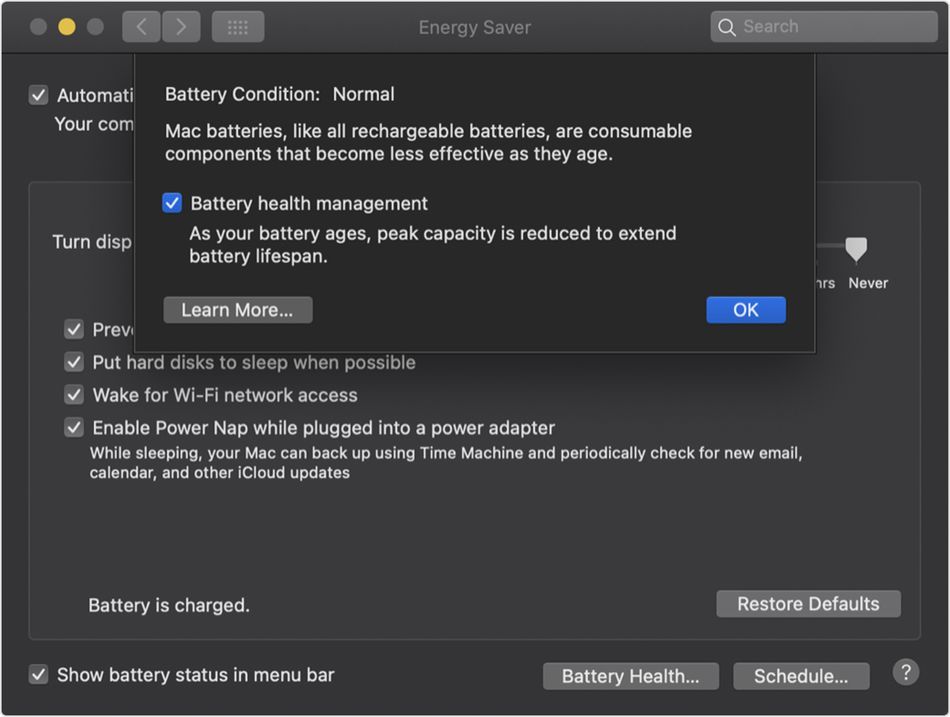 In April, in a developer preview version of macOS Catalina 10.15.5, Apple introduced a feature called battery health management. The feature is designed to improve the lifespan of a MacBook’s battery, and now, with macOS Catalina 10.15.5 going live for everyone, MacBook users can try it out.

Batteries don’t like extremes; to conserve your laptop’s battery, you should rarely charge your laptop to maximum or discharge it fully. Battery health management operates under the assumption that you don’t always need your MacBook’s battery to be fully charged. It will monitor your usage patterns and charge the battery accordingly; for example, if you typically keep your MacBook plugged in during the entire work day, this feature may reduce the battery’s maximum charge.

Apple also added some more information to the Energy Saver pane in your MacBook’s System Preferences — it now displays battery condition and recommends if the battery needs to be serviced.

Battery health management will automatically be turned on after you install the update.

Catalina 10.15.5 adds a few other features and bug fixes. Most notably, there’s a new option to control automatic prominence on Group FaceTime calls, meaning that video tiles won’t change size when a call participant is speaking.

The update should be available for all users; if you haven’t been automatically prompted to install it, you can click on the Apple logo in the top left, click About this Mac and then click on Software Update.

Check out the full list of changes in macOS Catalina 10.15.5 here.