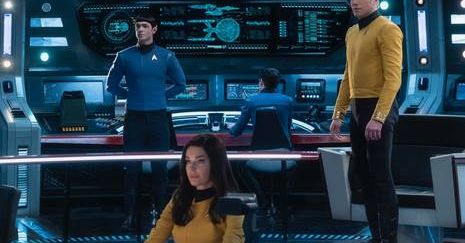 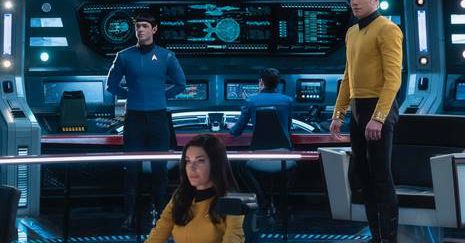 CBS All Access is getting another Star Trek series, with this one focusing on three fan-favorite characters: Captain Christopher Pike, Number One, and Science Officer Spock.

Star Trek: Strange New Worlds will follow the three characters “in the decade before Captain Kirk boarded the U.S.S. Enterprise, as they explore new worlds around the galaxy,” according to an official announcement from the network. Actors Anson Mount, Rebecca Romijn, and Ethan Peck, who were introduced into CBS’s Star Trek universe as the revived Pike, Number One, and Spock, respectively, in Star Trek: Discovery’s second season, will reprise their roles. Star Trek: Discovery and Star Trek: Picard writers and producers Akiva Goldsman, Alex Kurtzman, and Jenny Lumet are developing the new project.

“This is a dream come true, literally,” Goldsman said in a press release. “I have imagined myself on the bridge of the Enterprise since the early 1970s.”

Strange New Worlds is the latest Star Trek project for CBS All Access, which is quickly building a miniature streaming Star Trek empire. Kurtzman, who signed a five-year deal with CBS, is largely seen as the architect behind this growing universe. Other shows in the works include Star Trek: Lower Decks (All Access’ first animated Star Trek series) as well as “the development of a Section 31-based series with Michelle Yeoh,” who played Philippa Georgiou in Star Trek: Discovery.

Much like Disney and WarnerMedia, ViacomCBS is leaning heavily on its biggest IP franchises to develop a seemingly never-ending slate of television shows and films that can help CBS All Access grow. Star Trek is at the core of that mission, and it’s an example of what ViacomCBS can do with the laundry list of brands and franchises at its disposal. Star Trek: Discovery, the first big Star Trek project for CBS All Access, debuted in September 2017, and since then, it has announced a plethora of shows set for development.

The company didn’t say when Star Trek: Strange New Worlds will arrive, but considering that production on sets across the country have shut down because of the coronavirus pandemic, it might be some time before the series actively starts moving beyond the early development stage.

PS5 restock: Best Buy had a big restock today – where and when to get it next PS5 restock Best Buy