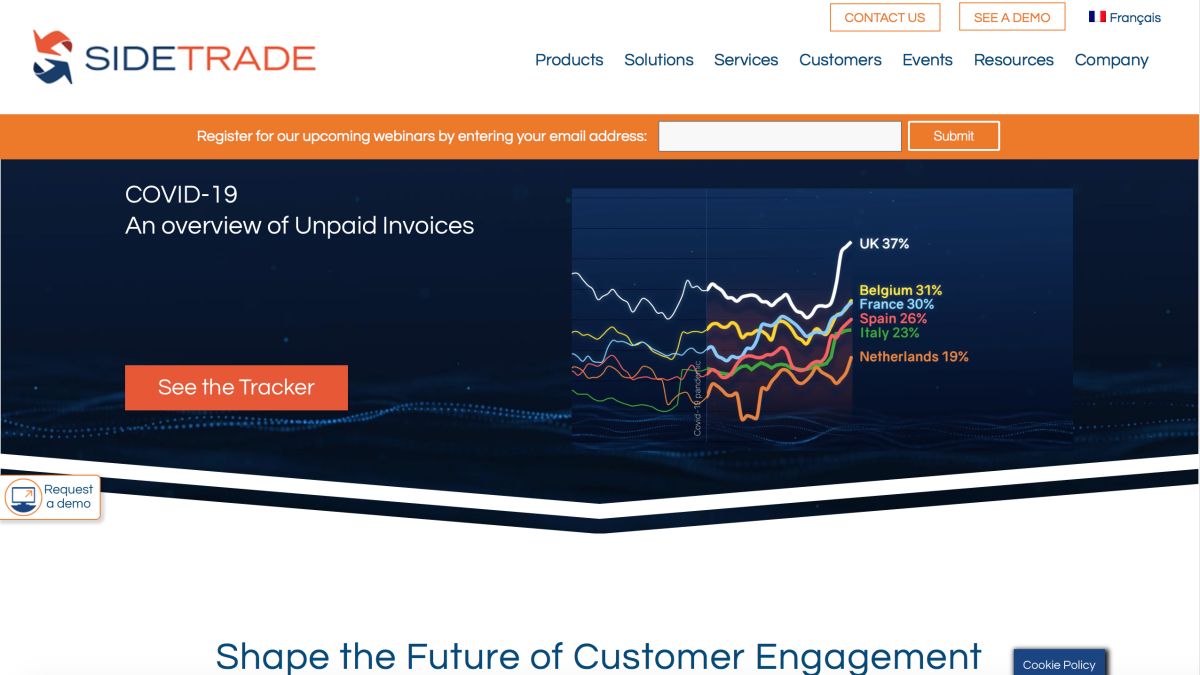 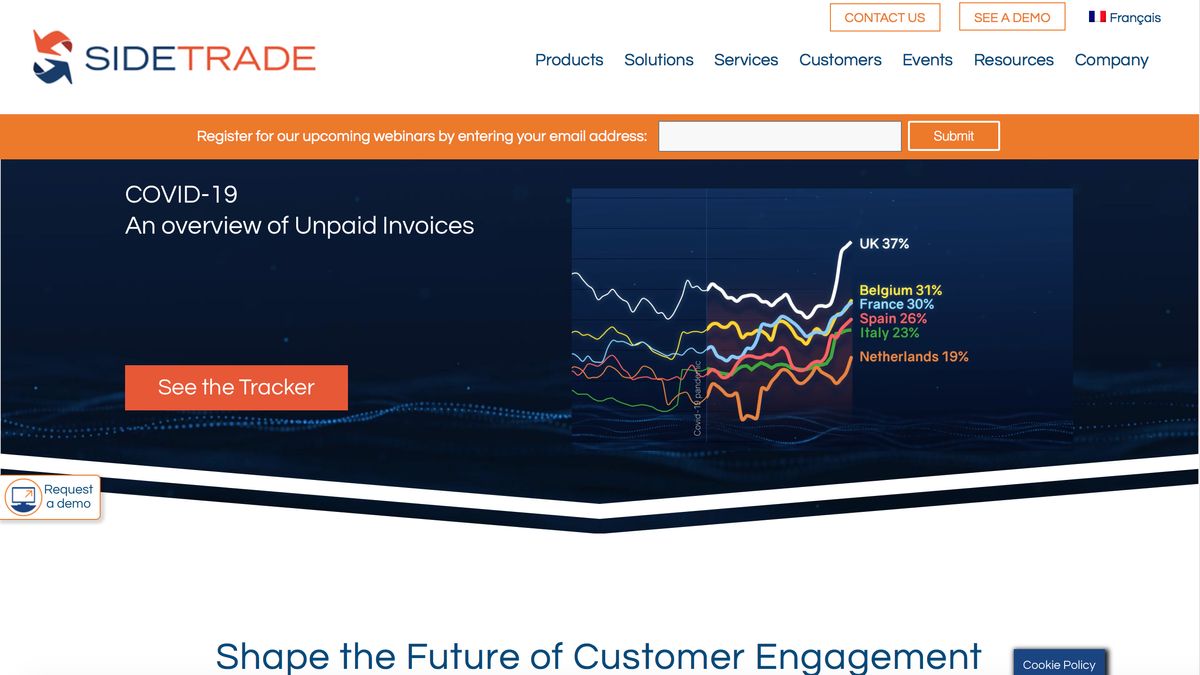 Sidetrade, the B2B Artificial Intelligence platform, is publishing a first-of-its-kind unpaid invoice tracker highlighting just badly how businesses are suffering due to late payment. The weekly tracker is based on statistical analysis of 26 million invoices, representing €54bn of B2B transactions.

The payment behaviour of over 3.7 million businesses is tracked week by week. Unsurprisingly, unpaid invoices have shot up since lockdown measures went into effect due to the Covid-19 pandemic.

Sidetrade explains that according to the experts, overdue invoices in Europe oscillate from year to year at around 10 days. In their study, Sidetrade’s data scientists considered only payment delays that were greater than this mean, i.e. payments more than 10 days overdue.

They then retroactively calculated the ratio of late invoices to all outstanding invoices, week by week, since 1 January 2020, and determined the average unpaid invoices from the start of the year to 11 March 2020, when the Covid-19 epidemic was officially declared by the WHO. Deviation from this arithmetic mean up to 11th March is highlighted by the Sidetrade tracker.

From 1 January through 11 March 2020, the Sidetrade tracker shows relative stability in late payment − around 20% for all of the countries analysed. Slight deviations in the pre-pandemic period are largely due to the timing of company invoicing and order-to-cash processes (e.g. start of month, end of month, decade). Average unpaid invoices for the period 1 January to 11 March 2020 is used to show how payment behaviour for a given week compares with that before the pandemic.

Unsurprisingly, since 11 March 2020, payment delays have been skyrocketing. Rate of increase in unpaid invoices have shot up +23% in the UK, +26% in the Netherlands, +44% in Belgium, +52% in Spain, +56% in France and +80% in Italy. The economic fallout for businesses correlates closely with the development of the pandemic.

Across Europe, businesses are facing insolvency due to declines in revenue and delayed payment. One UK report argues a fifth of SMEs in the UK will collapse due to a lack of cash because of Covid-19. Separate research by the Federation of Small Business says 50,000 businesses a year go under because of delayed payments.

Delays in B2B payments have been an ongoing issue across sectors but it has been exacerbated by the Covid-19 pandemic. Research from Bacs, and commissioned by Pay.UK in 2019 found that the UK SME late payment debt has risen to a staggering £23.4 billion, up £10.4 billion on the £13 billion owed in 2018.

On top of that, the research showed that UK SMEs are now facing a total bill of £4.4 billion a year; just to collect money they are owed. The average late payment debt burden has also increased to £25,000 per company, up from just over £17,000 in 2018. The statistics were largely based on B2B payments.

The UK Government’s Department for Business (BEIS) introduced new measures to tackle late payment in June 2019, including new powers for the Small Business Commissioner, and a dedicated fund to help SMEs purchase technology to help with payments. The Government’s Cabinet Office has also written to public sector bodies recently, telling them to pay suppliers despite the Coronavirus pandemic.