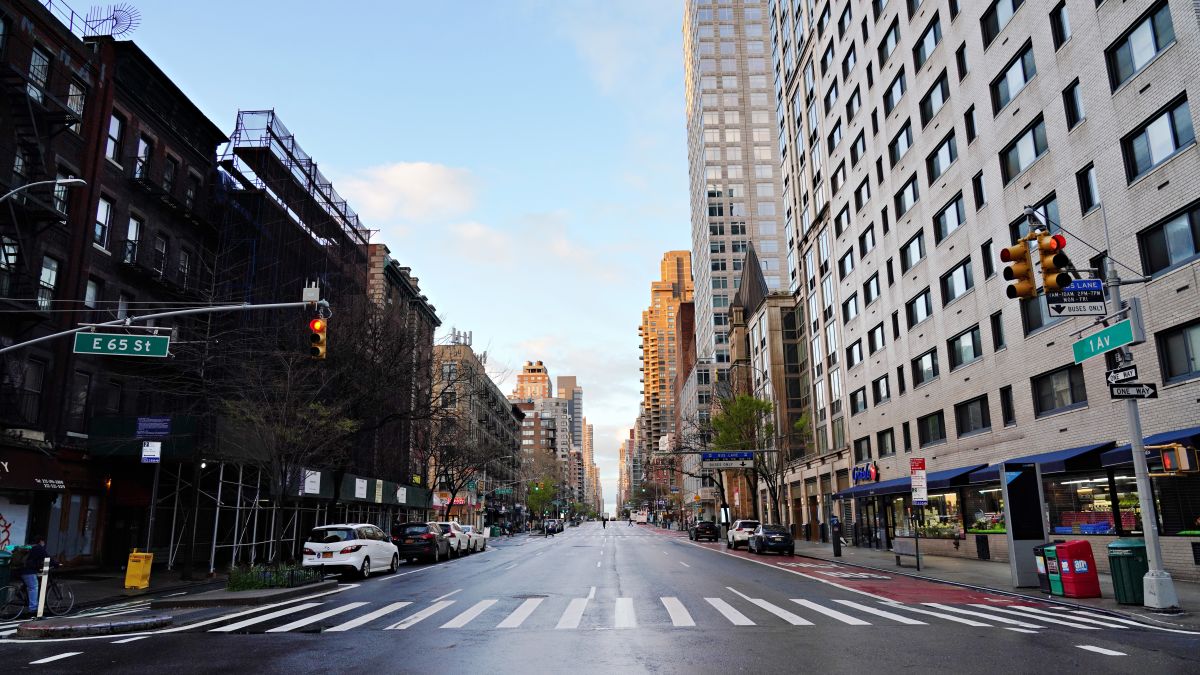 New York City is finally rolling out its open streets initiative with a vision of eventually closing off 100 miles to vehicles to help promote health and access to the outdoors amid the coronavirus pandemic. Its first phase kicks off Monday, but few of the streets being closed are actually, well, streets. Rather, 4.5 miles of roadways being closed sit inside parks. The other 2.7 miles include streets alongside parks.

Where’s the ambition? And this begs the question: What about the people who don’t live near parks?

New York City is one of the epicenters of the coronavirus outbreak. It also offers the least amount of green space per person among the major cities of the U.S. If we take a closer look, however, the lack of access isn’t spread equally. Research shows that across the U.S., wealthier, whiter communities typically have more green space nearby. The same is true for New York.

Advocates pushed the city to create this open streets initiative to open up space for people to safely walk around outside, whether that’s to the grocery store or simply to get some fresh air. But closing streets would seem to provide the most benefits to those living in the most congested areas and those dealing with the worst of the coronavirus.

“If you look at the need, then it’s obvious what they should do first: streets in neighborhoods that have been hardest hit by the pandemic and streets in neighborhoods disproportionately impacted by air pollution,” Joe Cutrufo, the communications director at New York-based Transportation Alternatives, told Earther in an email. “There’s no doubt some overlap there, but it seems like the city is going for the low-hanging fruit first to build some momentum and garner an early win.”

Cutrufo said many of the parks and streets included in the mayor’s plan are among those the group flagged for the city. However, Transportation Alternatives suggested a number of other streets to close, including areas near hospitals, streets that are not within walking distance of a park, and even the New York City Marathon route. Parks were the easiest target, not necessarily the most urgent.

That means this win won’t be for the people who need it the most. It’s exciting to see the city take any step toward opening streets to pedestrians—which should be a permanent change if you ask me—but equitable access to green, open spaces was an issue long before the coronavirus. This moment calls for more urgency to right a longstanding wrong.

“If anything, cities should feel an even larger sense of urgency to focus on the communities that have been hit hardest by this crisis and work with them to craft plans that fit their needs, factoring in that such needs might include more than just space for recreation,” Doug Gordon, an advocate and writer on creating safer streets in New York, told Earther in an email. “So while I understand that it might be an easier lift for the city to expand space in and around existing parks, it feels a bit like an old excuse that’s been given a new context that is no more acceptable now than it was before all this began.”

The city has said that this program should center communities hardest hit by the pandemic. Officials are planning to open some 30 miles of streets in consultation with community boards, block associations, and local groups, and conversations have begun. Mitch Schwartz, the deputy press secretary at the mayor’s office, told Earther in an email that “we’re excited to expand on today’s announcement throughout May and beyond” and that Mayor de Blasio recognizes that “COVID-19 is not a great equalizer.” There’s no clear timeline, however, for when vulnerable communities can expect their streets to be car-free.

There’s still hope, of course, that the city will roll out plans for hard-hit neighborhoods sooner rather than later. With more and more people flocking to parks, Sonal Jessel, the  policy and advocacy coordinator at local environmental group WE-ACT for Environmental Justice, said she gets why this is the first step. But for families in northern Manhattan that WE-ACT serves, the program has to go further.

“I totally see why they’re doing that, and I think that’s very important. But I do think that when we’re trying to create equitable responses to coronavirus—like who should be thought of first and what should be done first—we should be focused on the people who are more at risk for coronavirus and deal with more of the hardships that have come with the pandemic and the hardships that existed before the pandemic,” Jessel told Earther, citing traffic and overcrowding as major concerns in northern Manhattan.

Unfortunately, these people will have to wait to see when they’ll have access to open streets. This is just the beginning of the city’s program, but it’s off to a bit of a rough start.