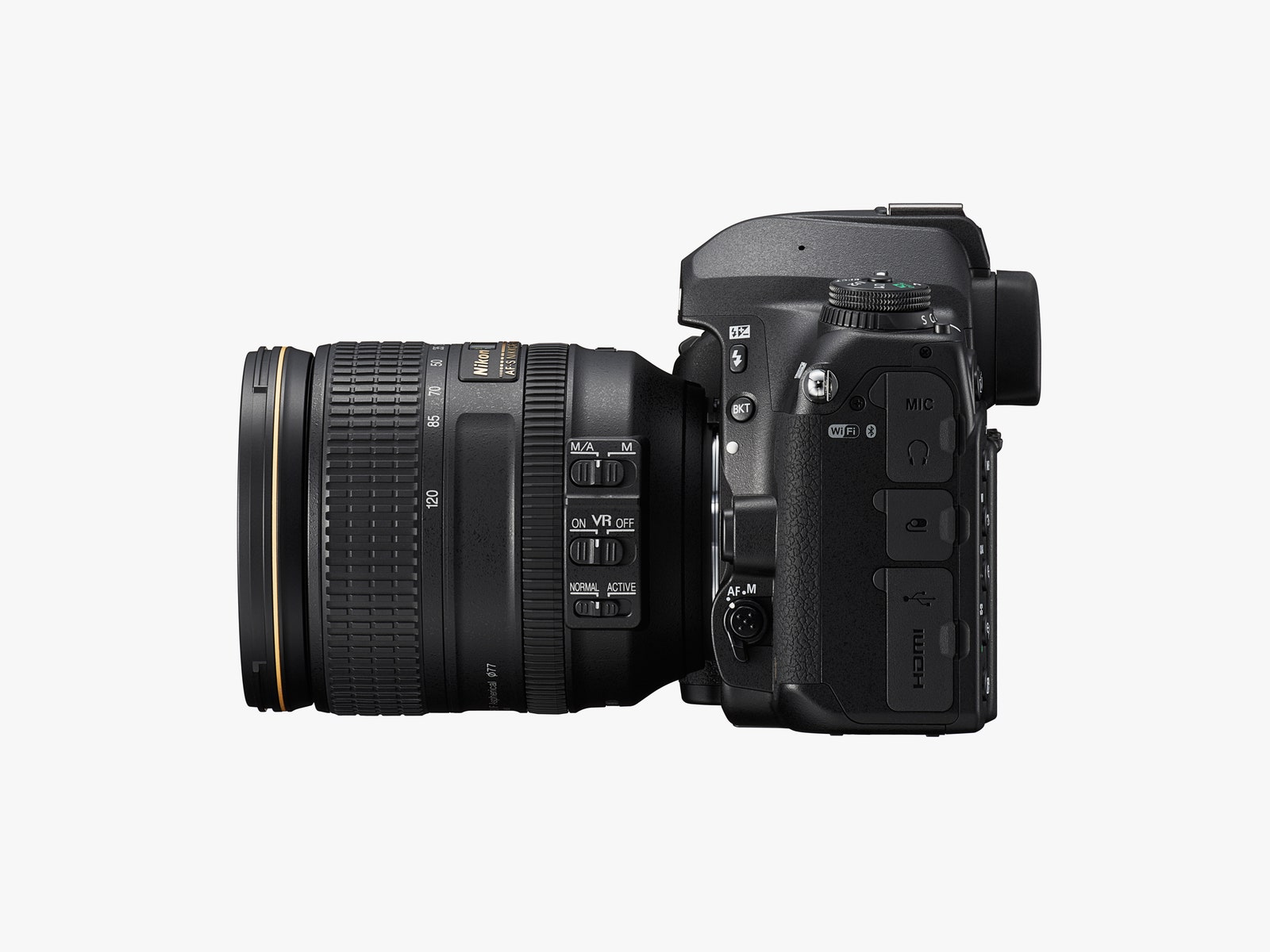 It feels like we’re always chasing after the idea of a smaller camera—something you can fit in your pocket, but still delivers excellent quality. Phones and recent mirrorless cameras have come very, very close. But as the cliché goes, sometimes bigger is better. The hulking Nikon D780 goes against the grain and proves that there’s still a place for big DSLRs, whether you’re a professional or a hobbyist.

The D780 replaces Nikon’s aging D750, a long-time favorite of mine in the Nikon lineup. The D750 is a camera that’s good at many things and the D780 takes that legacy and combines it with Nikon’s more recent mirrorless efforts, like the Z6, to create a camera that’s almost a hybrid.

The D780 is an F-mount Nikon, which means you can use nearly any F-mount lens Nikon has ever made (though older, manual focus models won’t record some data to EXIF and, of course, can’t take advantage of autofocus).

It has a 24.5-megapixel full-frame sensor. Pixel-wise, that’s not much of a change from the D750, but the chip itself has a number of features that go beyond pixel density to provide considerably improved images. Without diving too deep into the technical details, the new chip offers better dynamic range and improved noise performance at high ISO (the D780 tops out at 51200 ISO).

The other welcome feature in this chip is on-sensor phase detection, which comes from Nikon’s Z-series mirrorless cameras. It enables the D780 to have 273 autofocus points spread across 90 percent of the frame, which means better autofocus accuracy and fewer missed shots. (Believe me, I had to work in my testing to miss shots.) Nothing is perfect in the autofocus world, but the D780 comes very close.

Another feature pulled from Nikon’s higher-end DSLRs is the focus stacking mode. The D780 will shoot a series of images (up to 300) with very slight focus adjustments in each shot. These images are then combined to create a depth of field far beyond what a simple lens can do. This is especially helpful in macro photography, though it can work in landscape and other situations as well, as long as your subject doesn’t move.

The body of the D780 is heavy, but comfortable in the hand and not overly taxing when slung over your shoulder for a day of shooting. The grip fits nicely in my hand, suddenly making the grip on my Sony A7II feel undersized.

Its sheer size is one of the D780’s biggest strengths (pun intended). It allows the body to be festooned with buttons and controls. I felt no need to customize any of them, as everything you’d ever want to tweak in a hurry is already accessible somewhere on the body.

That said, there is no touchpad control or joystick to move the autofocus point while the camera is up at your eye. Given that nearly every other camera maker offers something like this, it feels like a serious oversight on a camera that’s otherwise feature-complete.

The tilting rear screen is now a touchscreen, and the tilt mechanism has been beefed up quite a bit. You can use the touchscreen to set the autofocus point when shooting in live view mode (what I think of as mirrorless mode), and of course, you can navigate through the various menus and controls with just your finger. The user interface is very similar to what you get in the Z-series cameras and, while there’s a lot in there, it’s reasonably well-organized and easy to navigate.

I may be showing my recent Sony background here, but one of my favorite things about shooting with the D780 is the battery life: It’s phenomenal. Much of that, of course, is due to the mirrored design, versus the battery draining live video view of mirrorless cameras (another notch for bigger cameras). Nikon claims 2,260 shots per charge using the optical viewfinder and my experience bears that out (I actually got better than that). When you do finally need to charge up the D780 it doesn’t take long thanks to the USB-C charging port (there’s a wall wart battery charger available separately).

Video is one place where the D780 shines next to many DSLRs. There’s 4K video with no crop, a 1080/120p slow-mo mode, and fast autofocusing with face detection. The only thing that felt lacking relative to the Sony A7 series is in-camera image stabilization. If you want to shoot video with Nikon lenses and really need that extra stabilization—and I’ll admit, I missed it while shooting video with the D780—the Nikon Z6 is the better choice. The D780 does have electronic stabilization, but there will be a slight crop. Still, the D780 is perhaps the best video performance you’ll find in a DSLR.

Jack of All Trades

Here comes the hard part: Should you get the D780? If you’re already invested in the Nikon system, have a bunch of Nikon F-mount lenses, and want a good, jack-of-all-trades camera, the answer is yes.

The higher-end Nikon D850 does have a larger sensor and more autofocus points, but it also sells for nearly $1,000 more. If you’re a landscape or portrait photographer who needs the 45.7-megapixel sensor of the D850, then, well, you need it. But if you’re looking for a generalist camera with excellent specs, very nice straight-out-of-the-camera JPGs, dual SD card slots, and mirrorless quality 4K video features, the D780 is hard to beat.