One Child Killed, 72 Others Sickened by Coronavirus-Linked Syndrome in New York 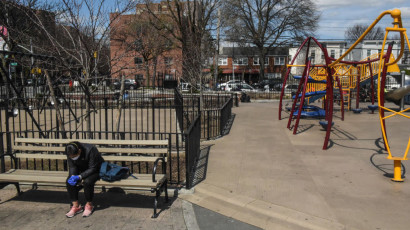 Dozens of children in New York are severely ill and at least one child has died due to a dangerous inflammatory condition possibly connected to covid-19, state officials reported this week. Now, health officials are alerting doctors to look out for and test children with these symptoms for the coronavirus that causes covid-19. Doctors and organizations in Europe have already made similar warnings.

Pediatric doctors in the UK were the first to sound the alarm in late April. They had begun seeing a rise in children with symptoms that resembled two rare conditions: Kawasaki disease and toxic shock syndrome. These conditions, though distinct, are both characterized by widespread inflammation that attacks the body, often fatally without prompt medical treatment. Some of these children were found to have had an active case of covid-19, while others had blood results indicating that they recently survived an infection by the virus.

At the time, pediatric organizations in the U.S. stated that no similar reports had been made by doctors here. But last week, doctors at Stanford University in California reported the first possible case of the inflammatory syndrome in a 6-month-old girl who tested positive for the coronavirus (she was treated and recovered without complication). New York City health officials soon after reported that at least 15 children have been hospitalized with these symptoms.

Today, New York Governor Andrew Cuomo said there are now 73 reported cases in the state, including a 5-year-old boy who is believed to have died from these complications on Thursday.

Symptoms of the syndrome include a long-lasting fever, gastrointestinal pain, rashes, and swelling of the heart or nearby arteries. Some children have also developed a sudden loss of blood flow, or shock, and required intensive care. The majority of these children have tested positive for the virus or seem to carry antibodies from an earlier infection.

There are still many lingering questions about these cases, though. Viral infections can be a risk factor for toxic shock, but it’s most commonly caused by certain bacterial infections. Kawasaki disease, which most often happens to children under the age of 5, is poorly understood, though viral infections are thought to be a possible trigger. It’s possible that coronavirus infection itself may not be responsible for the syndrome but that it can raise the risk of a later self-destructive immune response in children.

Though these cases do seem to be rare and can be effectively treated if caught early, it’s another indication that the virus isn’t necessarily harmless to children. Parents in New York state are advised to seek medical attention if their children develop a fever for longer than five days, are unable to drink fluids or breathe easily, or have changes in their skin color, becoming pale or blue.