Pandemic Lessons From an 18th-Century Reenactor 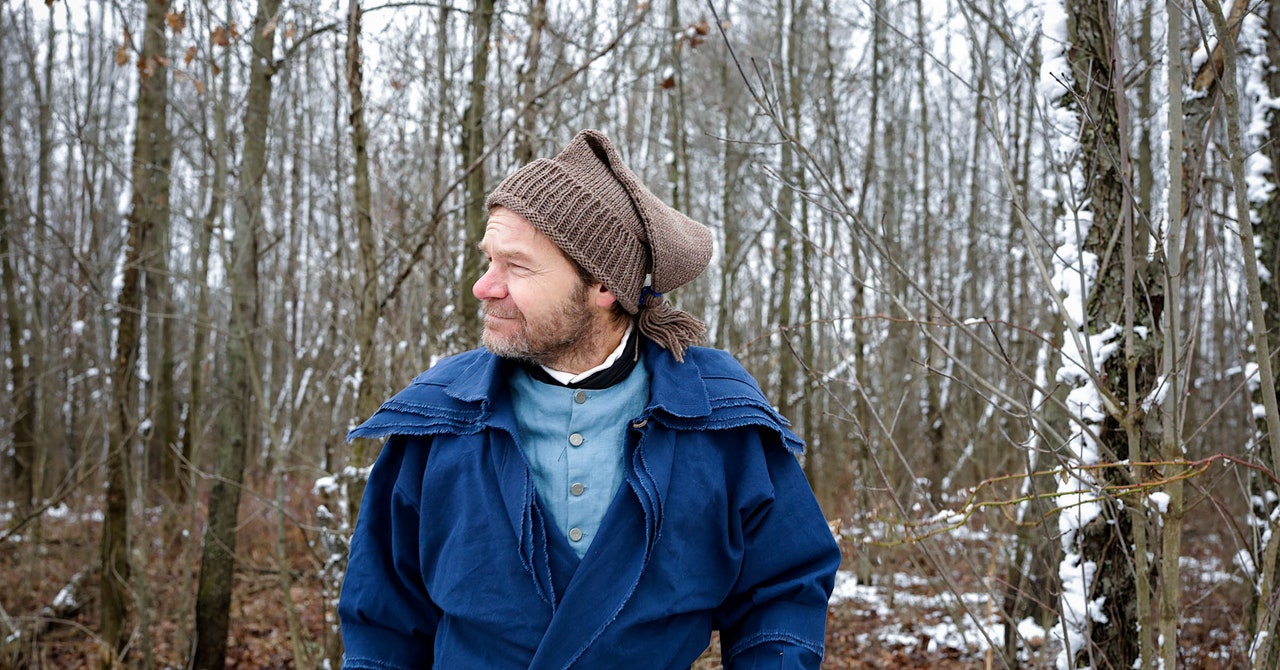 Disease brought the same kind of frustration for 18th-century Americans that you may be feeling now. As the coronavirus pandemic has unfolded, scientists have worked frantically to learn more about how it spreads and who’s the most vulnerable and how we might treat the afflicted. New knowledge replaces old knowledge, and it can be hard to keep up. In our panic, we crave answers.

“They were dealing with that, their medical industry,” Townsend says. “Yellow fever was really bad in Philadelphia in the late 18th century, in the 1790s. And there was a great desire at the time to throw a lot of medical research at this to figure out what it was. Was it infectious between people?” (Yellow fever, like malaria, is spread by mosquitoes, not people.)

Americans in the 18th century were accustomed to death—a lot of it. Back then the stomach flu could easily kill children, if it wasn’t smallpox or yellow fever. “But today, we don’t really see that, so we’re not used to it,” Townsend says. “We’re not used to these things attacking us out of left field and laying waste to great portions of the population.”

It’s hard for us to fathom scenes from a New York hospital that became so overwhelmed by Covid patients that they had to store bodies in a refrigerated semi-trailer. Perfectly healthy young people are perishing. The best disease experts in the world are telling us to prepare for an even worse second wave in autumn if we don’t take social distancing seriously.

That distancing means, inevitably, unemployment and isolation. “Many, many people in the 18th century were in that situation. Wintertime, that was time for unemployment,” Townsend says. “Lots and lots of people were agriculturally based, and they had to survive on whatever they put away in the fall. They were used to just not having a job. For four to six months, there is no income and there’s nothing you can do about it.”

The coronavirus has brought with it a crushing sense of uncertainty, not just in the immediate moment but also for our very futures. We don’t know what the world will look like a month from now, or a week, or even a day. It’s this uncertainty that feeds into a sense of the surreal, that we’ve lost so much of the routine that keeps us grounded as humans, that this can’t possibly be happening.

If you’ve got kids, you’re worried about their future like you’ve never worried before. “It’s generational uncertainty,” Townsend says. “For the past maybe hundred years, we’ve lived in this kind of, Oh there’s this bright shiny future out there.”

“But there’s a whole different mindset going on in most especially common people in the 18th century,” Townsend adds. “I think we would find their thought processes pretty alien, in some ways.” Heading across the Atlantic to America, immigrants thought they had at least a better shot. But they knew they would suffer. Not only that, they expected subsequent generations to suffer before the family got a good footing.

The colonial cuisine reflected this hardship. Among the doozies that Townsend has cooked up on YouTube: pancakes pinkified with beets; coffee mixed with eggs; fried deer heart because you aren’t about to let a perfectly good organ go to waste. If you thought the shortage of beans at your grocery store was aggravating, take it from Jon Townsend: 18th-century Americans were working with far less and combining what little they had into fearsome culinary chimeras.

If you think your pandemic existence is unbearably surreal, keep in mind that you’re not at the same time reenacting a technologically bereft 18th-century life and uploading it to YouTube. The disconnect is not lost on Townsend. “It’s like, I need to go out and fix the log cabin, and what’s the new solid-state hard drive that I’m going to use in the new systems I’m building?” he says. “And how do those things relate and how do they also smash into one another and make it difficult to do one thing? I don’t know.”

“Yeah,” Townsend adds, “it is the weirdest life in the world.” Ain’t that America.