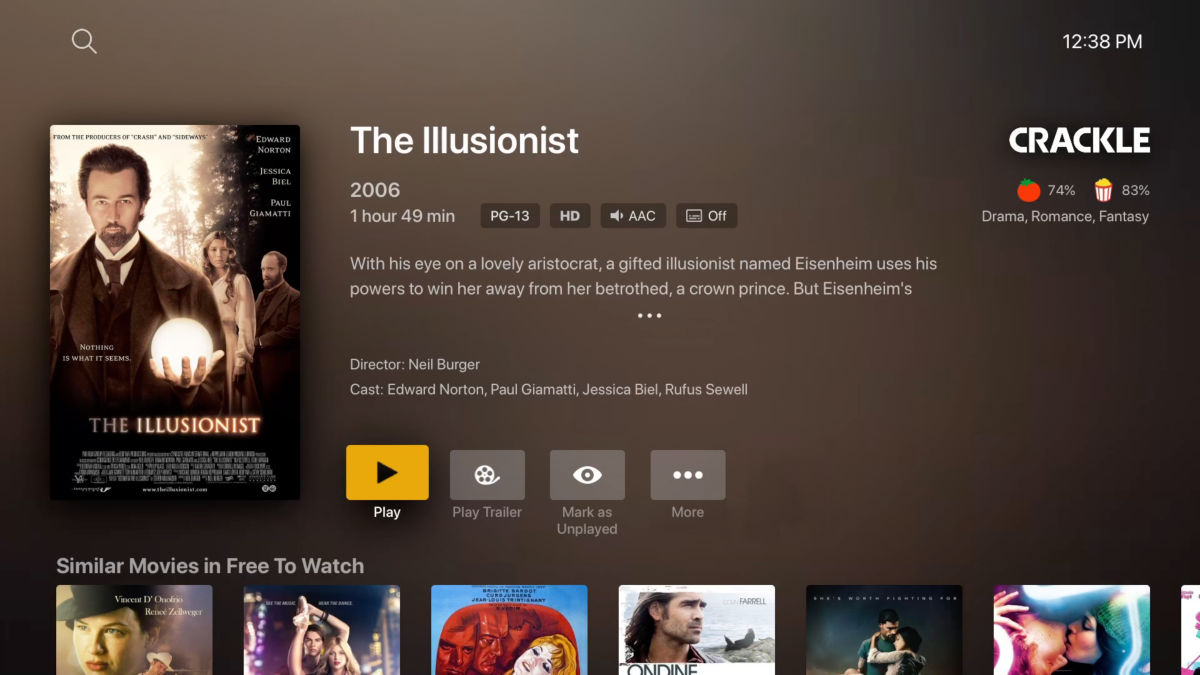 Plex’s free tier is getting a boost of thousands of TV and film titles thanks to a partnership with fellow free streaming service Crackle.

Plex—the build-your-own streaming service hub for your content as well as that of its partners—offers free movies and TV on-demand with a login for its free, ad-supported tier. (Its premium tier, Plex Pass, costs $5 per month or $40 per year.) Plex already offered a pretty sizable suite of free, premium movies on demand, including pictures like Ghost in the Shell and The Terminator. Now, it’ll add thousands of more titles with Crackle’s on-demand and original content to the mix.

Many of the titles in Crackle’s catalog are older, as is generally the case with most free streaming options. But Plex has a pretty good curation system, with categories for picks of the week, recently added movies, popular movies, top documentaries, and “indie gems,” meaning you’ve got a good shot at finding something you actually want to watch rather than having to dig through a list of so-so stuff. It also has entire categories for Zombie flicks, silver screen classics, anime, and horror, for those of us genre nerds.

Plex is a different kind of streaming service in that its primary goal now is to be your everything hub, a place where you can host all of your own media in one place, and supports integrations with other services like TIDAL as well as podcasts, web shows, and news. Plus, the company announced at CES this year that it plans to introduce purchased or rented content, and a deep-linking functionality that would allow you to find content even if it doesn’t live on Plex itself.

So in theory, if you wanted to find a movie, you could search for it on Plex, and Plex could direct you to the streaming service where it’s available, though that feature may be some time out.

“We want to have a critical mass of content available before we have the deep linking capabilities,” CEO Keith Valory told TechCrunch in January. “But if those deep-linking opportunities present themselves earlier, we’re also optimistic. If we can make a feature relatively easy for users and they love it, that’s what we as a company have always done.”

The whole idea is to kill what the company refers to as “decision fatigue,” or having so much content peppered across a seemingly never-ending stream of services—and there are so, so many—that you can’t figure out what to watch. Instead, all your stuff lives in one place in one app on your devices. A Plex spokesperson told Gizmodo earlier this year that while there was no specific timeframe for the feature rollouts, they were “definitely on the agenda.” When reached this week by email, a Plex spokesperson said it was “all still on the road map” but didn’t have any dates to share.

Plex may be a ways away from competing head-on with other streaming cross-platform giants Prime, but it’s getting there. I personally welcome a Plex-specific feature that can take the guesswork of finding that one thing I wanted to watch but need to check 15 apps to find. Plex if you could kindly, you know, hurry it along.