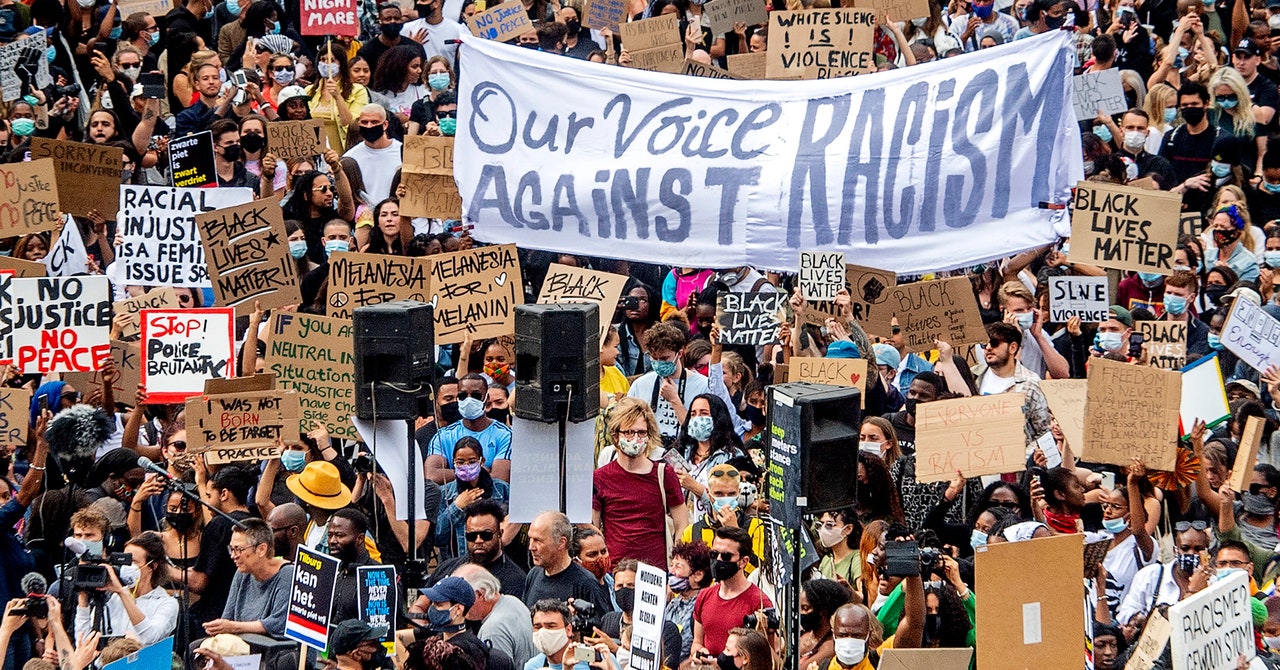 Cities are under curfew, militarized police are using weapons of war against unarmed civilians, neighborhoods are mobilizing offline, and our highest government officials are threatening violence on social media. Not to mention the deadly pandemic that’s killing a thousand Americans every day.

It’s dangerous out there. If you’re going to head out to protest these and other injustices, and take photos while you do so—as is your First Amendment right—there are some things you should keep in mind. Whether you’re using a smartphone or a DSLR, documenting a protest with photos and video can be an important part of telling the story of what happened and when. But those photos can also be used to harm you or your fellow protesters. Here are some steps you should take to keep yourself and others safe.

Before you grab your camera and rush out the door, ask yourself why you want to take photos at this event. You should not take photos at a protest for likes, follows, or social media clout. Do not do attend a protest just to say you were there. Protests aren’t photoshoots, and the people in the streets venting their anger and frustration at systemic injustices aren’t there to pose for your Insta. Just think about your motivations, and be honest with yourself.

Would you still want to go protest if you left your phone and camera at home? Be a protester first, a photographer second.

2. Make a Plan and Bring a Friend

Staying safe at a protest can be tricky but we have a couple guides that can help you with that: how to keep yourself safe with the right gear and how to protect your smartphone and data privacy.

More specifically though, protest with a couple friends, relatives, roommates if you can. Stick together, share supplies, look out for each other. Going to a protest with even just one other person can take a lot of the stress out of it. Your friend can watch your back while you take photos and make sure you’re not standing in anyone’s way.

If police declare an unlawful assembly and start using force to disperse crowds, it can be really hard to find a reliable way home. Rideshare services like Lyft or Uber might not be able to pick you up. Same goes for mass transit, buses and trains might be shut down or rerouted around protest routes.

The easiest plan is the simplest one: Plan on walking. You don’t need to plan on walking all the way home, but plan to walk a good quarter mile before you find a bus, train, or rideshare driver willing to come pick you up. If you can, ask a friend who won’t be at the protest if they can be available to come pick you up. Last resort, check social media. Search under local hashtags for organizations that are offering rides or retweeting people who are protesting. Stick with trusted organizations, though; don’t let a stranger come pick you up.

You may also want to consider what will might do if you witness violence? I can’t answer this one for you. Sometimes the best thing you can do is take photos or shoot a video. Images have power. But there may also be a time to put the camera away and act. This is an important question to ask yourself before you head out the door.

Protests can grow quickly, so even if you think you’re attending a small protest or march it’s important to take your role seriously and avoid putting yourself or anyone else in harm’s way.