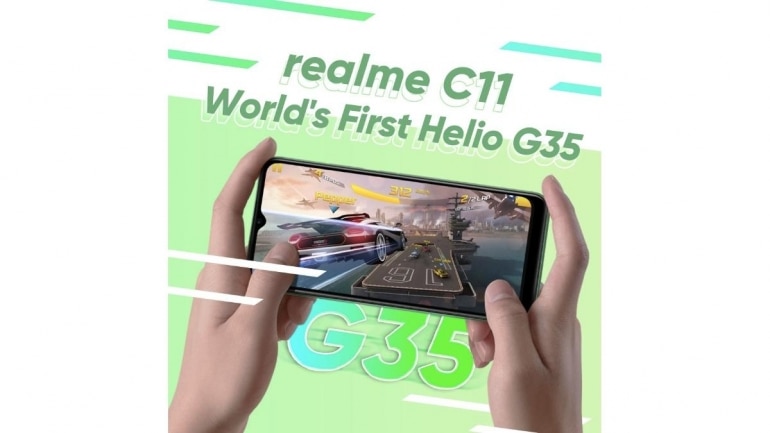 The Realme C11 is now official. The device was launched in Malaysia recently with MediaTek Helio G35 chipset, making it the world’s first phone to feature the new chipset.

The Realme C11 comes with new geometric art design and is available in two new colour options: Mint Green and Pepper Grey. It also features a curved back design.

The Realme C11 comes with a 6.5-inch screen with 1,600 x 720 HD+resolution. It features a dew-drop design which houses the front camera. Powering the device is the MediaTek Helio G35 chipset. It is an octa-core chipset with cortex A53 CPU and max clock speed of 2.3GHz. It is coupled with IMG PowerVR GE8320 GPU clocked at 680MHz.

The handset comes in only one configuration, with 2GBs of RAM with 32GB internal storage along with a dedicated microSD card slot. On the camera front, the Realme C11 comes with 13MP f/2.2 primary shooter with 2MP f/2.4 portrait lens and over at the front, you get a 5MP selfie camera with f/2.4 aperture. The Realme C11 misses out on the fingerprint scanner and instead gets only the face unlock feature.

Powering the device is a 5000mAh battery with 10W charging support via micro USB slot. It is running on Realme UI based on Android 10. Connectivity options include Wi-Fi 802.11 b/g/n, Bluetooth 5.0, and Dual SIM slot. On the sensors front, you get Magnetic induction sensor, light sensor, proximity sensor, and acceleration sensor. The device weighs around 196 grams and is thick at 91.mm.