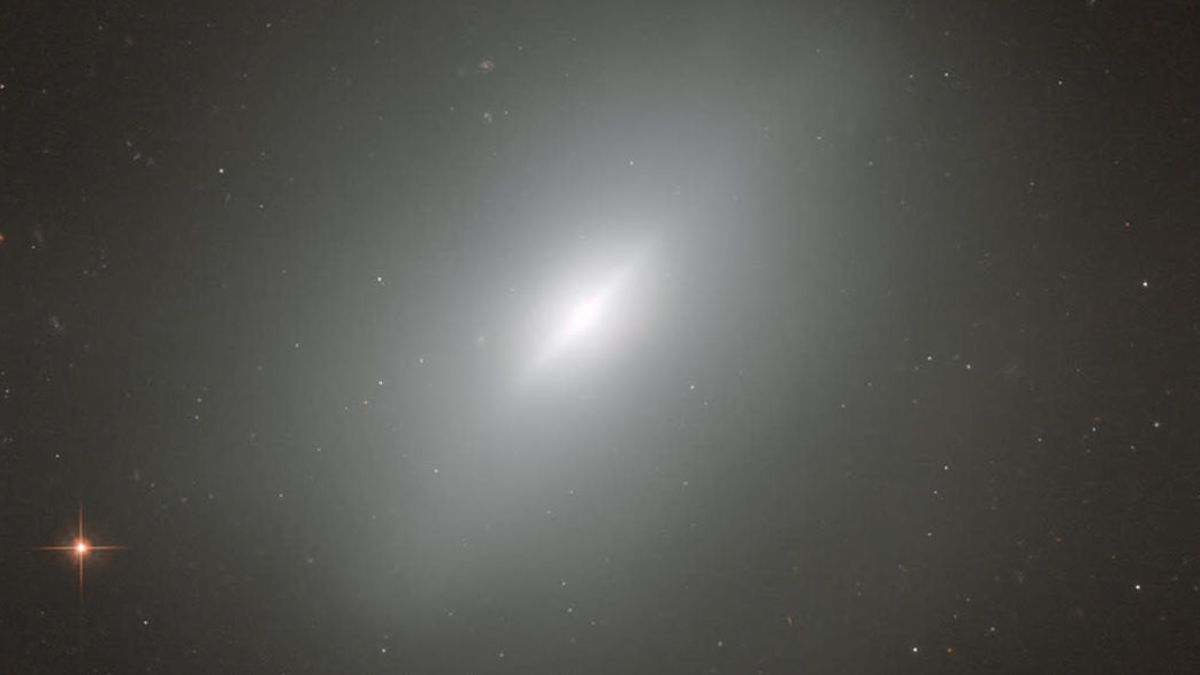 We live inside a spiral galaxy, but one school of thought suggests oval-shaped elliptical galaxies are most likely to host intelligent civilizations. A new paper tries to overturn this assumption by applying a classic philosophical technique used by scientists for centuries.

New research published in Monthly Notices of the Royal Astronomical Society questions the life-supporting potential of large elliptical galaxies. The paper, authored by astrophysicist Daniel Whitmire from the University of Arkansas, attempts to overturn a 2015 paper which claimed that elliptical galaxies are 10,000 times more likely to host intelligent life.

Galaxies come in three major configurations: spirals (like our home, the Milky Way), ellipticals, and irregulars. Elliptical galaxies appear as nondescript blobs, containing anywhere from millions to trillions of stars.

The 2015 paper, led by University of Groningen astronomer Pratika Dayal, claimed that large ellipticals are more habitable than spirals owing to a bigger population of stars and far fewer celestial calamities, such as supernova explosions. The paper also argued that large ellipticals tend to have more “metals” than spirals, that is, more stuff not made from hydrogen and helium, which is good for life.

Whitmire applies two lines of thinking in his attempt to overturn this finding, one scientific and one philosophical.

In terms of the science, Whitmire says elliptical galaxies were bathed in radiation during their formative years, when they were much smaller, the result of quasars, supernovae, and other hazards. This effectively served to sterilize ellipticals at a very young age, forever stunting their habitable potential, according to the new paper.

“Whitmire suggests that planets would have been sterilized when the ellipticals were younger—too many supernovas, active galactic nuclei irradiating everything—or the abundant ‘metals’ create more gas giant planets, and when they migrate inward during the formation of a solar system they wipe out terrestrial planets,” Anders Sandberg, a researcher at the University of Oxford’s Future of Humanity Institute who wasn’t involved with the new study, told Gizmodo.

Whitmire elaborated in a press release:

The evolution of elliptical galaxies is totally different than the Milky Way. These galaxies went through an early phase in which there is so much radiation that it would just completely have nuked any habitable planets in the galaxy and subsequently the star formation rate, and thus any new planets, went to essentially zero. There are no new stars forming and all the old stars have been irradiated and sterilized.

So that’s the scientific argument, but Whitmire also used the Principle of Mediocrity to bolster his case. This principle is often applied when data is scarce and typically when only a single data point exists. It basically asks scientists to assume we’re typical and not extraordinary in the larger scheme of things. In other words, we should never assume we’re outliers in the absence of other frames of reference.

By applying the Principle of Mediocrity to this case, Whitmore is saying we, as members of a spiral galaxy, should not expect to find ourselves in a spiral galaxy, given the apparent probability of ellipticals being 10,000 times more habitable than spirals.

“When you have only a single data point, the Principle of Mediocrity is the best you can do,” Whitmire told Gizmodo. “When it has been subsequently tested, it’s usually been correct,” he said, adding that the counter-assumption that we are somehow atypical is “highly implausible.”

Sandberg didn’t love the new study. For this theory to work, he said, mass extinction sterilization events in young ellipticals must be so devastating that they wipe out a planet’s habitable potential for all time.

“That seems to be a rather tall order, and I have a hard time imagining an environment so effective at sterilization,” he told Gizmodo. “Same thing for the gas planet migration. Sure, there could be a lot more gas planets, but so many that less than one Earth in 10,000 escapes?” To which he added: “These kinds of arguments [i.e. Principle of Mediocrity] are tricky to get to work right, and are nearly always trumped by any kind of data. So we need to get more data.”

Sandberg’s personal view is that he doesn’t “trust” the findings from the 2015 Dayal paper, namely the estimate of so many habitable planets in the ellipticals.

“It is based on a fairly speculative extrapolation from galaxy metallicity to the number of terrestrial planets—there is so much that can go wrong there that this is where I think the trouble is,” Sandberg told Gizmodo. “If that estimate is not correct, then we don’t need to invoke deadly environments.”