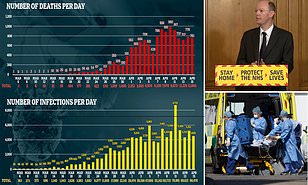 Every day brings new scientific insights into covid-19 and the coronavirus that causes it. Here are some of the latest studies and developments, including research into the virus’s fatality rate and impacts on children.

Most countries have implemented social distancing to keep covid-19 at bay, since there are no currently available vaccines or approved drugs to treat it. And we’re finally starting to learn what it takes for these lockdowns to slow or even halt the spread of the virus.

A new study in Science this week tried to measure how people in two regions of China moved around and interacted with others once the government began to enforce strict restrictions on travel. Researchers surveyed over 1,000 people total in Shanghai and Wuhan—the latter being the first known area in the world to report covid-19 cases—in early February, when the reported outbreak in China was at its peak and the lockdown was just underway.

The respondents in Wuhan said that, in December 2019, they interacted with about 14 people a day on average, while those in Shanghai area said they came into contact with 20 people. But during the shutdown, social contact was reduced dramatically, with people in both cities reporting that they saw only around two people a day on average, who were usually people living in their home.

The researchers found these social changes in both cities led to a drastic decrease in the virus’s ability to create new infections. Though some have criticized the validity of China’s official tally of cases and deaths, the country’s outbreak does seem to have slowed considerably. Other hard-hit countries, such as Italy and Spain, have seen a decline in reported cases following restrictions on social contact.

The U.S., however, continues to experience a plateau, with neither the number of new reported cases nor deaths dropping much during the month of April. So the country’s level of social distancing may only be doing enough to keep the outbreak from spreading exponentially, not driving it down. Despite this, several states are now easing restrictions on travel and in-person businesses.

A link between covid-19 and Kawasaki disease

Last weekend, doctors in Europe began sounding the alarm on a possible unexpected consequence of covid-19 in children. They noticed an uptick of children developing two rare inflammatory conditions that can fatally attack the body: Kawasaki disease and toxic shock syndrome. Some of these children tested positive for the virus behind covid-19, and others were suspected of having survived an earlier infection.

On Wednesday, the first known U.S. case of Kawasaki disease possibly connected to covid-19 was reported by doctors at Stanford Children’s Hospital in California. The six-month-old girl had been diagnosed with Kawasaki disease soon after a visit to urgent care, with a positive test result for covid-19 coming later. Thankfully, Kawasaki disease can be treated successfully, with no long-term effects, if caught early. The infant was treated and quarantined for 14 days and seems to have recovered fully.

Though Kawasaki disease has been linked to viral infections, including from a human coronavirus related to SARS-CoV-2, researchers still know very little about exactly why the condition happens (genetics could play a role). Time will have to tell whether the connection between covid-19 and either condition in children is real, but it’s more evidence that younger people aren’t impervious to this pandemic.

A new study published Friday is the latest to suggest that covid-19 is especially bad for the heart.

Researchers looked at mortality data from 169 hospitals in Asia, Europe, and North America, encompassing nearly 9,000 patients with covid-19. They found a consistent pattern: Infected patients with pre-existing heart conditions, such as coronary artery disease or arrhythmia, were more likely to die than those without heart problems.

One theory for why covid-19 is more lethal for people with cardiovascular disease involves the drugs people take to manage their heart issues, particularly angiotensin-converting–enzyme (ACE) inhibitors and angiotensin-receptor blockers (ARBs). Both drugs interact with the receptor ACE2, which the coronavirus uses to hijack the cells it infects. Because of this shared link, some doctors have argued that patients may need to discontinue theses drugs as a precaution. But organizations such as the American Heart Association have pushed back against the idea, stating that there hasn’t been any conclusive evidence of harm from taking either drug if you contract the virus.

In this study, the researchers found no relationship between using these drugs and a greater risk of death. Given how valuable they are for managing cardiovascular disease, that’s at least a bit of comfort, provided the study’s results hold up.

Lastly, a bit of math.

A loud minority of people continue to downplay the seriousness of covid-19. Many still insist that covid-19, once you take into account unreported cases, is likely to be no deadlier than the flu.

While the true fatality rate of covid-19 will take some time to figure out, though, we can definitely rule out that it’ll match the seasonal flu. A preliminary paper this week did it by simply taking the number of deaths in New York City, Madrid, Spain, and Lombardy, Italy—around 35,000 at the time—and dividing it by the combined 25.1 million residents living in those three areas. That yielded a mortality rate around 0.14 percent, which is higher than the estimated 0.1 percent rate associated with the typical flu.

But that number is far too generous, as the paper admits, since it assumes that every single person in Lombardy, New York City, and Madrid has caught the virus and that no further deaths will happen. Early evidence has suggested that perhaps a quarter of New Yorkers have had covid-19, and there continue to be many deaths from covid-19 that have gone unrecorded in New York City and worldwide.

One of the best ways to figure out covid-19’s fatality rate is to measure how many people carry antibodies to the coronavirus in an affected area, which can then be compared to reported deaths. Many of these studies are still underway, and some have been criticized for their methodology. Overall, though, their early findings suggest a fatality rate ranging from 0.5 percent to 1 percent. Those are numbers that would make covid-19 several times deadlier than the flu.

Buying PS5 isn’t impossible, but people keep making these 3 restock mistakes Throwing a PS5 controller in the air out of frustration with a person in the background