Road Test: The all-electric Mini Cooper is fun, adorable, and as good as it gets 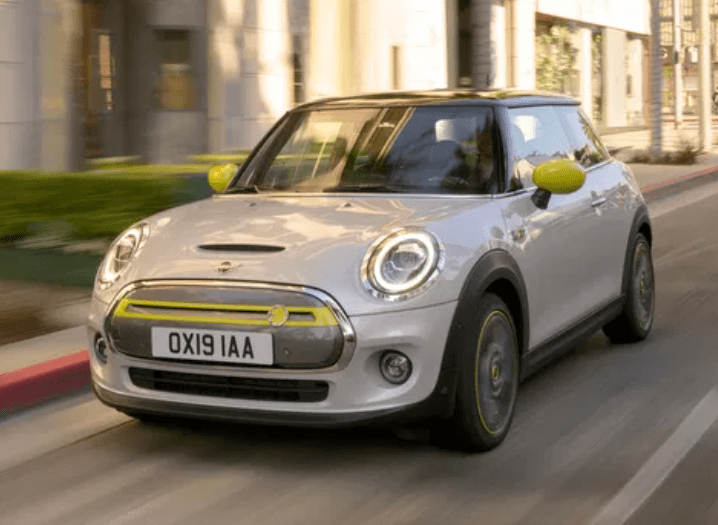 This article was originally published by Steve Schaefer on Clean Fleet Report, a publication that gives its readers the information they need to move to cars and trucks with best fuel economy, including electric cars, fuel cells, plug-in hybrids, hybrids and advanced diesel and gasoline engines.

The 2020 Mini Cooper SE is the brand’s first production all-electric vehicle (EV). It delivers all the charm and fun of the premium small hatchback, which has built a following since its debut in 2001—without using a drop of petrol.

There are two ways that manufacturers market their EVs—either as unique, stand-alone models, such as the Nissan Leaf or Chevrolet Bolt, or as an electric version of an existing vehicle, such as Volkswagen did with the e-Golf. In the case of the Mini, the electron-powered model looks almost exactly the same as the gas model and is built in the same Oxford, UK, factory.

That’s great, since the Mini Cooper is so right as-is, but it is a money-saving idea, too. When parent company BMW rolled out the i3 as its first EV, it looked nothing like an Ultimate Driving Machine—or anything else, for that matter. They had to spread out all the development costs of a unique model over a much smaller batch of cars.

The easiest way to identify a Mini Cooper SE in the wild is by its little yellow “E” logos and the filled-in grille area with its jaunty yellow stripe. Distinctive wheels, a low-cost differentiator, are there as well. Yellow mirrors are optional and further distinguish the car. The SE sits 18 mm higher than the gas version, too, but that may be less obvious.

One way you can hear the difference is that the SE is silent. However, at low speeds, it emits an “acoustic pedestrian protection” sound to alert the unwary in parking lots. If you’re driving the car with the windows open you can hear the hissing tone drop off at around 15 mph.

The big difference between the EV and the gas car is when you jump in and drive it. Just press the accelerator pedal (don’t call it “the gas”) and off you go. Electric motors are known for their instant torque, and this one delivers, with 181 horsepower and 199 pound-feet of torque sending the car on a 0-62 mph blast in 7.3 seconds. With the T-shaped battery stowed in the floor between the front seats and under the back ones, the low center of gravity keeps the electric Mini well planted in turns.

You can control how the car performs by setting one of four modes: Sport, Mid, Green or Green+. Mid is the “regular” default setting, while Green and Green+ slow down the car’s energy use with slower acceleration in the first case and by turning off heat/AC and seat heating in the + setting. Sport makes the car leap forward when you accelerate and tightens up the steering ratio in case you take your car on an especially challenging section of winding road or visit the racetrack. I found Mid to be perfect for normal driving.

The usual and unique features

Like all EVs, the Mini SE features regenerative braking to add charge to the battery and also to slow down the car—one-pedal driving. The standard setting lets you slow to a stop at a stop sign or red light without touching the brake (if you plan right). Flip a toggle switch on the dash and another setting removes most of the regen for a more “normal” feeling. I love one-pedal driving, so I left it in the high regen mode all the time. It feels a little like downshifting a manual transmission.

There are two unique features of the Mini Cooper SE worth mentioning besides the drivetrain and the badging. A heat pump collects waste heat from the motor, drive control, high-voltage battery, and outside air to warm the interior. It uses 75 percent less energy than a conventional heater. Also, the standard navigation system displays a range circle based on battery charge level, and offers route guidance that offers the shortest, fastest, and greenest routes to take.

There are three trim levels to choose from: Signature, Signature Plus, and Iconic. The Signature model is well-equipped, with features like heated front seats, Apple CarPlay, Mini Navigation, and a digital display cockpit.  Adding $4,000 moves you up to Signature Plus, with a panoramic moonroof, power folding mirrors, auto-dimming interior and exterior mirrors, rear parking distance control and an upgraded Harman-Kardon audio system. The Iconic level, for an additional $3,000, gets you the Mini Yours leather steering wheel, front parking distance control, a head-up display, a larger touchscreen nav system and wireless charging (in the armrest). All great stuff, but the Signature will drive just as nicely.

Electric vehicles are wonderful, but there are two primary reasons why more people don’t opt for them—initial cost and charging/range. Mini has solved the first and qualified the other. By using as many gas-powered Mini parts as possible, they can offer the Signature model for just $29,900. If you can deduct applicable federal and state rebates, the Mini Cooper SE could be a $20,000 car, which is cheap by EV standards. And don’t forget—electricity is normally cheaper than gasoline, and EVs require little maintenance, so the total cost of ownership is lower. My White Silver Metallic test car, in Iconic level, priced out at $37,750, including destination charge, which is still competitive—about the price of the lower level Chevrolet Bolt LT.

The second reason why people avoid EVs is that they don’t want to deal with charging and are worried about range. The Mini Cooper SE can use a Level 1 110-volt standard plug (at home) or Level 2 240-volt charger (at home or at a charging station). It also can accept DC fast charging, which fills the battery to 80 percent in 36 minutes (a lunch break), but that’s still slower than swinging by a gas station. Ideally, if you have a home Level 2 charger, feeding an EV is easier (and safer) than going to a gas station—and you have a full tank every morning.

The range conundrum is where the Mini has sealed its fate. In a world of 259-mile-range Bolts and 258-mile-range Hyundai Konas, the Mini gets only 110 miles to a charge. That’s because its battery is just 32.6 kilowatt-hours—about half the size of the Chevy and the Hyundai. But it was a calculated decision. A smaller battery is lighter and less expensive, making the Mini cheaper in base form than those other two non-premium vehicles. It also may be the biggest battery that’ll fit in the tiny car. However, 110 miles relegates the Mini Cooper SE to second-car status—fine for local trips and commuting, but a hard sell for long-distance travel. I can imagine it sitting in the garage next to either a Tesla Model X family car or, less environmentally responsible, a BMW X5 or Jeep Grand Cherokee.

As the owner of an 80-mile-range Fiat 500e and longtime Mini Cooper enthusiast, this is probably the ideal car for me. It was a blast to drive for a week. I took it out on my area’s best back roads, and it danced around the corners and charged uphill in a deeply satisfying way—silently, of course.

Minis have an adorable, fun personality, and the EV version is as good or better than the gas model. In reality, most people don’t need more than about 50 miles range a day, so if you’re one of them, this is about as much fun as EV driving gets—and is downright inexpensive, too.