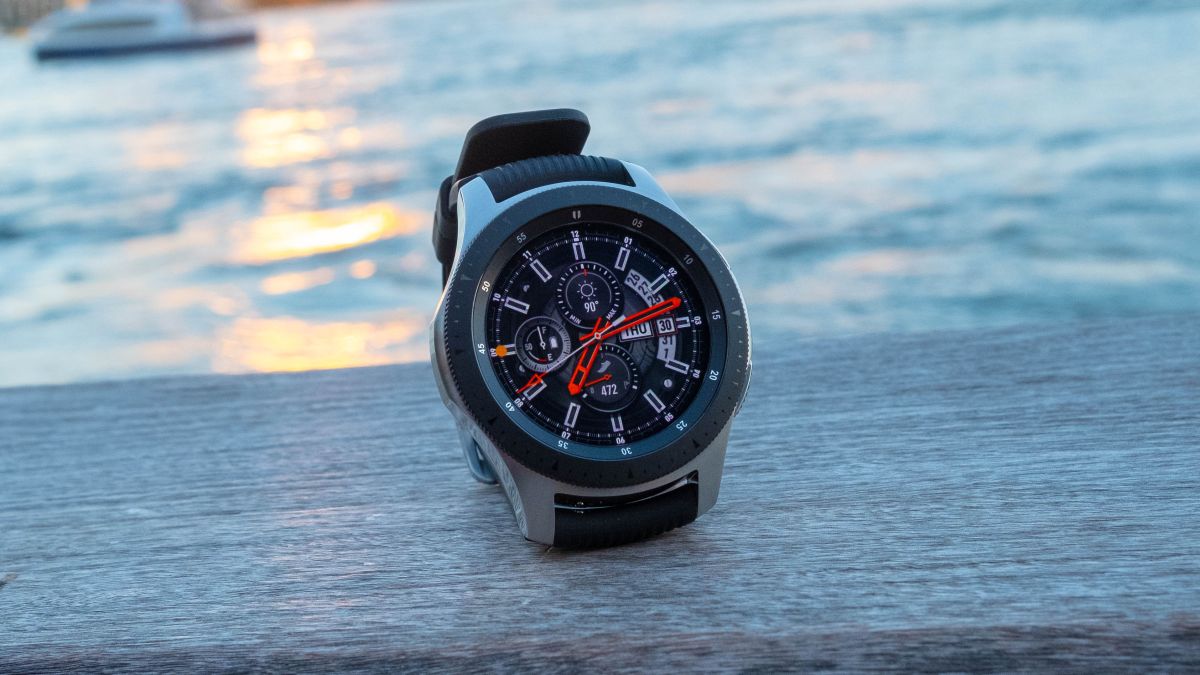 Indeed, it’s overdue, especially when you consider that Samsung launched the Galaxy Watch Active 2 only six months after the original Watch Active arrived back in 2019.

That was when we expected to hear of the Samsung Galaxy Watch 2, but at the time of writing we still haven’t heard any official news about it, despite the original Galaxy Watch being one of the company’s best ever wearables.

Below you’ll find all the leaks and news that we’ve heard so far about the wearable and further down there’s a wish list of all the things we want from the Galaxy Watch 2, to make it a worthy upgrade and a real rival to the Apple Watch 5 and the other best smartwatches.

Update: It’s rumored that the Samsung Galaxy Watch 2 will get its predecessor’s best feature, but based on recent regulatory filings, it looks as though the wearable might actually be called the Galaxy Watch 3.

Originally we expected to see the Samsung Galaxy Watch 2 a year after the original device – around the same time as the Galaxy Note 10 launch in 2019 – but the device didn’t appear. Nor did it land alongside the Samsung Galaxy S20 family of phones in February 2020.

Either the Samsung Galaxy Watch 2 or Galaxy Watch Active 3 could land soon though, as two model numbers for Samsung wearables, which have previously been linked to one or other of these ranges, have now appeared on official certification documents in China. Since then, something listed specifically as a ‘Samsung Galaxy Watch’ has been certified in the US.

That more or less proves that Samsung has a new smartwatch in the works, but certifications for new devices normally appear close to launch, so it also suggests the wearable might soon be announced.

There aren’t many Samsung Galaxy Watch 2 rumors yet, but an FCC listing for an upcoming Galaxy Watch (which is presumably either this or the Galaxy Watch Active 3) includes a sketch with various specs and features written on it.

As you can see below, the wearable has GPS, LTE, a 5 ATM water resistance rating, a 45mm stainless steel case, military-standard durability, and uses Gorilla Glass DX.

According to the most recent reports, it seems that Samsung may skip a number and call this upcoming wearable the Galaxy Watch 3, partly to avoid confusion with the Galaxy Watch Active 2 (we hope you’re keeping up at the back).

Beyond that, it’s rumored that the Samsung Galaxy Watch 2 will have a physical rotating bezel. That’s no surprise since the original Galaxy Watch had this feature, but we’d like to see it return, as it’s a great way to navigate the interface.

One source also suggests that the wearable will come in two different sizes – a 44mm one and a 40mm one.

The original Galaxy Watch also came in two sizes, but they were 46mm and 42mm, so if true then the Galaxy Watch 2 might have been shrunk down a little, which is no bad thing, as the original was a hefty device in the larger size.

It’s worth noting that the Samsung Galaxy Watch Active 2 has now launched in 44mm and 40mm sizes, so it’s possible that this rumor was actually talking about that, especially since the sketch above mentions a 45mm size. Equally though, it’s very possible that Samsung will start offering those sizes across its smartwatch range, especially as that’s in line with the Apple Watch.

A leak from sources known to popular Samsung blog SamMobile have said that the smartwatch will come with double the storage of previous editions so there will be 8GB of space for apps and music.

The same blog has also reported that there will be a titanium version of the watch, alongside the expected aluminum and stainless steel ones. Titanium is light, durable and expensive, so this could be a premium option.

It has also been reported that the Samsung Galaxy Watch 2 is codenamed ‘Renaissance’. One definition of that is ‘rebirth’ or ‘revival’, which – while we might be reading too much into the name – could suggest big changes are coming to the design or features of the watch.

Finally, in the realms of unlikely but possible features, there’s a patent (spotted by Patently Mobile) for a Samsung wearable with a body composition feature that would use electrodes built into the strap to measure body fat percentage.

We doubt we’ll see this on the Galaxy Watch 2 though, as that isn’t specifically named in the patent, and patents often take a long time to turn into products – if they ever do.

A big new feature on the Watch Active 2 for example is its ECG (electrocardiogram), a feature which will let it monitor your heart’s rhythm and alert you to possible atrial fibrillation. In other words, it could be a life-saving feature. The Apple Watch 4 also offers this and we’d be very surprised if the standard Samsung Galaxy Watch 2 didn’t.

The Galaxy Watch Active 2 also has a digital rotating bezel. This is in place of the physical one on the Galaxy Watch and could be something Samsung will move to for the Galaxy Watch 2. It’s arguably not quite as slick, but also takes up less space, allowing for a more compact design.

Of course, Samsung is also going to want to keep the two wearables distinct, so maybe it won’t ditch the physical bezel – especially as its return has now been rumored.

While we don’t know a huge amount about the Samsung Galaxy Watch 2 yet, we do know what we want from it.

The Samsung Galaxy Watch runs Tizen, rather than one of the big-name wearable operating systems, and one downside of that is that there are fewer apps available than you’ll find on Wear OS or watchOS.

So by the time Samsung launches the Galaxy Watch 2 we’d like to have seen it work with developers to get more apps on the platform, especially big name ones.

The Samsung Galaxy Watch tracks a lot of things and mostly does a good job, but stress tracking is definitely a weak link.

While it’s available, it required us to manually measure our stress levels rather than tracking them automatically in our tests (despite claiming that it can do it automatically), and its accuracy could be questionable, since the data seems mostly based just on heart rate. So we’d like to see this feature overhauled for the next model.

Competing with friends can be a big motivator to get more active and handily the Samsung Galaxy Watch lets you do this. Your friends don’t even need a Galaxy Watch of their own – a Gear watch or the Samsung Health app will do just fine.

However, you can only challenge friends individually, rather than having a group competition. It seems like this would be an obvious and easy feature to add, so hopefully Samsung will.

The Samsung Galaxy Watch charges wirelessly, but not just any wireless charger will do, you need a proprietary one that comes with it. This is inconvenient and if you’re ever without your charger means you’re likely to soon have a dead watch (though the Galaxy Watch at least has good battery life).

So for the Samsung Galaxy Watch 2 we want it to work with standard, everyday wireless chargers. That way if you’re at the office or a friend’s house without yours there’s at least a chance someone will have one you can borrow.

Another downside of using Tizen rather than Wear OS is that the Samsung Galaxy Watch is reliant on Bixby rather than Google Assistant.

This is a problem, because Bixby is nowhere near as good as Google Assistant (or Siri or Alexa for that matter), with one particularly major issue being that it simply struggles to understand us on the Galaxy Watch.

While you don’t have to use Bixby to interact with the Galaxy Watch, it has the potential to be a major feature, but until it gets a lot better it won’t be.

One of the big new features Apple added for the Apple Watch 4 was an ECG, a feature that lets it check for atrial fibrillation.

It’s a major upgrade and one we’d love to see Samsung match with its rival device. This now looks very likely though, as Samsung has brought the feature to the Galaxy Watch Active 2.