The most absurd consumer tech in video games 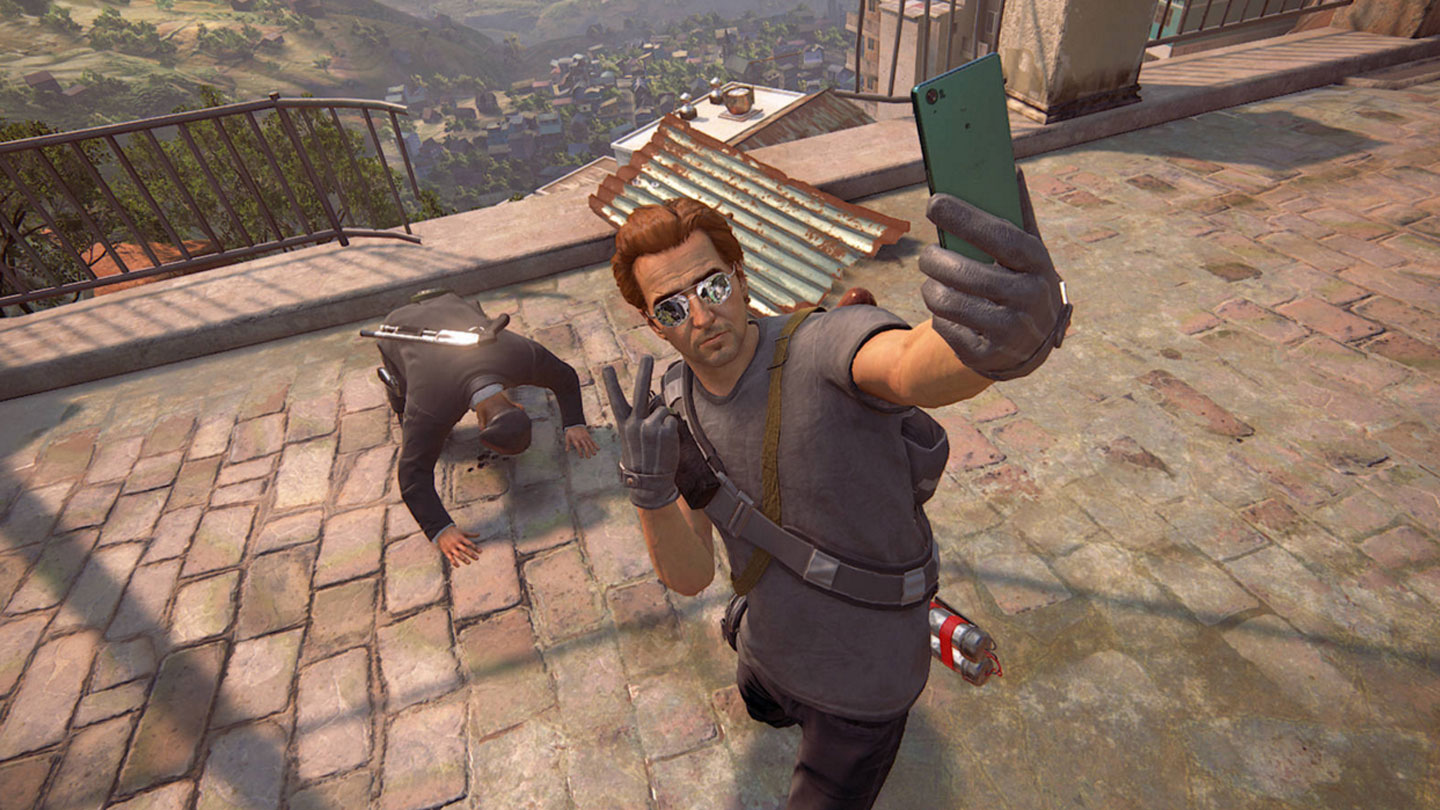 While the latest trailer for The Last of Us 2 was shocking in its brutal survivalist violence, it had one last surprise in store: a character is shown playing a PS Vita. Given how few people play the system nowadays, and the new game is set in 2033, we find the implication hilarious that one of the few pieces of tech to survive the apocalypse would be Sony’s underrated handheld console.

Which got us thinking: what are the most absurd devices that pop up in video games?

Sure, plenty of games incorporate tech advances that saturate our own world, like cell phones. But we’ve found some instances when including a specific piece of consumer tech feels, in hindsight, truly bizarre. These go beyond product placement to bend the suspension of disbelief, making us wonder what kind of world we’re playing in.

Here are our favorite moments when gaming and devices don’t mix well at all.

In the Metal Gear Solid series, Solid Snake (and his various other aliases) tends to communicate with his superiors using a Codec receiver, a discrete device which directly manipulates the small bones of the ear by using nanotechnology. You’d like to think, then, that Snake would have moved on from his chunky old Sony Walkman Cassette Player to something a bit more… advanced.

After all, there’s a multitude of reasons why cassette tapes are now a thing of the past: they’re bulky, need to be manually rewound, and the sound quality isn’t exactly top-tier. And yet Solid Snake refuses to leave his antiquated music player behind. Maybe he’s just stubborn; maybe he’s sentimental; or maybe Apple Care won’t cover devices that are taken into a warzone.

The Nintendo Switch is a fabulous console, but it’s hard to argue that its Joy-Con controllers are best suited to smaller hands when they’re detached from the console. At a stretch, you could probably imagine a chimpanzee using a single Joy-Con without much trouble. But a tie-wearing, 300+ pound ape?

Not a chance. We guess Nintendo missed the memo, though, as Diddy Kong and the ham-fisted DK play Nintendo Switch together as part of the game’s idle animation in Donkey Kong: Tropical Freeze. Diddy probably gave him the inferior right-sided Joy-Con as well, the cheeky little monkey.

(And before we get notes – yes, we know the original version had DK and Diddy grooving on the 3DS. That Nintendo decided to update it for the re-release is touching.)

In a world where darkness can only be defeated by light, batteries suddenly become a precious resource. That being said, only the best will do for Mr. Alan Wake, who exclusively uses Energizer batteries to power his flashlight. But here’s a question for you… how does Alan Wake always manage to put the batteries in the right way every time?

Furthermore, how does he achieve this feat of wizardry in the dark and under duress? And finally, what kind of torch drains batteries that fast anyway? Some things in life will always be a mystery it seems, but Alan’s favorite brand of batteries will never be in doubt. And don’t get us started on all the Verizon phones in the game…

What do you do when a niche NES peripheral gets largely forgotten about? Turn it into a character for Super Smash Bros, of course! R.O.B. was a typically novel idea from Nintendo that no one knew they wanted (and seemingly no one asked for, either). The toy was compatible with a couple of NES games, but was originally designed to make the NES appear more sophisticated to buyers, who were weary of video games after the infamous video game crash of 1983.

R.O.B. was admittedly a clever piece of tech, but he’s best recognized today as one of Super Smash Bros. growing cast of characters. The plastic robot made his in-game debut in Super Smash Bros. Brawl, and has been a mainstay ever since. Way to go, little buddy.

Imagine: you’ve been waiting for this day your entire 10-year-old life. You finally get the summons from the kindly professor in town to pick your very own pocket-sized beast to start your amazing journey. You go home to kiss your mom goodbye (like a good kid) and pop up to your room…to play a bit on your Super Nintendo Entertainment System.

Imagine being in a zoological wonderland where you get to raise, train, and battle Pokemon, but you’d rather sit inside and play Kirby All-Star. Oh well. We all need breaks.

Many items in the Sims 2 are comical knock-offs of real-world products, and that extends to computers, coming from fictional in-game brands like LyfeB Gon and PeachySoft. And then there was the AlienWare desktop. For whatever backdoor partnership reason, EA planted one of the top off-the-shelf gaming computers in the world, and its humorous ‘Everything But The Saucer’ description even pokes fun at the cost of the rig both in-game (3100 simoleons!) and real life. (FYI some modders have resurrected the item, but only for Sims 3, sadly…)

Sony, Sony, Sony. As an entertainment and technology titan, it’s not too surprising that Sony takes products from one arm of the company and shoehorns them into films – Hotel Transylvania 2 and the James Bond movie Skyfall both have either suggested or literal Sony phones, while a PS4 blatantly appears in Chappie. (Yay, product placement!) But it’s a bit sillier when we realized characters in Uncharted 4 were sporting the Sony Xperia Z5, because even at that point in late 2015, Sony’s phones were struggling to compete. It’s one thing to put your latest phone in James Bond’s hand for a scene; it’s another to pressure your devs to animate your company’s smartphone for some desperate advertising.

Okay, fair is fair: the 2016 time-manipulating third-person action game Quantum Break is chock-full of Microsoft products like Windows Phones and Surface Tablets, as Kotaku pointed out. This makes sense given the game was published by Microsoft Studios…and developed by Remedy Entertainment, which made Alan Wake (above on this list). It’s hilarious that both Sony and Microsoft leaned on third-party developers to get their devices into games.