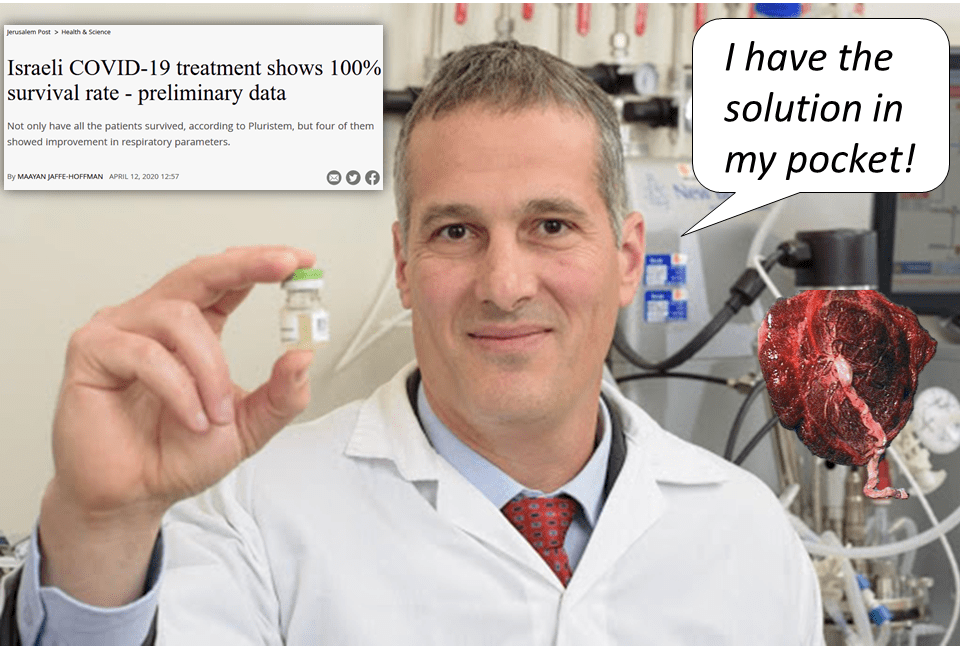 Some stem cell clinics are trying to take advantage of the covid-19 pandemic, according to an expert who has been tracking the industry. Clinics both in and out of the U.S. are marketing stem cells as a preventative, “immune-boosting” treatment against the coronavirus, with little to no evidence to back up their claims.

Stem cell therapy is a genuinely promising area of regenerative medicine. Scientists hope they can use these building blocks of the body to treat otherwise unrepairable injuries or medical conditions. But there are currently only a few approved and evidence-supported applications for stem cells, such as bone marrow transplants for certain blood cancers, and much of the early research into stem cell treatments hasn’t paid off.

That hasn’t stopped for-profit clinics in the U.S. and elsewhere from aggressively promoting stem cell therapy for countless medical conditions and vague health problems, from lower back pain to autism to dementia. These unproven treatments are classified as experimental to avoid scrutiny from regulators and cost desperate people thousands of dollars out of pocket per treatment. Leigh Turner, a bioethicist at the University of Minnesota, has been studying this dark side of the stem cell industry for years.

Turner was curious whether some clinics would try to exploit the ongoing pandemic, and sure enough, he came across plenty of examples while searching through online ads. In a paper published recently in the journal Cell, Turner laid out his findings.

“It’s not that these clinics have stopped doing what they were advertising before, but they’ve kind of pivoted and expanded their claims. Now, they’re putting out a shingle and claiming that they can treat or prevent covid-19.” Turner told Gizmodo.

One clinic in Colorado, Turner noted, is offering “Stem Cell Exosome IV treatment for patients that need to boost their immune system and have a powerful viral inhibitor.” Another self-claimed “anti-aging” clinic in California is offering people take-home kits that package the stem cells in dry ice, along with instructions on how they can be vaporized and inhaled through a nebulizer. The “stem cell exosome vapor treatments” are also said to boost the immune system and “promote lung tissue regeneration.”

As is often the case with consumer stem cell therapy, there’s a grain of truth here. Scientists in China have been experimenting with using stem cells to stave off lung failure in hospitalized covid-19 patients and have reported some early positive findings. There has also been some earlier research suggesting that stem cells can help repair the lungs of people at risk of acute respiratory distress, a major contributor to covid-19 deaths. Clinical trials using stem cell therapy for covid-19 elsewhere, including in the U.S., are now underway.

But stem cells wouldn’t be the first seemingly promising covid-19 treatment to end in disappointment. Turner also notes that research into stem cells as a way to keep lungs healthier, whether vaped or not, hasn’t progressed very far in human trials. And the clinics Turner found aren’t even selling them as a treatment but rather as a preventative placebo.

Turner said the Food and Drug Administration has been too lax with these unregulated stem cell clinics; it’s only in recent years that the agency has moved beyond warning letters into legal sanctions to shut down the most egregious offenders. To their credit, Turner said, both the FDA and the Federal Trade Commission have been quick to confront some stem cell clinics about their covid-19 related advertisements with official warnings.

“But even with the stepped up enforcement activities by federal regulators and some activity at the state level, there are so many of these businesses that appear to go unnoticed,” Turner said. “And if you’re not taking them to court, if there’s no criminal charges, and you’re just sending someone an untitled letter—does it really matter to them?”