Should I buy Samsung The Frame TV? 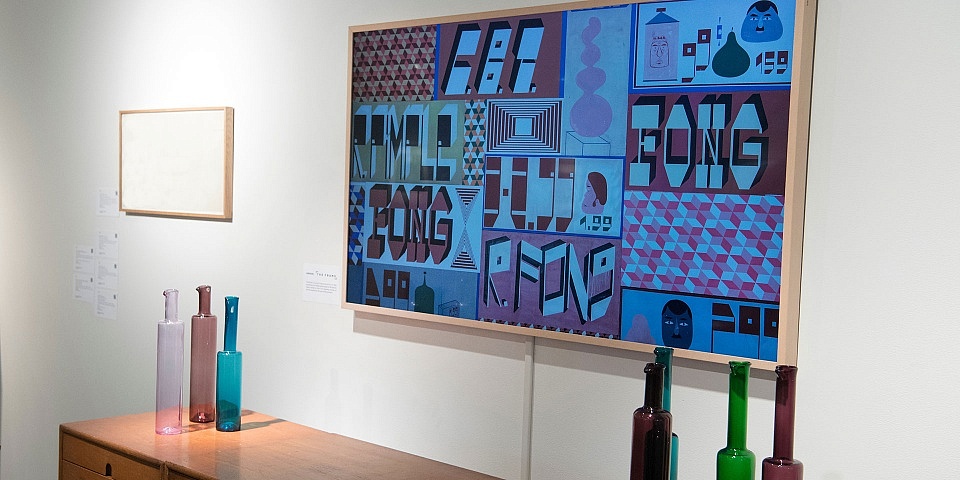 If you’re after a new Samsung TV, and don’t want to settle for a run-of-the-mill LED display, Samsung’s The Frame TV may be a set worth looking at.

There are plenty of TVs out there, but sometimes you want something to really stand out from the competition. The Frame TV by Samsung is one such TV. With an aesthetic-led design, and a form factor unlike the rest of the Samsung 2020 TV range, you can be sure you’re getting something different – and with a QLED panel upgrade, it’s come far from its initial 2017 iteration too.

But what exactly does The Frame TV do differently – and even if it looks good, is there a downside that might not be apparent at first glance? This guide will run you through everything you need to know about Samsung’s The Frame TV, from the pricing and sizing to the kind of panel technology powering its display.

What is the Samsung The Frame TV?

The Frame TV is one of several Designer TVs from Samsung, along with the style-focused Samsung Serif TV and rotating (yes, you read that right) Samsung Sero TV.

The Frame TV’s design is based on that of a picture frame. That means it goes all out on a thick, metallic casing – quite unlike the zero-bezel appearance of the Samsung Q950TS 8K QLED – which gives the display a firm outline and will be sure to make an impact in your living room.

There’s a number of different coloring options for the frame around the display, too: white, black, brown, beige, burgundy red, and clay beige.

You’ll also be able to make use of Samsung’s Art Mode – a setting for the television that displays artworks, photos, or paintings rather than keeping the screen black when not in use, a bit like a beefed-up smart display. You’re using up a small amount of power, of course, compared to powering the set down properly, but it means your new TV purchase can be calibrated to better match your home decor.

Art Mode can draw on hundreds of artworks from globally-renowned collections too – such as the V&A Museum, the Tate Gallery, and Van Gogh Museum.

The Frame TV can be placed on a counter, but it will likely feel most at home with its No Gap Wall Mount, which will keep the display flush to a wall and help it camouflage better with its surroundings.

Samsung The Frame TV: what sizes are available?

How much does Samsung’s The Frame TV cost? It depends, as ever, on which TV size you choose.

That makes for a huge amount of variety, meaning The Frame TV is a television that can be catered to your specific living situation. Want a massive screen to put the fear of god into your children? Or a teeny, cutsey display that can fit on a shelf or be easily tidied away? The Frame TV can do it all.

The small size is unusual for such a premium set – as we usually expect second-rate parts for such small TVs. You is a drop in video resolution, from 4K UHD to just Full HD (1080p), though you also won’t really notice on such a compact screen.

We spoke to James Parker, Head of TV Product Management at Samsung Electronics UK, who told us that “24% of people replace their TV for interior related reasons, and so The Frame in 32-inch fills the void in the market for a transferable TV that can fit in with any space regardless of the size.”

Parker added that the smaller size was specifically designed to more “seamlessly blend in with the bedroom decor” compared to other, larger versions of the set. The 32-inch model comes with a Mini One Connect Box for tidying away its (relatively smaller) cables too, as well as a “flexible lean-back stand so the Frame can be watched vertically or horizontally” just like the Samsung Sero TV.

The 2020 model is now available across the US, UK, and Australia – for most sizes, at least.

The smallest size (32-inch) starts at just $599 in the US, though has yet to land in the UK or Australia.

In the US, you can opt for a monthly fee, spread across three years (36 months) through Samsung Financing, rather than a one-off payment – while those of you in Australia can spread the cost across 50 months too. You won’t end up paying any more overall either, making this a smart way to finance your new The Frame TV.

For UK shoppers, Samsung will throw two free bezels with any purchase of a 2019 The Frame TV too – usually worth £229 – for the remainder of 2020, meaning you can swap out the bezel whenever you feel like redecorating. US shoppers, on the other hand, can get 50% off a single customizable bezel when they make a purchase.

But this is a TV, after all – so what do we make of its picture quality?

Samsung The Frame TV review: not the full picture

Samsung Designer TVs like the Frame aren’t often available for a traditional review – given Samsung views them as lifestyle (not technology) purchases, and tries to avoid these sets being compared on the basis of individual specs.

We did get to review the Samsung The Frame TV 2018 model, praising its “gorgeous, burnished metal frame” and aesthetic successes – though the middling picture quality and poor upscaling stopped us from being able to praise it further.

We found that “we had some small but consistent issues with artefacts and blocking when upscaling, especially from SDR, but not at the expense of a generally capable picture. More vivid colors on the end of the spectrum are however wont to cause trouble: the cyan and pink title screen of Killing Eve could lead to some disconcerting flashing and blocking around the letters.”

We also said that “The picture comes across best with darker scenes and moodier palettes, more in keeping with the pensive gallery atmosphere of contemplating the paintings in the TV’s Art Store.”

It’s clearly an issue Samsung was aware of, with the 2019 and 2020 versions of The Frame TV featuring a QLED panel rather than the 2018 model’s backlit LCD.

The QLED panel for the 2019 / 2020 models is absolutely an upgrade, with higher brightness and enhanced contrast – thanks to a metallic quantum dot filter unique to QLED sets – compared to LCDs. However, we haven’t had the opportunity to review the 2019 or 2020 model ourselves.

The main issues should have been addressed, then, and if you’re buying Samsung’s The Frame TV it’s likely for its visuals and artwork focus, rather than getting necessarily the best TV picture out there.