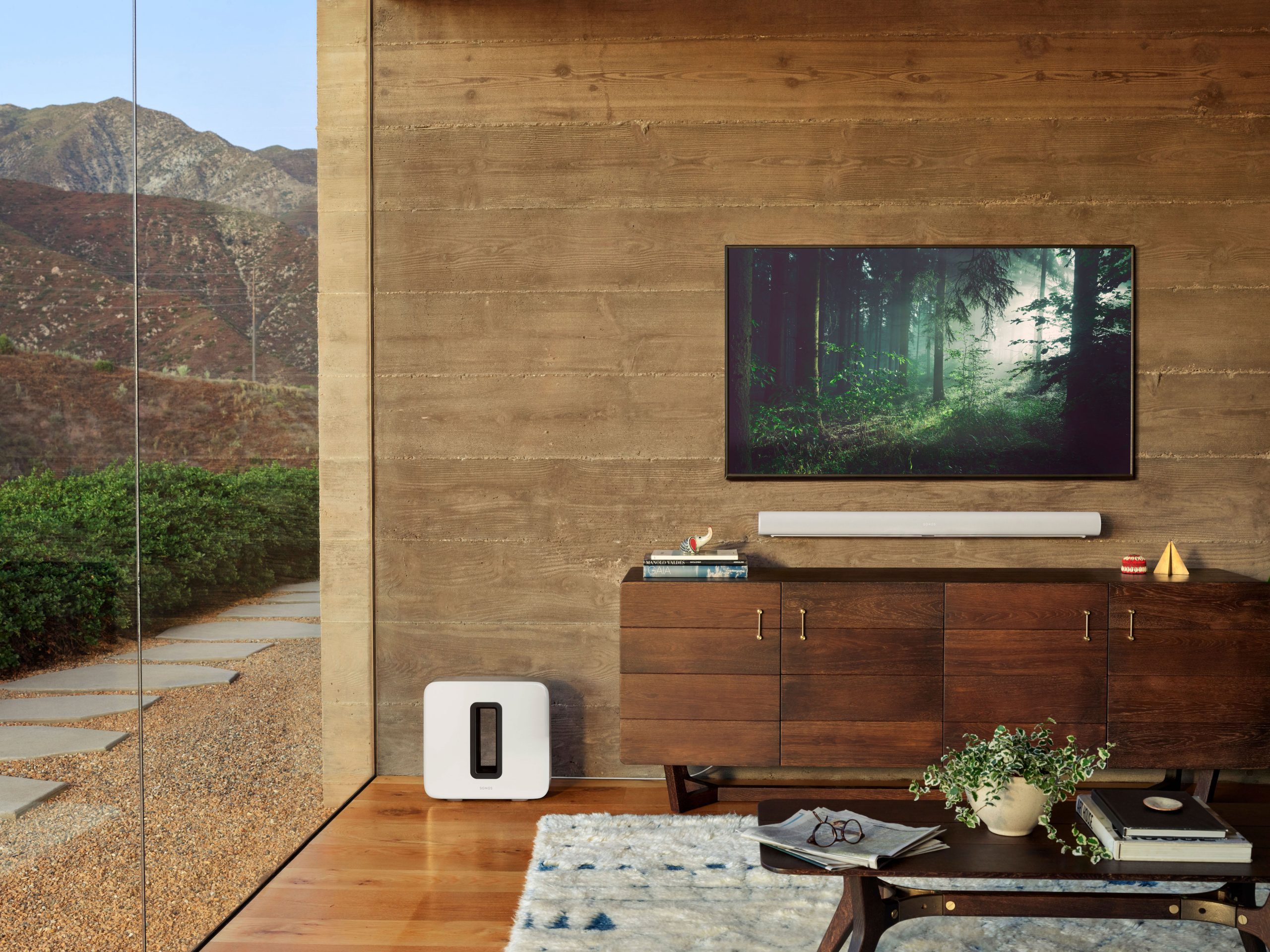 Sonos has been busy these past few months. The company announced it’s phasing out ‘legacy’ devices and plans to roll out a new app in June, not to mention that it also launched a new radio service. But all of these announcement lacked one crucial element: new hardware. The first next-generation Sonos product is the Arc soundbar, which crucially adds support for Dolby Atmos. Oh, and Sonos is also refreshing its Sonos Sub and introducing the Sonos Five, a refreshed and rebranded version of the Play:5.

The obvious highlight here is the Arc and the fact that it can now support Dolby Atmos, which is excellent news for home theater nerds. In a briefing, Sonos emphasized that the Arc was built with Dolby Atmos and home theaters in mind. The company said it worked closely with sound engineers who have experience mixing in Dolby Atmos while developing the Arc to make sure films, movies, and TV sound the way creators intended. (The big name Sonos dropped here was Chris Jenkins, a three-time Oscar winner who also mixed Mad Max: Fury Road.)

The Arc has 11 drivers. There are three tweeters—one in the center and two on the side—as well as eight elliptical woofers, two of which are upward-firing. Sonos has always prided itself on its ability to adjust sound to your room’s specific acoustics, but with the addition of the upward-firing speakers, Sonos says it can now account for ceiling height, too. The Arc also includes a four far-field microphone array, capacitive controls, and can be connected via HDMI eARC or ARC cables. It also supports 802.11b/g wifi—though 2.4GHz only—and features an ethernet port. As for smart features, the Arc supports voice control (just like the Sonos Beam) and can double as a smart speaker with support for Amazon Alexa, Google Assistant, and Apple AirPlay 2. It also features a speech enhancement feature and a Night Sound mode to muffle loud sound effects after hours.

But beyond the specs, the Arc is a major update in terms of design. The original Playbar and Beam both have the squared-off shape you expect from soundbars. The Arc is much longer, has a lower profile, and features a 270-degree, c-shaped grille with more than 76,000 holes. Sonos said the new, curvier design was a conscious decision to help the gadget blend in better with living rooms—and at least in pictures, it’s a pretty swanky-looking device. It’s also decently hefty at 13.8 pounds and is just under four feet long at 45 inches.

Altogether, the Arc seems like a promising and meaningful update to Sonos’s home theater lineup, but we’ll have to actually test it for ourselves to say whether the effort translates to a gadget worth the price tag. At $800, the Arc isn’t outrageous for an Atmos-compatible soundbar, but it’s still not what most people would call affordable, either.

The refreshes for the Sonos Sub and Sonos Five aren’t quite as major as the Arc’s debut. They mostly boil down to beefier memory and processors, as well as a new wireless radio. The Sonos Five also now comes in a new all-white version.

If those updates seem a bit underwhelming, that’s because they’re a means of rolling out the new Sonos S2 app in June. All three of the devices announced today will run exclusively on the new app, which Sonos said enables higher-resolution audio like Atmos, as well as better security. That’s undoubtedly frustrating if you bought a second-generation Sub or Play:5 recently, but given the shift to a new app, it’s arguably a good thing that Sonos is offering updated versions now rather than later.

All three devices will be available starting June 10, and the new Sonos app will roll out just before, on June 8. The Arc will be available in matte black and white, and retails for $800. The Sub is $700 and the Sonos Five is $500.