Spatial’s VR Meeting Rooms Are Now Open to Everyone 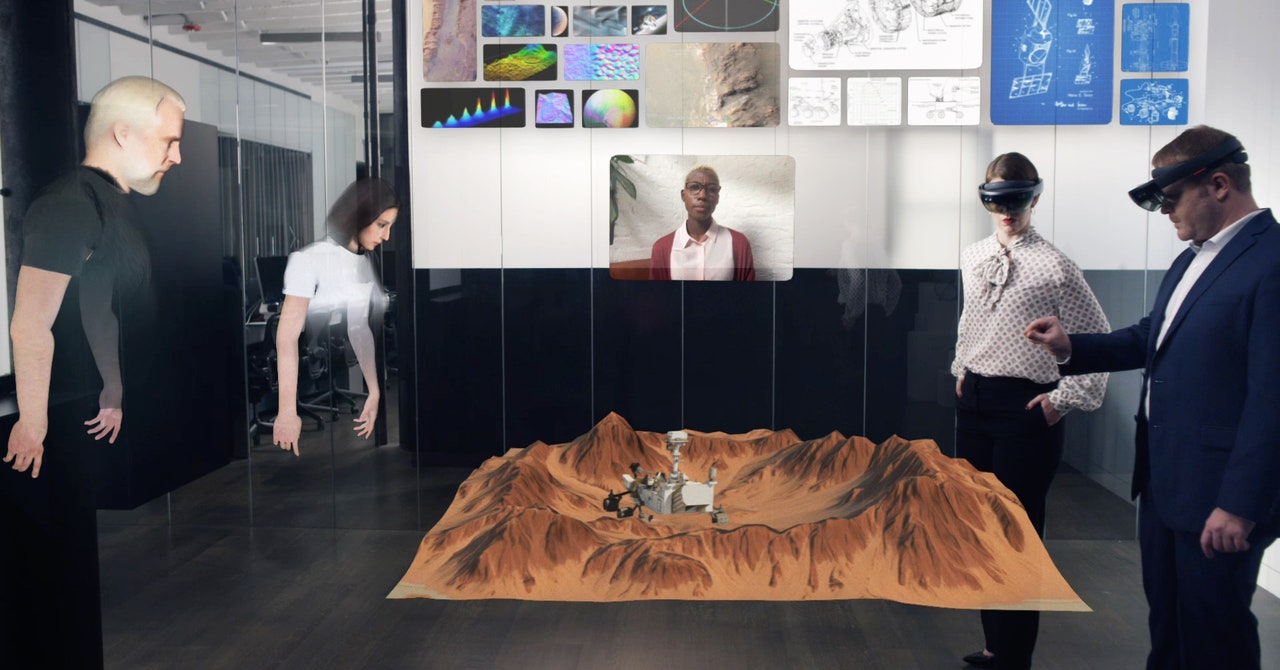 Other enterprise clients, Loewenstein says, are using Spatial as persistent war rooms, where people meet once or twice a week for virtual check-ins. Now, with Spatial opening up for free and becoming more accessible, Loewenstein hopes even more people will use the platform to connect for all sorts of reasons. Some folks are already using Spatial to teach seminars, he says.

“Video chat really wasn’t made for that use case,” Loewenstein says. “Video chat is a tool that was basically good for two things: very personal conversations in small groups or big webinars where you don’t need to interact. But for anything in between it breaks down, and that’s where we see Spatial really being a much more interactive and much more personal collaboration solution.”

The free version temporarily gives you unlimited access to all the enterprise features. Agarawala says a free version will always exist, but limitations will be added back in (like 40-minute sessions and up to three saved project rooms) once social-distancing orders wind down.

During my sessions in Spatial, I played around with a 3D model of the Curiosity rover—expanding, miniaturizing, and scribbling on it with my hands to highlight specific parts of it, just like I imagine a NASA engineer might. Don’t have your own 3D models? No matter. You can run a Google search for anything and a low-poly 3D model will automatically pop up out of thin air. It’s how I managed to surround myself with a pack of virtual dogs.

You can also write notes in Spatial, share your screen via the web app, upload presentations, and apparently, even have a virtual party.

Spatial works best with more than two people in augmented or virtual reality—joining in from the web is a nice addition to include folks that don’t have a headset, but if only one person has a virtual avatar, the experience is a bit awkward.

The cost of immersive headsets is high, so while the service is more cross-platform than most others, it’s not as accessible as Spatial might suggest, at least until the cost of VR and AR hardware comes down. The company says it’s working on iPhone and Android apps that will use the phone’s camera to recreate the virtual avatar experience at a more affordable and accessible level.

All you need to use Spatial is an email address for securing an account. Those with AR and VR devices can snap a picture of their face to build an avatar. (The results are … OK. And no, I do not have a mullet in real life.) Then, you just need to create a room. You can invite people to your room via a web URL and anyone can join and watch the fun. If you have a headset, you’ll have a virtual body with arms that swing around as you move your limbs in real life, a mouth that moves when you talk, and eyes that blink. (And if you don’t, you’ll appear as a floating rectangular 2D screen with footage from your webcam on display.)

The avatars could use some polish—Agarawala says that’s on the agenda. But for now, I’m just happy you can do a fist bump.