Why Humans Totally Freak Out When They Get Lost 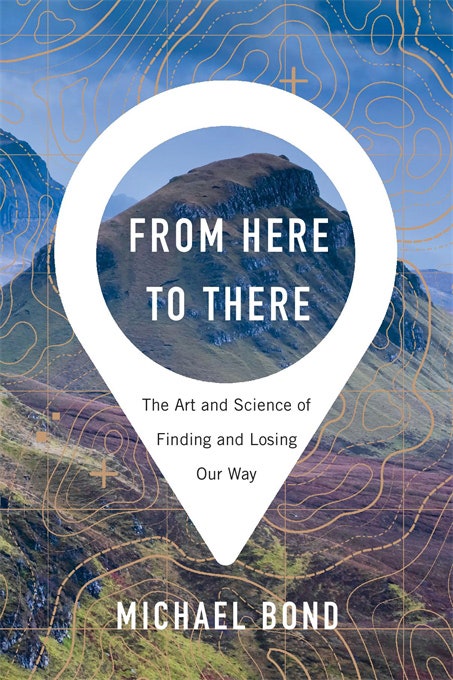 One day in October 2015, a forest surveyor working in an area of dense woodland near Mount Redington in Maine came across a collapsed tent hidden in the undergrowth. He noticed a backpack, some clothes, a sleeping bag, and inside the sleeping bag what he assumed was a human skull. He took a photograph, then hurried out of the woods and called his boss. The news soon reached Kevin Adam, the search and rescue coordinator for the Maine Warden Service, who immediately guessed what the surveyor had found. He wrote later, “From what I could see of the location on the map and what I saw in the picture, I was almost certain it would be Gerry Largay.”

Geraldine Largay, a 66-year-old retired nurse from Tennessee, had gone missing near Redington in July 2013 while attempting to walk the length of the Appalachian Trail, a national hiking route that stretches more than 2,100 miles from Springer Mountain in Georgia to Mount Katahdin in central Maine. Her disappearance triggered one of the biggest search and rescue operations in the state’s history. Over two years, it failed to uncover a single clue. Until the surveyor stumbled on her camp, no one had any idea what had become of her.

This was Gerry’s dream trip. She had set off with a friend, Jane Lee, on April 23, 2013, from Harpers Ferry in West Virginia. They had planned to hike the trail “flip-flop” style, walking north to Katahdin then driving back to Harpers Ferry, before continuing south to Springer. They had help: Gerry’s husband, George, was shadowing them in his car, resupplying them at prearranged locations and occasionally taking them to a motel for a rest. They made good progress, and by the end of June were in New Hampshire. A family emergency forced Jane to return home, but Gerry carried on alone. She was slow, managing about a mile each hour (she adopted the trail name “Inchworm,” in recognition of her larval pace). Her sense of direction wasn’t great, but she was well equipped. She was a meticulous planner—she always knew where to find water and shelter—and her gregariousness and warmth won her many friends among fellow hikers. One of them, Dorothy Rust, told The Boston Globe, “She was just full of confidence and joy, a real delight to talk to.”

Rust and her hiking partner, who were walking south, encountered Gerry at the Poplar Ridge lean-to, a shelter just south of the stretch in Redington where Gerry went missing. They were the last people to see her alive. At around 6:30 on the morning of July 22, they watched her gather her things, eat breakfast, and strap on her rucksack. Rust took a photo of her. The Warden Service’s case report states that Gerry was wearing a “blue kerchief, red long sleeve top, tan shorts, hiking boots, blue backpack, distinctive eye-glasses, big smile.” They are all there in that picture. She looks set for the trail.

Forty-five minutes after leaving Poplar Ridge, Gerry texted George to tell him she was on her way. They had arranged to meet at a road crossing 21 miles up the trail the following evening. The first anyone knew that something was wrong was when she failed to show up for that rendezvous. George waited a day, then alerted the Warden Service, which instigated its well-rehearsed lost-person procedure. Over the following weeks, hundreds of professional rescuers and trained volunteers searched the woods around Redington. They found nothing: no shred of clothing, no sign of a camp. The investigation and many of the searchers carried on for the next 26 months, until her body was found. Only then did they get some answers.