Spider-Man pointing meme is now not one, but two Funko Pops 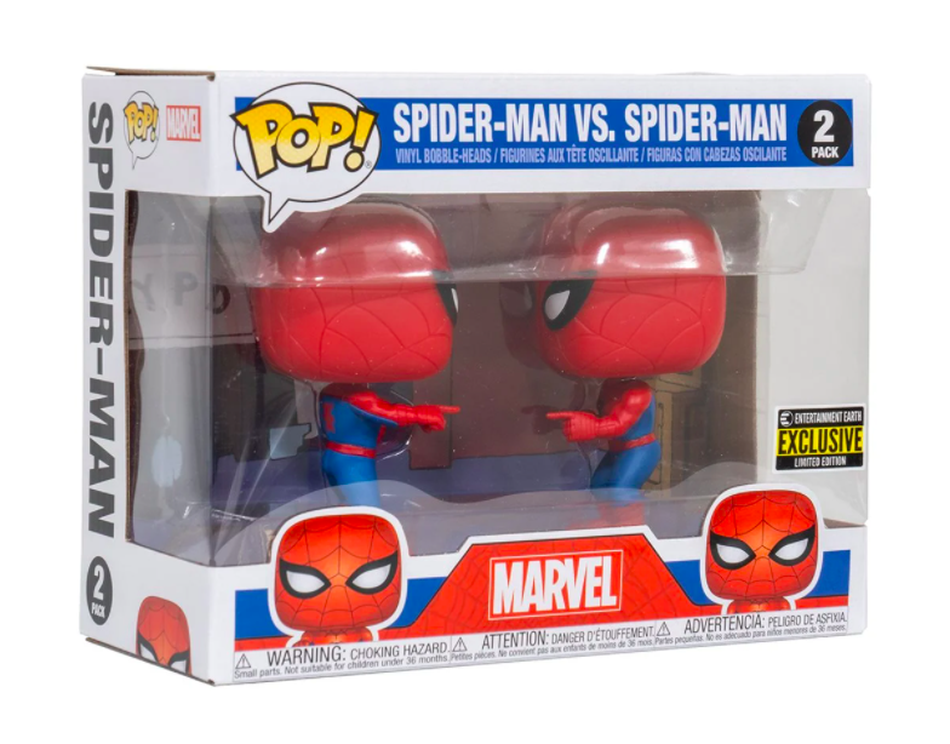 Funko is well-known for turning pop culture moments into big-headed vinyl figurines, like a terrible wizard who only knows one spell. Now the company has turned its black button eyes toward the popular meme of Spider-Man pointing at Spider-Man, letting you display a testament to just how online you are.

Revealed by Entertainment Earth, the Spider-Man vs. Spider-Man Pop pack includes two largely identical Spider-Men, each with an accusatory pointer finger outstretched. It also comes with a background insert, allowing you to properly set the scene for your 3D meme.

This isn’t the first meme that has gotten the Funko Pop treatment. The company has also previously preserved Imagination SpongeBob making a rainbow with his hands. However, this may be Funko’s first meme two-pack.

The Spider-Man pointing meme originated from an episode of the 1967 Spider-Man cartoon, wherein Spider-Man faced off against a villain that was impersonating him. Images of the two Spider-Men pointing accusatorially at each other have since become so ubiquitous online that the scene was even referenced in Spider-Man: Into the Spider-verse. Typically, the image is used to indicate similar people or concepts meeting.

The $24.99 Spider-Man vs. Spider-Man Pop pack is currently available for pre-order exclusively at Entertainment Earth, with delivery expected in June. It’s a limited edition set though, so put in your order soon if you want these quarrelling Spider-Men on your shelf.