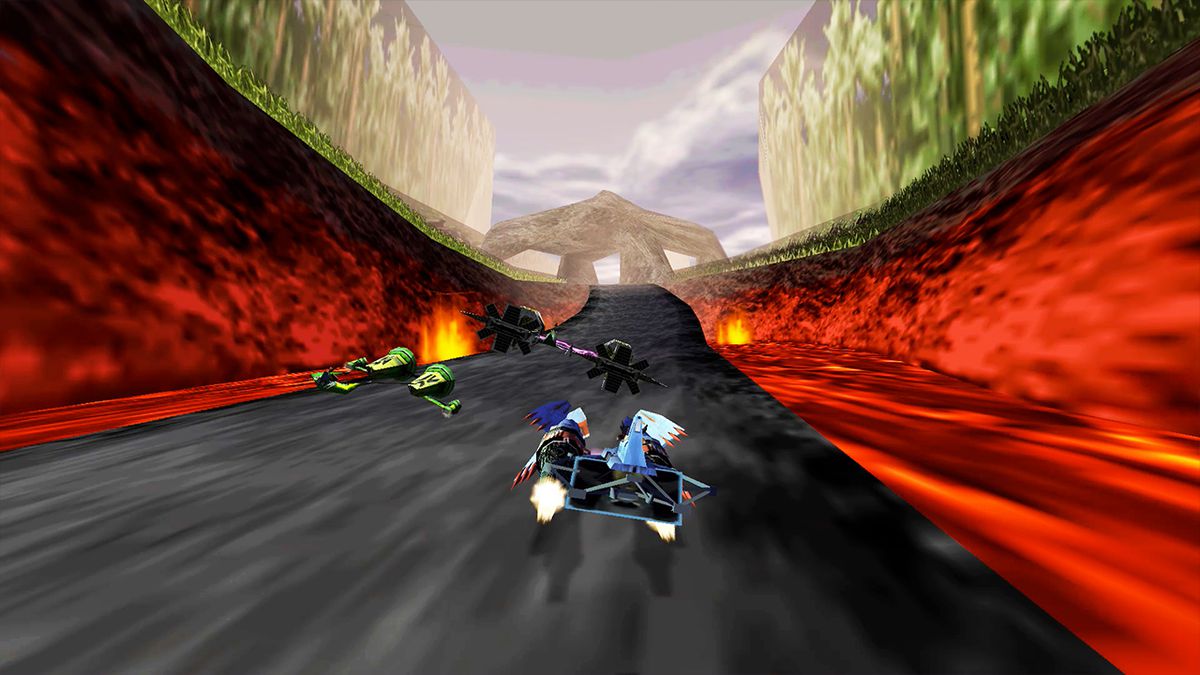 Star Wars Episode 1: Racer, the unwieldily titled podracing video game that was maybe the second best thing to come out of the prequel trilogy after “Duel of the Fates,” has been released for the PlayStation 4 and the Nintendo Switch. The game was initially supposed to come out in May, but the release got pushed back indefinitely. Now it’s here for $14.99.

Episode 1: Racer is still a great futuristic racing game, which is as surprising now as it was back then. Most Star Wars games around the turn of the millennium were awkward attempts to shoehorn the license into various genres, usually without much success. Racer, however, benefited from more appropriate source material: a movie scene that felt like it only ever existed to sell a video game in the first place.

Racer spins Episode 1’s podracing scene out into a galaxy-spanning motorsports league, where you travel from planet to planet playing either as Anakin Skywalker or one of the many alien competitors who got a couple seconds of screen time in the movie. Its breakneck speed and wide, well-designed tracks are broadly comparable to F-Zero, though there’s a twist where you need to keep an eye on the condition of your individual pods and slow down to repair them when they’ve taken too much damage.

I’ve played the Switch version for a couple of hours and I think the game basically holds up, though there’s good and bad news about the quality of the port. It looks fine for what it is, running in widescreen at native resolution and a generally steady 60fps in handheld mode. The menu system has been revamped for modern screens, but the HUD graphics are oddly pixelated. The sound quality is really scratchy, for some reason, though it’s not as distracting through the Switch’s speakers.

This does feel like a little bit of a slapdash release, but it plays well enough. I’d rather play Episode 1: Racer this way than digging out an N64, at least, and even at $15 it’s actually one of the more substantial racing games on the Switch.