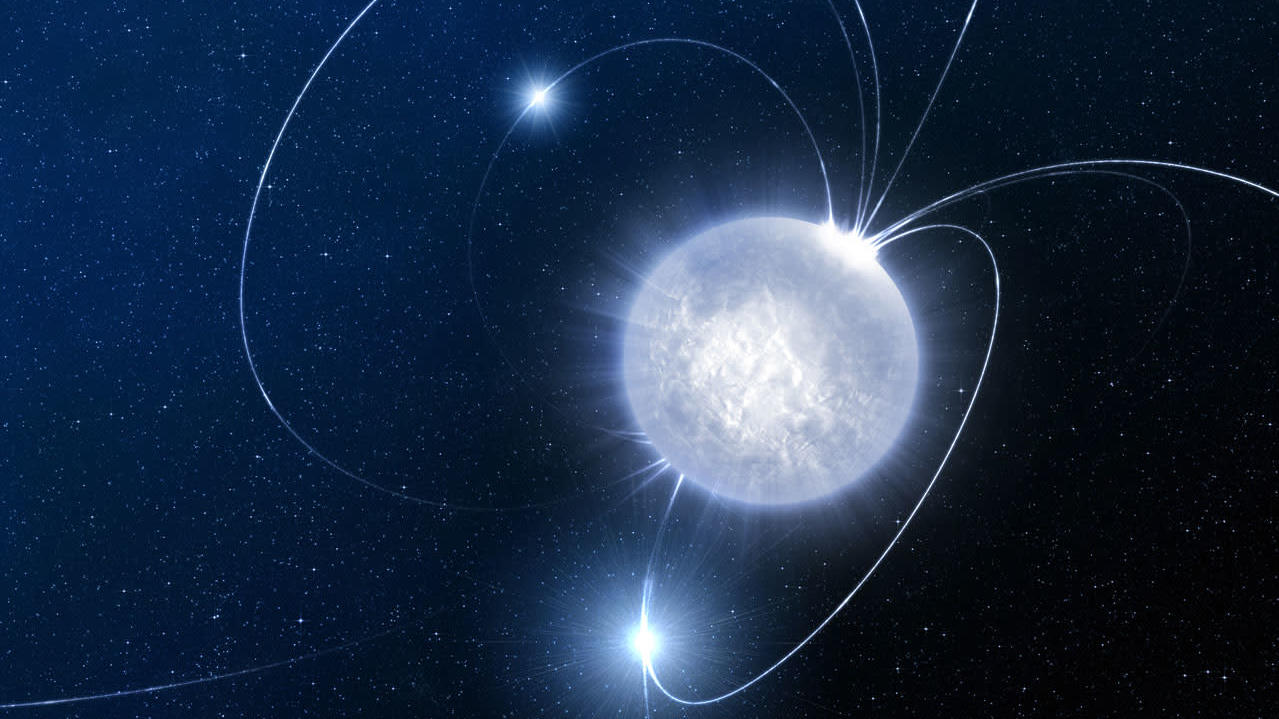 Astronomers just spotted an extremely bright burst of radio waves emanating from within our own galaxy. The surprising observation could help us understand the mystery behind these enigmatic emissions, known as fast radio bursts.

Telescopes around the world are sharing data on electromagnetic radiation coming from the direction of a highly magnetic neutron star, called magnetar SGR 1935+2154. These observations, first reported by ScienceAlert, represent the first such radio blast on record originating from within our own galaxy—though scientists aren’t ready to decisively consider the event a fast radio burst like the ones that have been documented coming from other galaxies.

Fast radio bursts are exactly what they sound like: short, strong bursts of radio waves that we measure here on Earth, always originating from outside the Milky Way. Scientists spotted the first FRB with the Parkes radio telescope in 2001 and have found many more since then, including ones that repeat. Given that these bursts come from distant galaxies, it’s been hard to pin down what causes them, though magnetars like SGR 1935+2154 have been considered the most likely culprit.

“After a few hours, there was suddenly a very large number of bright bursts, and we saw what’s typically known as a forest of bursts,” Jamie Kennea, research professor at Pennsylvania State University who works on Swift, told Gizmodo. “They’re coming so rapidly and close together that they become almost indistinguishable from one another.”

Then came the flash: a burst of radio waves struck the CHIME telescope in Canada. They were outside the direct line of sight of CHIME, but the telescope saw them anyway.

The Canadian Hydrogen Intensity Mapping Experiment Fast Radio Burst Project (CHIME/FRB) is a radio telescope in southern British Columbia consisting of four half-cylinder antennae that scan the sky 1,000 times per second in search of these bursts. It’s already seen a whole lot of them, but the burst from SGR 1935+2154 was something special.

“It was so bright that we saw it from the corner of our eyes, so to speak,” postdoctoral fellow Shriharsh Tendulkar at McGill University told Gizmodo. They felt that they had to get news of the detection out to the community quickly, while the source was active.

The texts and Slack messages came in torrents, other telescopes starting looking at the source, and soon x-ray telescopes, gamma-ray telescopes, and other radio telescopes began to pick up evidence of the signal. Researchers posted their observations on the Astronomer’s Telegram.

Scientists are now working to understand whether or not they’ve truly spotted a fast radio burst originating inside our own galaxy. Tendulkar explained to Gizmodo that the burst would have fallen in the possible range of fast radio burst energies, though on the lower end; it would have looked faint from outside the Milky Way. They must also better calculate the distance to SGR 1935+2154 and the actual strength of the signal.

Magnetars have long been a leading candidate to explain these bursts. Atronomers think that these objects’ incredible magnetic fields can induce star-quakes, events that occasionally repeat and release bursts of gamma rays and x-rays. But astronomers didn’t see bursts of radio waves from these objects until now.

This observation further strengthens the case to continue looking for bright flashes from magnetars. Tendulkar told Gizmodo that it’s just a matter of continuing observations to try to find another flash like this one. He also noted that other radio telescopes need to ensure they’re not throwing away bright flashes like this, since others might discard especially bright radio signals as Earthly interference.

If you were hoping that aliens were behind fast radio bursts, fear not! This observation doesn’t rule out aliens just yet.

The server found an internal error or misconfiguration and is unable to complete your request. Done® kissenhülle cushion panama print skulls. Bcshelps.