Tesla Warned Staff to Return to Work in Violation of County Order or Lose Unemployment: Report 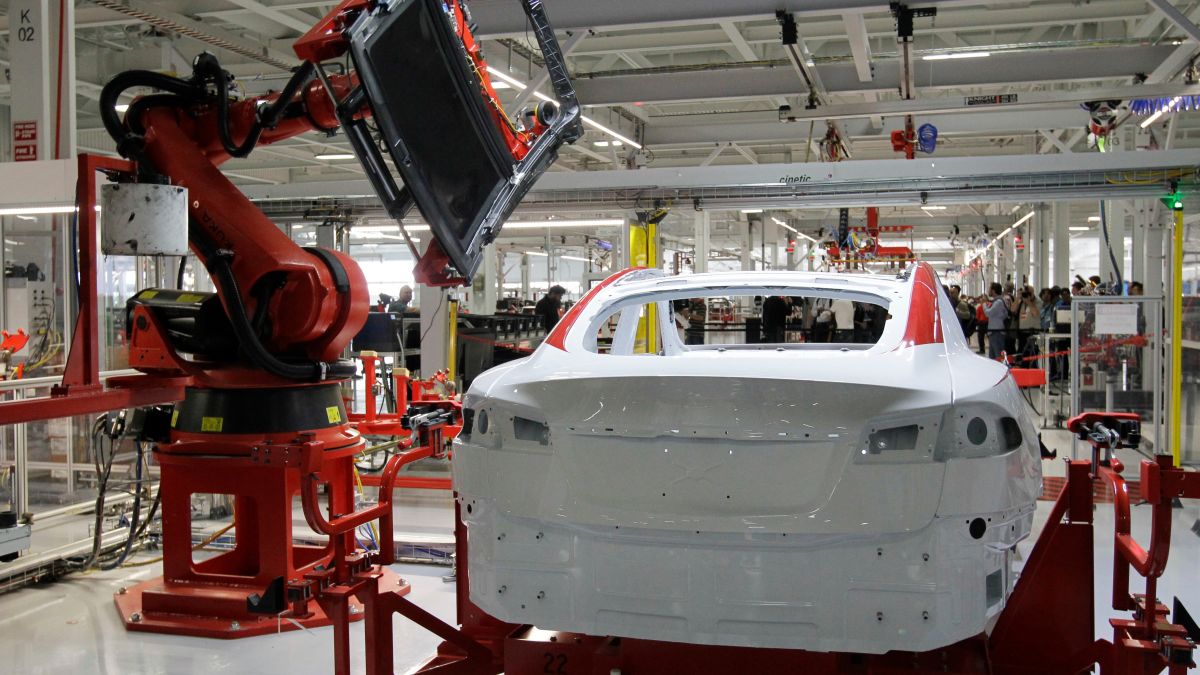 Tesla informed workers that if they did not show up for work at a Fremont, California, production facility CEO Elon Musk has reopened in violation of a county health order that they may be ineligible for unemployment, emails obtained by the Guardian show.

On Monday, Musk tweeted that Tesla’s car factory in Fremont had reopened despite repeated warnings by Alameda County health authorities and law enforcement that it is not an essential business and must remain closed until it is approved to reopen. He also asked police to arrest only him, as though a large corporation violating public health orders is some sort of civil rights struggle.

Musk’s behavior has been erratic lately, even for a man who smeared a Thai cave rescuer as a pedophile and lost his Tesla chairmanship over a tweet that the Securities and Exchange Commission dubbed fraudulent. In recent weeks, Musk sent out a tweet that tanked Tesla’s stock to the tune of $14 billion and claimed he would be selling almost all of his physical possessions. He has long spouted contrarian, badly informed theories that the threat posed by the novel coronavirus pandemic is overblown; that nationwide shutdowns of nonessential businesses are a form of fascism; that Tesla is more capable of protecting its workers than are local officials; and that state and local governments should “FREE AMERICA NOW” (in that last case, mirroring rhetoric by far-right protesters who have staged protesters at numerous state capitols).

Internal Tesla emails obtained by the Guardian show that far from fighting for individual rights amid the epidemic, Musk and Tesla are coercing their employees to show up to work by warning they may not be eligible for unemployment insurance. (Employers in California can contest unemployment claims from former workers.) One passage states that workers who do not show up to the reopened Tesla facilities will be put on unpaid leave and may not receive unemployment insurance payments: “If you do not feel comfortable coming into work, you can stay home and will be on unpaid leave. Choosing not to report to work may eliminate or reduce your eligibility for unemployment depending on your state’s unemployment agency.”

According to CNBC, workers at the factory said that their temperatures were taken at the door and that masks and hand sanitizer were provided, and the company staggered breaks to avoid crowding at bathrooms and cafeteria areas. But they also told the network that social distancing was impossible to maintain during vehicle production.

One employee told the Guardian that they wouldn’t show up for work unless county health authorities clear the plant to reopen.

“They’re trying intimidation and threatening tactics, saying if you don’t show up there’s no more unemployment,” the worker said. “I will not be there, as well as a number of other people, because it’s still shelter-in-place. Until Alameda county health officer Dr Erica Pan says otherwise, I won’t be there.”

Another employee told the Guardian that it was an empty threat to some Tesla staff, as many have not actually been able to collect payments.

Tesla filed a lawsuit against Alameda County last week claiming that it was an essential transportation business and thus exempted under a statewide emergency order. It has also claimed that the state had cleared it to reopen and the county lacks the power to implement stricter regulations on the company. In theory, a win in that case could put Tesla in the clear, but it’s not at all obvious that courts will side with the company over county health officials, who have sweeping powers to deal with emergencies like epidemics.

On Monday, California Governor Gavin Newsom said that he believed Tesla and the county were on the verge of reaching an agreement that would reopen the plant by next week, but seemed caught off-guard when informed the company had already told its employees to go back to work.

Newsom told reporters that he believed the response was one “we can work through at the county levels,” according to the Associated Press, meaning that if the state had cleared Tesla to reopen the governor was not aware of it.

On Tuesday, Alameda County authorities sent a shutdown order to the Fremont plant, instructing that until the county and Tesla reach an agreement, the factory “must maintain no more than Minimum Basic Operations.”