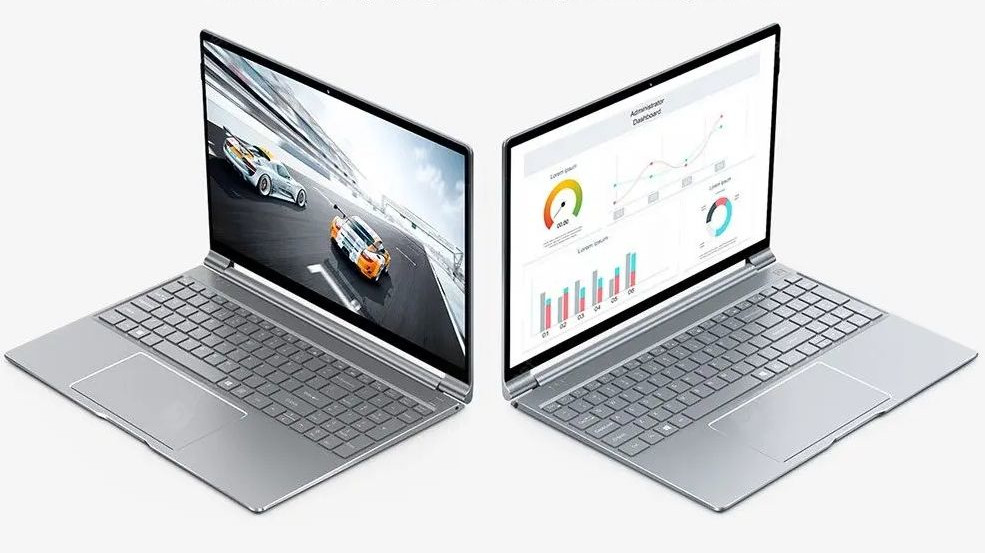 15.6-inch laptops are slowly falling out of favour, pushed to the sidelines by the smaller 13.3-inch and 14-inch models, which many see as more portable. The larger form factor has its advantages though, especially if you’re after a business laptop.

Teclast F15 15.6-inch laptop – $348.99 from Gearbest
(£286.18/AU$561.88)
The Teclast F15 is living proof that 15-inch laptops aren’t dead quite yet. The attractive all metal body, backlit keyboard and generous screen are all enticing qualities. If you don’t mind ports sitting at the back of the device, this could be the laptop for you.
View Deal

The big screen means there’s plenty of real estate for a dedicated numeric keypad – a boon for bean counters, spreadsheet aficionados and anyone that relies on ASCII codes.

The F15 also features a quad-core Intel Celeron N4100 CPU, paired with 8GB of LPDDR4 memory and a 256GB M2 SATA solid state drive. While you might consider the CPU underwhelming, the Celeron shouldn’t be underestimated; according to CPUBenchmark, it’s as fast as an Intel Core i3-7020U.

What’s more, this all metal device is both thin (only 15mm thick) and relatively light (1.8kg), with a 7mm bezel and a 91% screen-to-body ratio.

To achieve this impressive feat, the engineers brought in a barrel hinge and shoved most of the connectors to the back – a very rare design feature, mostly because you can’t see the ports you’re plugging into.

The device features two USB 3.0 ports, an HDMI connector and a microSD slot at the back, with a DC socket and earphone jack on either side.

The F15’s eccentric design might be the source of frustration for some, but that doesn’t mean it’s not the best value 15-inch laptop on the market.