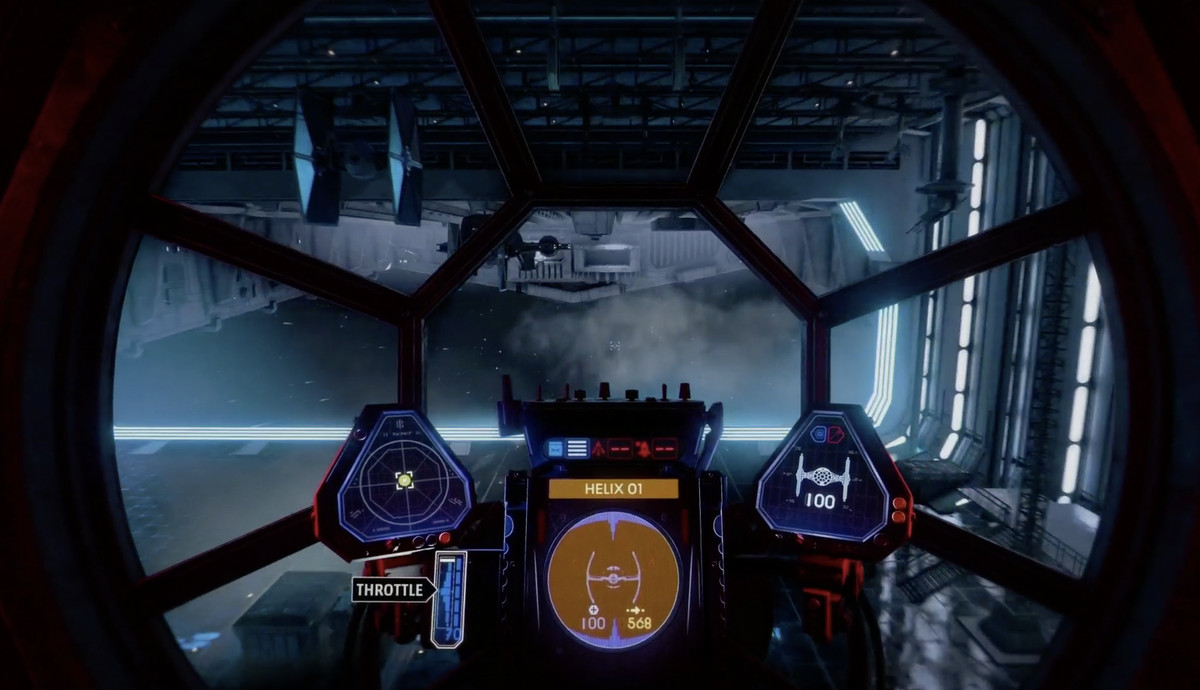 After a teaser trailer earlier this week, EA has finally shown off some actual gameplay footage for Star Wars: Squadrons, its new starfighter dogfighting game. As promised, the new title is a first-person space shooter focused around five-on-five team battles, as players group up into their own squadron (made up, of course, of classic Star Wars ships).

The gameplay appears to be drawing on past games, like the 90s X-Wing and TIE Fighter games, complete with diverting power between ship systems, managing shields, and that first-person view. There are plans for eight pilot-able ships, with a fighter, interceptor, support, and bomber class ship for each faction (specifically, the X-Wing, A-Wing, Y-Wing, U-Wing, TIE Fighter, TIE Interceptor, TIE Bomber, and TIE Reaper fighters.)

Squadrons’ “signature” online mode, Fleet Battles, is a multistage mission that will have a five-person squadron dogfight in the center of the map, attack (or defend) a medium-sized capital ship, before taking on a flagship (either an Imperial Star Destroyer or a Mon Calamari crusier) in the final stage.

There’s also a single player campaign, set “a little bit after” Return of the Jedi, which will have players create two pilots: a New Republic one and an Imperial one, who’ll they’ll alternate controlling during missions.

Star Wars: Squadrons is set to be released on Xbox One, PlayStation 4, and PC on October 2nd for $39.99, with cross-play between platforms. EA says you’ll also be able to play through the entire game in VR on PS4 and PC platforms.