The Grim History of Counting the Dead During Plagues 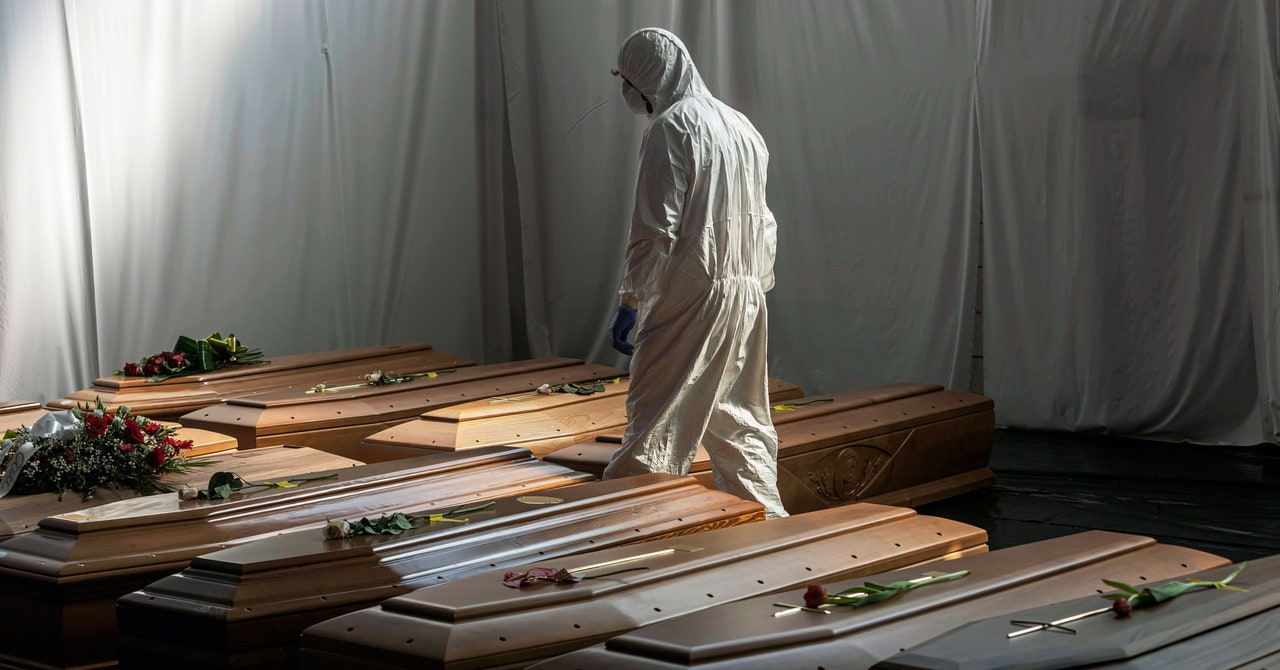 In the spring of 1665, an Englishman named Samuel Pepys noted in his diary that he’d been “to the coffee-house, where all the news is of … the plague growing upon us in this town; and some of the remedies against it: some saying one thing and some another.” The plague had swept through much of England and Europe repeatedly that century. News of the latest wave would have reached Londoners through the running tallies of plague deaths featured in the earliest newspapers and in government documents known as “mortality bills.”

Jacqueline Wernimont is the Distinguished Chair of the Digital Humanities and Social Engagement at Dartmouth College. Wernimont is the author of Numbered Lives: Life and Death in Quantum Media, a media history that uncovers the stories behind the tools and technologies we use to count, measure, and weigh our lives and realities.

In every pandemic since the 16th century, people have tried to tally the dead—and then they’ve argued over how to properly count disease-related deaths and what those death-toll numbers really mean. Pepys’ London was no exception. The weekly accounts of the number of deaths in the city were voluminous, messy, and, suspected of being subject to human error and corruption. They were collected by parish clerks and “searching women” with little specialized expertise and working at grave risk to their own health. But Pepys and other Londoners depended on these local, near real-time, and sometimes contradictory running death counts as a kind of civic algorithm that could help them program their shopping, travel, and business dealings while avoiding plague-stricken districts of the growing metropolis.

For nearly as long as we have been counting the dead in pandemics, people have worked to create tools to evaluate the data quickly and easily. Data tabulations, summaries, and visualizations work not only to manage the scale of pandemic death counts, but also the economic impacts of a deadly outbreak. Just three years before Pepys’s journey to the coffeehouse, his contemporary, John Graunt, had published his massive Natural and Political Observations Made Upon the Bills of Mortality, which had taken the weekly Mortality Bills from 1604 to 1660 and aggregated them into a large data set and life table. While Graunt is often celebrated now as an innovator in vital statistics and demography, he began his career as a haberdasher—a men’s clothier—and his interest in viral outbreaks largely centered on their business impact.

Graunt observed that regular mortality counts were an index by which the “state of the health of the city may at all times appear” so that “the Rich might judge of the necessity of their removal, and Trades-men might conjecture” on their future business prospects. Eager to secure the favor of political patrons and the English King, Graunt created what may be the first demographic and epidemiological arguments out of those church burial numbers. Like many right now, Graunt was eager to argue that “the troublesome seclusions of the Plague-time” posed unwarranted “vast inconveniences,” and he was eager to present the cycles of plague deaths as predictable enough to aid those planning university sessions, court proceedings, and major public events.

Major epidemic diseases have long served as an occasion for business and government entities to collaborate on pushing for new public surveillance regimes and metrics. Prior to the late 19th century, American mortality statistics were gathered nationally only in the 10-year census; they were otherwise gathered by smaller municipalities and religious communities. Then came the Cuban-American yellow fever epidemic of 1878, resulting in both the National Quarantine Act and the first ever Bulletin of Public Health, which would later become the CDC’s Morbidity and Mortality Weekly Report.

The Bulletin, like the mortality bills, was designed to give governors and port authorities insight into the health—literal and metaphorical—of international shipping trades. Outside of major port cities, where business was driving health surveillance, there was poor enrollment of state-based government health offices, and deaths in subsequent epidemics were greatly undercounted as a result.

The 17th-century plague tormented Anglo-American and European nations for at least 60 years. Unlike the 1878 Yellow Fever outbreak, which was quashed with extraordinary nonvoluntary colonial exterminations of mosquito vectors, the plague ravaged communities episodically for more than a generation. Pepys’s diary entry suggests that despite having the benefit of Graunt’s statistical analysis, he and his contemporaries understood that messy information better matched the reality on the ground than the “clear” data that Graunt argued could prevent business closures and home confinements.

As heirs to Graunt’s hubris, we are urgently in need of ways to represent the uncertainty of our counting and classifying practices to the general public and policy makers. Rather than data collection efforts that mask incompleteness and confusion, we need language that demands we get comfortable with not yet knowing. At the same time, we need the small and local data that can help us determine how to best go about our lives.