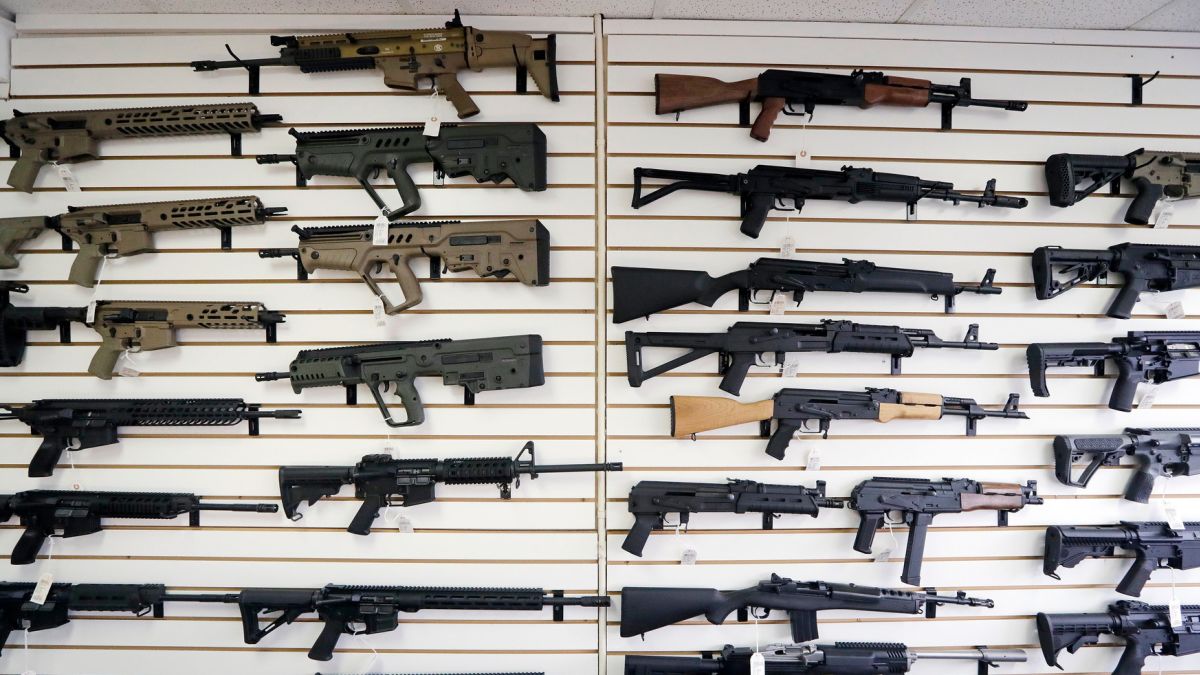 Wow, shocker: Gun stores in at least five states where firearm dealers were supposed to shutter in April due to the coronavirus pandemic have refused to do so and likely made tens of thousands of sales, according to a report in USA Today in collaboration with the Trace.

According to USA Today, FBI data from the National Instant Criminal Background Check System shows that gun stores in Massachusetts, Michigan, New Mexico, New York, and Washington (all of which were supposed to be shut down in April) submitted tens of thousands of background check inquiries necessary to complete sales that month. In Washington, that number was 42,000. Across the country at large, the paper wrote, that system logged 2.9 million checks in April—the fourth highest month on records dating to 1998.

Moreover, the NICBCS processed more queries in some states where gun stores were mandated closed in April than they did in April 2019, when no restrictions were in place. In Washington, the number was up 45 percent, while New Mexico was up 15 percent. Michigan was up a stunning 112 percent, though USA Today wrote that may have been in part because the Bureau of Alcohol, Tobacco, Firearms and Explosives decided on March 3 that gun sales in the state necessitated a full background check rather than a simple presentation of an existing concealed carry license.

In New York levels of NICBCS queries remained only slightly above normal levels on a year over year basis, the investigation found, while in Massachusetts it fell 66 percent.

The initiation of a check does not necessarily mean that a sale has been completed. It could simply mean that a federally licensed firearms dealer is processing an online order for in-person pick up at a time when they reopen. And the stats could also include orders initiated from department stores like Walmart that remain open and continue to sell firearms and ammunition. But several gun store owners made clear to USA Today and the Trace that they were staying open because they felt they shouldn’t have to comply with the law.

“I would say that I’m supposed to be closed,” Shoreline Tactical owner Dennis Brown of Washington told the paper. “… People can’t get their guns. So I’ve elected to stay open on an appointment-only basis.”

Guns Galore of Fenton, Michigan owner Shawn Brancheau told USA Today and the Trace he had classified his store as an essential business because he felt the state’s shutdown order to be unconstitutional: “Home defense needs to be a consideration of the governor at a time like this… Either there is no Second Amendment or you have the right to bear arms.”

Steve Hayes of Hasting, Michigan’s Bob’s Gun and Tackle Shop Inc. claimed that the law was too vague to determine whether he was allowed to stay open, so he rather conveniently chose to do so: “Local authorities are giving different answers. It’s been very confusing for a lot of store owners, and probably for customers, too, when they see one store shut and one store open.”

One gun store owner in Aztec, New Mexico told USA Today he had stayed open to feed his family despite multiple visits from law enforcement, while others claimed to have been cleared to open by local authorities or said they had found loopholes (in one case, being a sole proprietorship in New York, where retail establishments are allowed one employee to process online orders). Outside of New Mexico, USA Today and the Trace found little evidence authorities were moving to enforce the orders outside of New Mexico, where six owners received cease and desist orders.

National Shooting Sports Foundation general counsel Larry Keane told the paper that in some cases authorities had instructed gun stores not to close “because that’s where law enforcement buys equipment to do the job.” Former Drug Enforcement Administration agent and background check system expert Anthony Coulson told the paper the gun stores were making a joke of the shutdown orders: “What’s the motivation for implementing a nonessential order if it’s not going to be enforced and has no impact?”

Gun sales have surged in recent months, as often happens during a national crisis or when gun enthusiasts anticipate crackdowns on firearms ownership. In March, the New York Times reported that some two million guns were sold across the country.

A wave of protests across the country against the shutdown orders, in multiple incidents involving armed far-right extremists, has also been tied in some cases to the gun lobby. Several major anti-quarantine groups on Facebook have been traced to the Dorr family, who are board directors for the American Firearms Coalition as well as serve on or advise numerous pro-gun state coalitions.