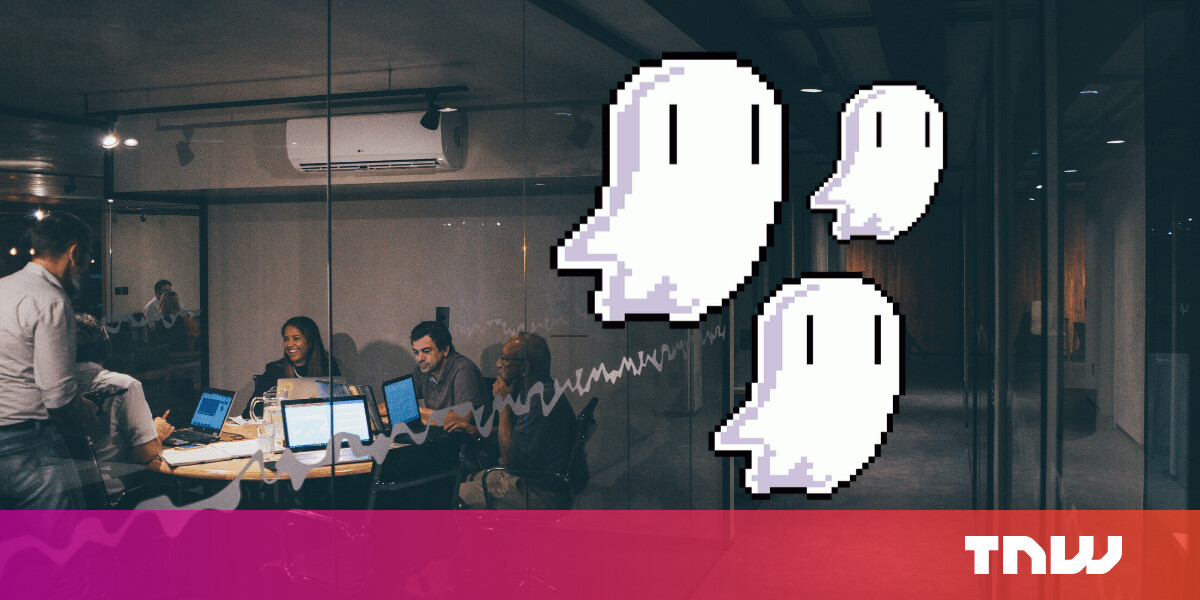 TNW Answers is a live Q&A platform where we invite interesting people in tech who are much smarter than us to answer questions from TNW readers and editors for an hour.

How does an early-stage startup grow from the ground up to turn into an influential money making machine? Does it all boil down to the equation of strong leadership, generous investors, and an original ‘innovative’ idea? While this might sound like the answer, according to Mary L. Gray, the co-author of ‘Ghost Work: How to Stop Silicon Valley from Building a New Global Underclass,’ almost every tech company relies — or has relied — on ghost work to get it where it is today.

The term ‘ghost work’ was coined by Gray and her co-author, computer scientist Siddharth Suri. Instead of describing a certain type of work, it highlights the conditions of work “that devalue or hide the human labor powering AI and AI-enabled human-in-a-loop services.” This kind of work includes labeling, editing, moderating, and sorting information or content. For example, whenever Youtube’s algorithm recommends a video to a user, it’s due to the invisible work that someone did to program it.

“We know almost every tech company has either relied, or relies, on ghost work because tech companies have, at some point, hired a contract worker to complete a project or task that involved, at least in part, sourcing, scheduling, shipping, and billing a worker‘s efforts via APIs and the internet — that’s almost a defining feature of tech — so none of us can escape the ubiquity of this mechanism for organizing work,” Gray said in a recent TNW Answers session.

“Every social media company; every retail website; every search engine; every software company that does user testing or debugs their stuff. All of them owe a debt to ghost work of some kind.”

The ethics behind ‘ghost work’ — or lack thereof

While hiring people to work on specific tasks like training algorithms or data entry isn’t a crime, Gray argues there’s a line — that’s often crossed in Silicon Valley — which raises ethical issues about this kind of work.

“There’s nothing inherently wrong with this form of employment. But as soon as a business or employer devalues or hides the importance of the person in the loop of these on-demand services — pretends that the real ‘magic is the software or artificial intelligence — we argue that ‘ghost work’ conditions are in operation. These conditions are the target of our critique.”

Gray studies the ethics of AI and socially-responsible computing. During the TNW Answers session, she explained that ‘unethical’ is less about what one thinks and more about how one acts in the world.

“When technologists build things for the world without an ethics of care — without a careful, early examination of how what we build will necessarily impact others — we fail to fully account for the dignity and rights of those around us. It’s anti-democratic to ignore the human rights and dignity of others,” Gray explained.

To put it plainly: “Ghost work conditions, like all actions meant to discredit or devalue a person’s contributions, are unethical because they diminish people’s contributions, value, and very presence in tech.”

Who are ‘ghost workers’?

To find out who these ‘ghost workers’ are, Mary and Suri spent over five years researching the people powering on-demand ‘ghost work.’ They found that “each platform draws a range of people to it. There is no ‘typical’ worker because these platforms reflect the diversity of working people looking for employment around the world. We studied four platforms representative of the range of task-based work out there.

“We found two streams of work that cut across sectors: Businesses set up to train artificial intelligence and a growing world of platform-based work that folds people into automated responses, from text-based customer services and telehealth,” Gray explained.

“Across these four platforms, comparing workers in India and the U.S., we found that close to 70% had some college education; there was a fairly even split between women and men, with a small number of people identifying as trans or nonbinary; the average age hovered around early 30s, people’s prime earning years, but spanned all age cohorts, including retirees.”

A 2016 Pew study found that 8% of U.S. working-age adults —  roughly 20 million people — earned money doing tasks either offline or on. “That means approximately 12 out of every 100 working-age Americans have already done some form of on-demand ‘ghost work,’” Gray added. “But there are no labor unions or A Global Bureau of Labor Statistics tracking this workforce. So information and big-picture numbers are equally hard to pin down.”

How can regulators improve the rights and benefits of ‘ghost workers’?

Gray argues that first thing we must do is create a mechanism for auditing the amount of work that’s organized as ‘ghost work.’ “Until we have an accurate headcount of the number of people doing on-demand work and the hours spent on task-based work, we won’t be able to fully recognize and value this workforce.”

“If the pandemic has made one thing clear, it’s this: Our economic lives depend on every person having access to quality, equally-distributed healthcare. It makes no sense, for example, that people in the United States pay to stay home from work when sick. The economic realities, not to mention incentives, push people to work when they are sick. A pandemic makes it obvious that that’s the wrong economic model if you want to minimize the spread of disease,” Gray said.

“So there’s a business case for decoupling basic workplace benefits, like healthcare, paid leave, equal opportunity, continuing education, retirement, occupational safety, from full-time work if your workforce is distributed, generates value for multiple firms, and moves across a range of projects and tasks that have different occupational health needs.”