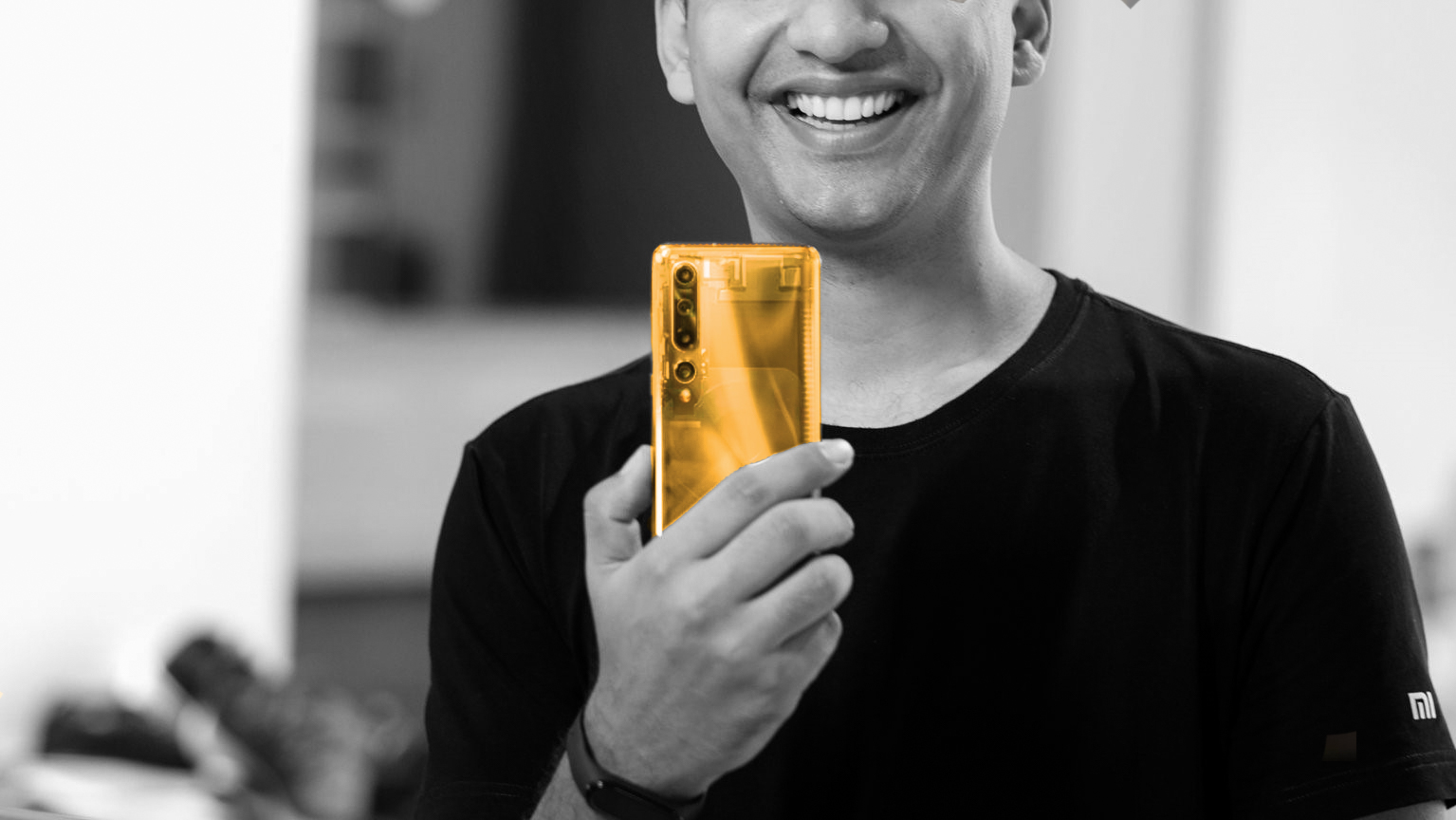 Xiaomi is a household name in the Indian smartphone market. In a matter of about five years, it went from being a nobody to the overall market leader in terms of shipments. However, its dream run is once again thwarted by a nightmare that has been haunting it since years — failing at moving up the price ladder.

The latest chapter in this story came with the launch of the Mi 10 in India. It was supposed to be a big day for Xiaomi. It was finally returning to the elusive flagship smartphone space of India, one that it gave up on a couple of years ago; but ended up being followed by countless comments on how the device was criminally overpriced and how nobody would consider a premium Xiaomi device.

This isn’t the first time Xiaomi India will have to bear this criticism. It happened with the Mi 5 in 2016, it happened with the Redmi K20 series in 2019, and the Mi 10 is probably not going to be the last time either. One may wonder, why is the company so hesitant on playing out of its comfort zone while it already has a respectable lead in the budget segment, which comprises 95% of the Indian smartphone market?

The simple answer is profits. India’s budget segment is famous for being unforgiving, and Xiaomi played a huge part in shifting the scale, and thus, consumer expectations. However, the same price war has also forced manufacturers to operate at slim profit margins in hopes of volume sales. The real profits almost always lie in the premium products, regardless of the brand or product category. With Xiaomi having aced the budget segment, it was now time to try and replicate the same success in other price segments.

And this concept of brands moving up the price ladder is not all that alien. It is something that every business aims for, but very few gracefully achieve. In the smartphone space, OnePlus is probably the only one that has been able to upsell consumers with each new product; an attribute that most brands only dream of. While OnePlus started as a budget brand aimed at enthusiasts, it didn’t take them long to slowly starting tiptoeing to the ultra-premium segment. It wasn’t a digestible move as many of its original adopters felt betrayed, but OnePlus continued to try and redefine the value paradigm at newer price points. For a company whose first product was priced at a mere Rs 21K, it has done an admirable job in convincing users to stick along at the Rs 60K price point.

If OnePlus would’ve given up a few years ago when the earliest complaints around its pricing emerged, we would’ve never seen a legit flagship competitor from a young brand. The constant drive of crafting a better product at each price point was what convinced users of its brand value.

Sadly, for Xiaomi, its time of re-entry to the market with the Mi 10 was arguably one of the unluckiest ones: Flagships in 2020 were significantly more expensive across the board, half the world is currently in lockdown, it was subject to import duties in India, and worst of all, its direct competitor, the OnePlus 8 series hit it out of the park with its pricing.

The OnePlus 8 series is unexpectedly cheaper in India, especially when we factor in the global pricing and the aforementioned issues. We presume this to be a case of OnePlus taking advantage of the situation and going all-in in the Indian market, while letting the Western markets take care of the profits. It wouldn’t be a surprise if it retains its segment leadership yet again.

Going a step further, the lockdown also led to unavailability of units for reviewers, leaving even fewer good points to be mentioned in discussions around the Xiaomi Mi 10 by the consumers and disheartened Mi Fans. Adding to all of that, the most prevalent comment was on their brand perception, and how “nobody would buy a Xiaomi at Rs 50K…”

Simply put, for the price-sensitive Indian market, a premium phone is also a sign of pride and ego – something which Xiaomi apparently does not bring to the table. Moreover, consumers also deem MIUI unfit for a premium product, for reasons beyond system ads. In consolation, Xiaomi did mention that the Mi 10 will not show ads in the interface.

While it’s too early for us to comment on whether the Mi 10 is a good phone or not, and leaving the brand perception bit up to the readers, it will really be an uphill task for Xiaomi to convince potential buyers of its prestige value. Having mentioned that, it would be foolish on our part to assume that Xiaomi India did not foresee any of this. After all, it is the company that understood Indian consumers and returned with market-redefining products, over and over.

Brand perception can not be changed overnight

Hate #OnePlus as much as you want for increasing its prices YoY, but it is still the only company that has successfully been able to do so without significant flakIf it’d remained a budget brand for enthusiasts, it would’ve never grown or thrived(Context: #Mi10 price)May 9, 2020

Xiaomi India probably knew what it was getting into with the Mi 10. But what it also knows is that it can take years to build a brand image. It successfully got out of the “Chinese company” stigma, when all the odds were against it, by consistently putting out great products. If it hopes to be a respectable player in the premium space, it will have to do the same – consistently show the Indian market what it is capable of.

Xiaomi would’ve faced the flak regardless of when it would’ve re-entered the Indian market. It just so happened that the Mi 10’s launch fell at a rather unfortunate time. But the Mi 10 is also a way for Xiaomi to actually gauge the market with its first real flagship and better understand what the consumers expect at this price point. That feedback, combined with a steady stream of great products is the only way to convince Indian users. For example, it is now clear that MIUI will need a facelift if it wants to appeal to more users.

It is neither going to be easy nor quick, but it is only after a few generations that consumers will actually start associating Xiaomi with the premium segment. Building a brand’s reputation can take years, and with the Mi 10, Xiaomi takes the first big step towards securing its place at higher price points. The Mi 10 is unlikely to be able to beat the OnePlus 8 series, but it did capture everyone’s attention. The route ahead is practically just repeating the process with each new generation of its core flagship series, in a way that consumers start associating Xiaomi with the premium segment. That will have to be followed by increased marketing spend as well. A good product is only a small part of a successful marketing mix, with convincing pricing, promotion and accessibility also playing a huge role.

The reason why the Xiaomi Mi 10 is so expensive in India also highlights why seemingly established companies such as HTC, Sony, Motorola and others have slowly been pushed to irrelevancy. Firstly, it is one of the only devices from the house of Xiaomi that is not made in India, directly subjecting it to a 20% import duty. There has to be enough demand for Xiaomi’s flagships to consider investing in new production lines which are capable of handling something so high end. It’s a chicken and egg situation, where neither will happen without the other.

Further, it will also have to be followed by making servicing and parts available throughout the country, which again is a huge fixed cost for a product that will not be fast-moving. The same goes for software support. Moreover, Xiaomi operates at pretty slim profits margins (~5%), which hinders its ability to have different prices in some regions to make up for more competitive pricing in others.

Xiaomi has never really dealt in the ultra-premium space. The Rs 20-35K segment will be left for affordable flagships from Redmi and Poco, while Mi will try to carve out a name for itself at the higher price points. Every company wishes to succeed at multiple price points. If Xiaomi is serious about being considered as a premium brand down the road, the Mi 10 can not be the last flagship to land in India. It knows how to make a great product at a reasonable price, now it just has to focus on how to make a marketable product.