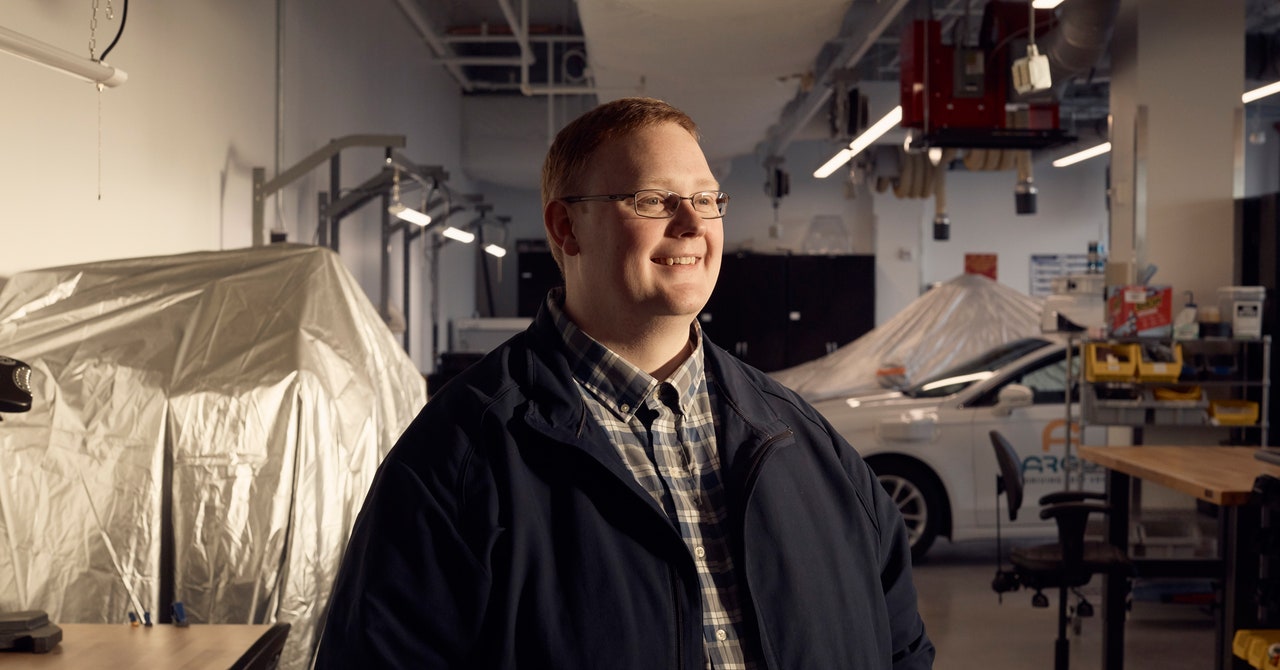 It was the sort of thing that led to frequent arguments between the two. “I wanted to make sure he wasn’t pulling in so much science and theory that, at the end of the day, we were going to get something that was robust, that would satisfy the mission,” Salesky says. But he knew beating Stanford, MIT, and other top-tier teams would require inventive thinking. “Had he not done that, we probably wouldn’t have had the right perception system.” As CMU’s robot—a Chevy Tahoe festooned with sensors and named Boss—came together, the two learned to appreciate each other’s point of view and to balance their competing drives. They became close friends and a formidable duo. Their teammates dubbed them “momma bear (Urmson)” and “papa bear” (Salesky).

When race day rolled around in November 2007, Boss was set to leave the starting gate first, after an impressive showing in the qualifying round. Salesky was in charge of launching the software, and, always obsessed with quality control and detail, he checked that everything was running properly multiple times. A few minutes before the flag dropped, before the robot entered the field and escaped its creators’ control, he decided to look one more time.

To his horror, Salesky realized that the GPS had crashed, stripping the vehicle of its ability to navigate. He, Urmson, and others scrambled, replacing chunks of hardware and running diagnostic tests, while rumors of what was wrong snaked through the grandstands. Finally, the group looked beyond the robot and realized that the Jumbotron that Darpa had set up for fans might be interfering with the GPS radio signal. They asked race officials to kill the screen, and the robot’s GPS sparked back to life. Six hours later, the car crossed the finish line, giving Salesky, Urmson, and the rest of the Carnegie Mellon team the victory over rivals like Stanford and MIT, along with a $2 million prize.

Salesky walked away from the win amazed by how much the team had accomplished in 18 months and thinking about what they could pull off next. “The problem,” he says, “was funding.” Darpa was done with its Challenges. General Motors, which had sponsored Carnegie Mellon’s effort, declined to pay for a bigger push on autonomous driving—at the time, it was hemorrhaging money and headed for bankruptcy. Salesky and Urmson ended up launching a project for Caterpillar, developing autonomous trucks for use at mining operations.

They were just getting that project up and running when they received an invite to the Lake Tahoe chalet of Sebastian Thrun, who had led victorious Stanford’s teams in the Darpa Challenges. Thrun, who brought along his most impressive teammates, told the half dozen men assembled there that Google cofounder Larry Page wanted a self-driving car and was ready to pay whatever it took to get one. The Stanford group, some of whom were already working in some capacity for Google, signed on. So did Urmson.

Salesky demurred. He wasn’t ready to uproot himself and move to California for what didn’t seem a sure thing. Plus, he worried that if he and Urmson both left, the Caterpillar program would founder. It wasn’t until more than two years later, in 2012, that Urmson convinced Salesky to come out west. By that point Caterpillar’s autonomous mining trucks were en route to commercialization, and the engineer was ready for a move.

When he did join the Googlers on what was then known as Project Chauffeur (in 2016 it became Waymo, a standalone company under the Alphabet umbrella), Salesky stayed just a year. He soon tired of the tension between Urmson and Anthony Levandowski, who were fighting for control of the team after Thrun shifted to other work. (Levandowski’s 2016 move to Uber would spark a bruising legal fight between Waymo and the ride-hailing giant. The parties settled in February 2018, and in March this year Levandowski pleaded guilty to one criminal charge of trade secret theft. Salesky retreated east, only to rejoin Google about a year later, this time to supplant Levandowski as hardware lead—Urmson had won the power struggle.