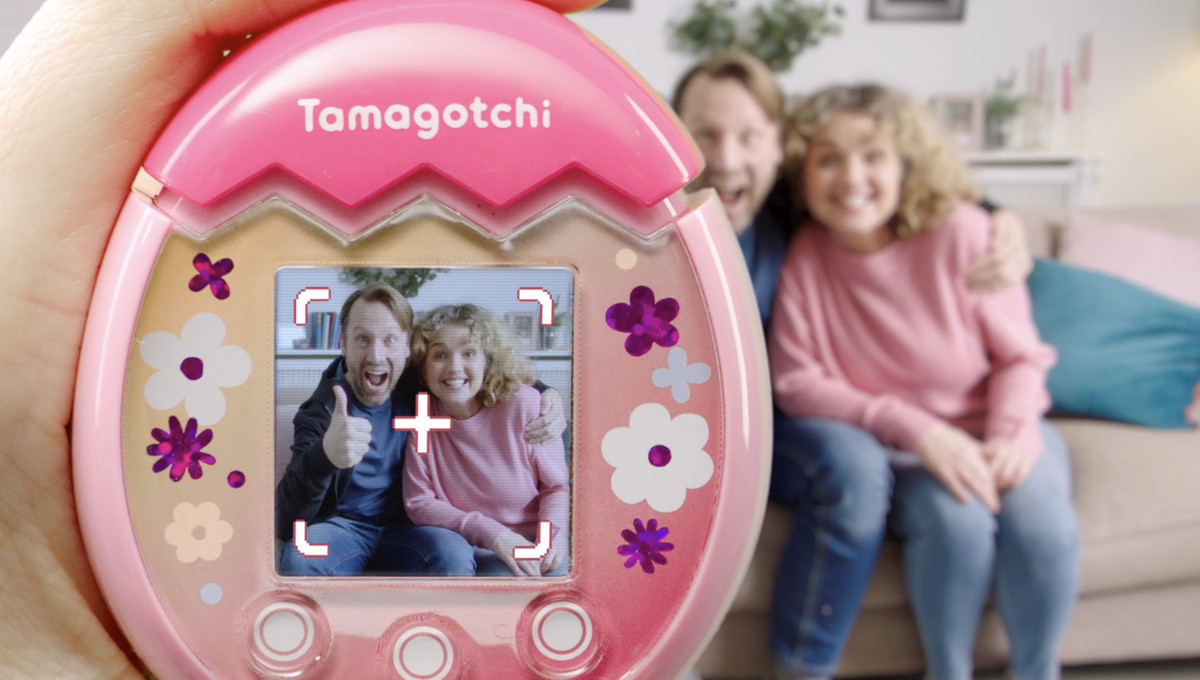 Today, Bandai is announcing the Tamagotchi Pix: a combination of its classic Tamagotchi pet-rearing toy line with a new built-in camera for taking pictures with your digital pet.

The Pix is shaped like a hatching egg, with the top part of the “broken shell” working as a shutter button. Using the camera, you can insert yourself (and friends) into photos with your Tamagotchi, with appropriately cute photo frames. We’ve reached out to Bandai for more information about the camera quality.

Photos taken with the Pix are stored locally, and any photos you take will appear in a feed that documents your time with your pet. Bandai frames this as a sort of on-device social media, but because the Pix can’t connect to Wi-Fi and sharing photos is limited, it’s not actually social. Presale for the Tamagotchi Pix starts today for $59.99.

Past Tamagotchi, like the Tamagotchi On, have used Bluetooth to connect to other devices, but the Pix is taking a less high-tech approach. If you want to share images with other Pix-carrying friends, they can take a picture of a “Tama Code.” Bandai says these codes contain the entirety of what you are sharing, so you can basically exchange pictures via QR codes. Bandai also plans to award Tama Codes for in-game items if you play games on tamagotchi.com starting in August.

Besides the camera features, Tamagotchi Pix also has new touch-based buttons in place of the usual physical ones, and several new gameplay mechanics. Have you ever wanted to influence your Tamagotchi’s future employment status off-world? Apparently, how you raise your Tamagotchi and decorate its room will now affect its future profession and what other eggs you can raise after your first Tamagotchi grows up. Tamagotchi can also engage in new activities like painting, cooking, and ordering food for delivery.

The Tamagotchi Pix captures a little bit of the feeling of Pokémon Go’s augmented reality camera. It’s not as robust — you’re just pasting your pet on a photo rather than finding them moving out in the world — but some of that AR magic is there. Obsessively documenting your pet’s life in photos might re-create some of that parent-child bond, but I think what’s more powerful is the basic feeling the Pix’s little AR photos could conjure: that you exist in the same space as your Tamagotchi and that, in some way, it’s real — even if it’s confined to a plastic egg.

The Tamagotchi Pix comes in four different colored “shells”: “floral” (pink), “sky” (purple), “ocean” (blue), and “nature” (green). Pink and purple are available for presale today, and blue and green are “coming soon,” according to Bandai.