The ThinkPad TrackPoint tried to build a better mouse 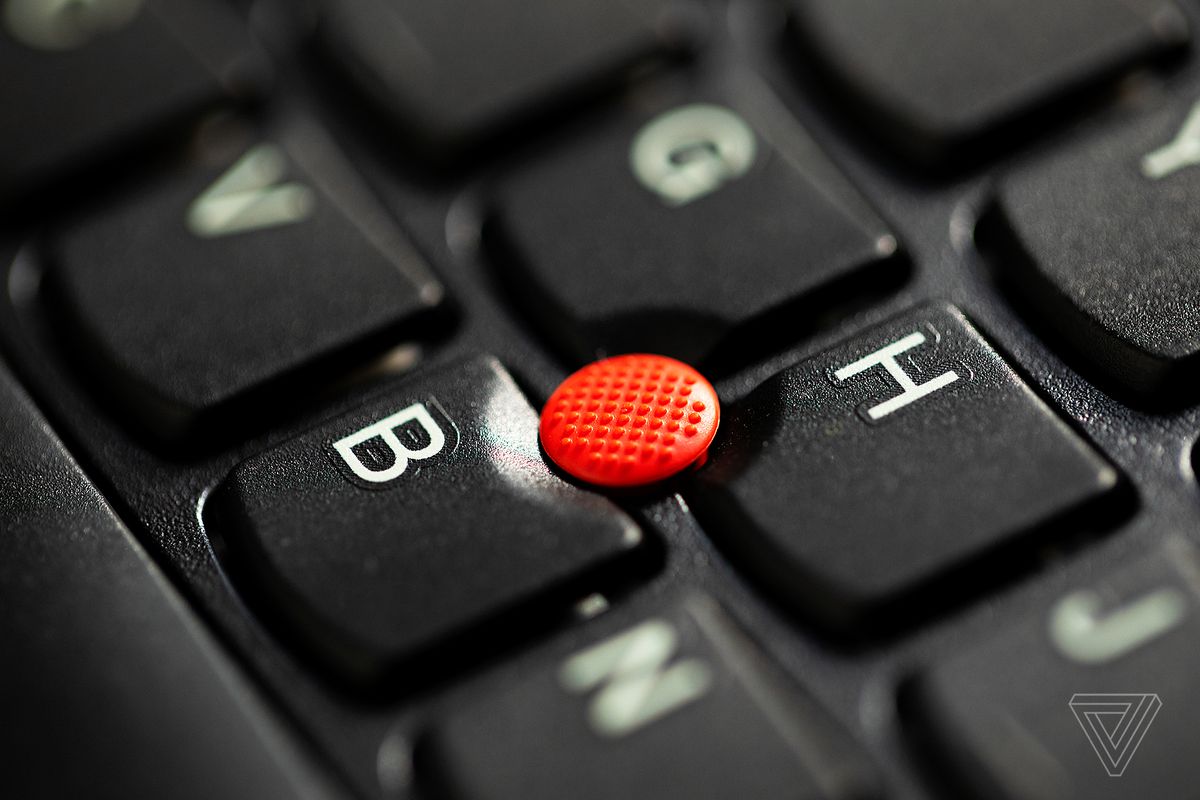 In today’s digital age, it sometimes feels like hardware has taken a back seat to the software that drives our devices. Button of the Month will look at what some of those buttons and switches are like on devices old and new to appreciate how we interact with them on a physical, tactile level.

It goes by many names: the TrackPoint, the nub, the mouse nipple, the pointing stick, the weird red dot on your keyboard. Love it or hate it, the famous — or infamous — mouse solution has practically become the symbol for ThinkPad’s business-focused laptops. It’s a well thought out, but ultimately failed alternative to the now-ubiquitous trackpad. But there’s an argument to be made that it might actually be a better form of mouse for laptops, as bizarre as it is to use nowadays.

Pioneered by IBM in 1992 (before Lenovo took over the ThinkPad branding) and persisting to this day, the intention behind the TrackPoint is fundamentally different from other input methods: namely, unlike most other forms of mice, the TrackPoint relies on pressure, not movement. With a traditional mouse or trackpad, you’re physically moving around an object in an analogous fashion to how you want to move the cursor, whether you’re moving your finger on a trackpad or an entire mouse held in your hand. The TrackPoint functions more like a tiny joystick, though. The cursor moves around based on the direction and pressure you put on the nub. Apply more pressure, and the mouse moves (or scrolls) faster.

It’s a much steeper learning curve to follow. It’s easy to understand how a mouse moves, since it translates the movement more directly. Move your hand in a circle, and the cursor does, too. Move fast, the cursor moves fast. But the TrackPoint demands more skill. You have to learn how to apply pressure to move the mouse the way you want.

Despite that initial difficulty, TrackPoint aficionados claim numerous benefits for those willing to learn. Being located in the middle of the keyboard allows for nearly instantaneous access, instead of having to shift your hands down to the trackpad every time you want to move the mouse. Combined with touch typing, the TrackPoint promises an ultra-fast keyboard experience that never asks you to shift your hands or take your eyes off the screen.

The TrackPoint does a lot of things right

There are other perks, too: The TrackPoint is infinitely scrollable, unlike a traditional mouse or trackpad, which requires repositioning your finger or hand when you reach the edge of your trackpad or mouse pad. It also takes up physically less space than a trackpad (although that’s admittedly less relevant in today’s world of larger laptops).

Not everyone agrees, of course: the TrackPoint dates back to a time where navigating documents and spreadsheets was the most important thing you could do on a laptop, and it’s harder to use it for long, smooth motions (like, say, using a pen tool in Photoshop to outline a shape). Touchpads have come a long way since the 1990s, too. Modern touchpads are miles better than they used to be, with full-fledged multitouch gestures and integrated buttons, whereas TrackPoint technology hasn’t gotten the same attention.

It’s hard to imagine now, with touchpads having become almost universally adopted as the de facto control method for laptops, but at one point TrackPoints were just as viable an option for the primary mouse input for laptops, with other major companies like Dell, HP, and Toshiba all offering the input method. In an alternate timeline, the TrackPoint, not the trackpad, could have become the dominant mouse mode on laptops, instead of the minor curiosity it is today.

The appeal of the TrackPoint is one that many — including myself — find hard to explain. And based on the relative scarcity of pointing-stick mice on most products outside of the ThinkPad universe (the only other major device that I can think of that uses one is the New Nintendo 3DS from 2014, with its C-stick), it seems that most of the world agrees.

But even today, TrackPoint fans across the internet still swear by their favorite input method and will broker no argument that it isn’t the superior form of computer navigation (the ThinkPad subreddit, for example, is full of appreciative posts). It’s like non-QWERTY keyboard layouts in that respect: well thought out, potentially better-to-use alternatives that exist only at the fringes of computing because other input methods are so much more popular, and it would take too much effort to switch.

Despite the trackpad’s supremacy, the TrackPoint still lives on: Lenovo’s top-of-the-line ThinkPad X1 Carbon laptop, for example, still offers a TrackPoint side by side with a traditional trackpad. And of course, the TrackPoint II Bluetooth keyboard seen here makes it possible for you to use a mouse nub with any computer, if you prefer. David Hill, Lenovo’s chief design officer at the time, might have said it best in 2017: “Some people get it and some people don’t; some people acquire the taste. It’s hard to explain, but I still think there’s a use for it.”