‘The Vast of Night’ Reboots the Glee of UFO Conspiracy Culture 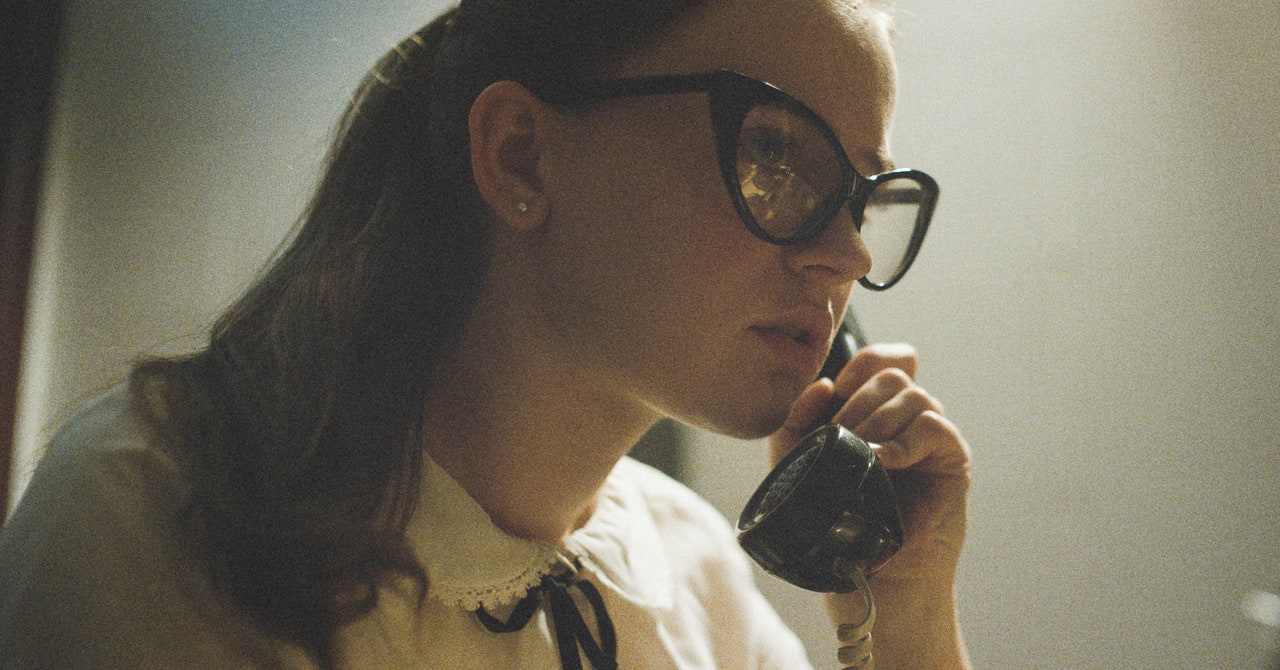 Amazon Studios’ latest release, The Vast of Night, is a movie that almost doesn’t need to be watched. Which is odd, but not an insult. Quite the opposite, actually: Ears drive the plot. The retro sci-fi thriller follows a switchboard operator and a radio DJ as they chase a mysterious sound of potentially extraterrestrial origins. Their informants are callers, disembodied and sometimes never seen at all. The film’s dialog is fast and crisp, its tension is built by strange crackles and creepy chanting and sudden silences. So much so that sometimes the movie dispenses with images altogether and cuts to black, making it feel like the spooky radio plays of yore. Your eyes will be glued to the screen anyway.

This blend of innovation and nostalgia is what’s most remarkable about The Vast of the Night, and the same is true of its release. Initially, the movie was slated to hit theaters in a completely standard way, and watching it, you can imagine a quiet weirdo movie like this being drowned out by splashier summer blockbusters. However, in a rare instance of the Covid-19 pandemic producing anything remotely positive, shuttered multiplexes necessitated a different type of release. Now, you can see the film at select drive-in theaters for just 50 cents per ticket, or you can stream it on Amazon Prime, recreating basement movie nights with your quaranteam. It’s hard to imagine a more fitting release for such a retro experimental film.

The Vast of the Night begins by telling you that it’s a television program. Lights flicker on and the camera pans through a living room to a TV playing an episode of something called Paradox Theater, which begins with a portrait of small-town America at its quaintest: the 1950s, during a high-school basketball game complete with a brass band and cartwheeling cheerleaders, in the fictional town of Cayuga, New Mexico. Everett, a fast-talking, cocksure radio host, is called in to help diagnose an electrical issue, which several people tell him is likely due to pesky squirrels chewing through the wires again. He meets Fay Crocker, a teenaged switchboard operator, and teaches her how to use her new tape recorder. Then, while the rest of the town scarfs down sandwiches and watches the game, the pair hears that eerie sound, and the tone shifts from cozy to chilling. Paranoid, potentially unreliable people tell them of underground military bunkers and lights in the sky and children who go missing without a trace.

If the setup brings Roswell to mind, that’s intentional. The Vast of Night is embroidered with references to UFO and close encounter lore, creating an extraterrestrial panic in 1950s New Mexico is just one part of it. The radio station Everett works at is called WOTW—a nod to Orson Welles’ The War of the Worlds radio broadcast in more ways than one. The TV show within the movie, Paradox Theater, echoes The Twilight Zone, right down to the sonorous narrator announcing that the viewer is slipping into a “a realm between clandestine and forgotten.” Even the basic premise—strange happenings in a rural area that might be aliens or might be a grand government conspiracy—is extremely familiar, even prefabricated. The small-town UFO hunt is something like a foundational myth for modern American conspiracy culture. The audience needs very little help dropping into that universe.

Which is good because The Vast of the Night is not interested in handholding, or answering questions. The first 15 minutes present no narrative whatsoever, just a lot of charming fast talk about horns, tape recorders, and local fauna. The camera lingers on people’s faces for minutes while they listen to other people talk offscreen. Several people frantically tell Fay and Everett that “there’s something in the sky,” but they rarely look up. Sometimes the screen goes dark. And—mild spoiler—you never find out what’s happening. At least, not really. The Vast of the Night feels spare in the way an excellent short story does: It’s compressed, nimble, and earnest. Every moment matters, every line of dialog drives plot and character. It’s a radio play with beautiful cinematography. It’s a worthy, modernized successor to Welles’ The World of the Worlds—lo-fi sci-fi at its leanest, and best.

How to set up an Apple TV and Apple TV 4K

How to make AirPods and AirPods Pro louder

How to set up an Apple TV and Apple TV 4K

How to make AirPods and AirPods Pro louder